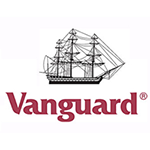 1 The year-to-date return as of the most recent calendar quarter, which ended on March 31, 2020, was -41.05%.
During the periods shown in the bar chart, the highest and lowest returns for a calendar quarter were:
4
Average Annual Total Returns for Periods Ended December 31, 2019
Actual after-tax returns depend on your tax situation and may differ from those shown in the preceding table. When after-tax returns are calculated, it is assumed that the shareholder was in the highest individual federal marginal income tax bracket at the time of each distribution of income or capital gains or upon redemption. State and local income taxes are not reflected in the calculations. Please note that after-tax returns are shown only for the Investor Shares and may differ for each share class. After-tax returns are not relevant for a shareholder who holds fund shares in a tax-deferred account, such as an individual retirement account or a 401(k) plan. Also, figures captioned Return After Taxes on Distributions and Sale of Fund Shares may be higher than other figures for the same period if a capital loss occurs upon redemption and results in an assumed tax deduction for the shareholder.
Investment Advisors
Wellington Management Company LLP (Wellington Management)

The Vanguard Group, Inc. (Vanguard)
Portfolio Managers
G. Thomas Levering, Senior Managing Director, Partner, and Global Industry Analyst of Wellington Management. He has managed a portion of the Fund since January 2020.
5
James P. Stetler, Senior Portfolio Manager at Vanguard. He has co-managed a portion of the Fund since 2012.
Binbin Guo, Ph.D., Principal of Vanguard and head of the Alpha Equity Investment team within Vanguard’s Quantitative Equity Group. He has co-managed a portion of the Fund since 2016.
Purchase and Sale of Fund Shares
You may purchase or redeem shares online through our website (vanguard.com), by mail (The Vanguard Group, P.O. Box 1110, Valley Forge, PA 19482-1110), or by telephone (800-662-2739). The minimum investment amount required to open and maintain a Fund account for Investor Shares or Admiral Shares is $3,000 or $50,000, respectively. The minimum investment amount required to add to an existing Fund account is generally $1. Financial intermediaries, institutional clients, and Vanguard-advised clients should contact Vanguard for information on special eligibility rules that may apply to them regarding Admiral Shares. If you are investing through an intermediary, please contact that firm directly for more information regarding your eligibility. If you are investing through an employer-sponsored retirement or savings plan, your plan administrator or your benefits office can provide you with detailed information on how you can invest through your plan.
Tax Information
The Fund’s distributions may be taxable as ordinary income or capital gain. If you are investing through a tax-advantaged account, such as an IRA or an employer-sponsored retirement or savings plan, special tax rules apply.
Payments to Financial Intermediaries
The Fund and its investment advisors do not pay financial intermediaries for sales of Fund shares.
Vanguard Energy Fund Investor Shares—Fund Number 51
Vanguard Energy Fund Admiral Shares—Fund Number 551
To request additional information about the Fund, please visit vanguard.com or contact us at 800-662-7447.
© 2020 The Vanguard Group, Inc. All rights reserved.
Vanguard Marketing Corporation, Distributor.
SP 51 052020
Vanguard Real Estate ETF (AMEX:VNQ)
Historical Stock Chart
From Jul 2021 to Aug 2021 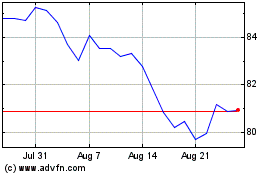 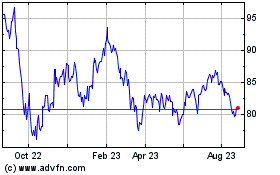 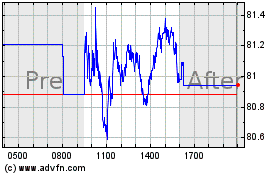