Equinor ASA said Monday that starting in 2022 it will begin submitting its energy transition plans to shareholders for an advisory vote at its annual general meetings.

The Norwegian oil-and-gas major said it will update its energy transition plan every three years, which will then go to shareholders for the vote.

"We believe the plan will allow for more active engagement and collaboration when preparing for future opportunities," Chief Executive Anders Opedal said.

The company has previously announced a set of climate ambitions and aims to achieve net-zero emissions by 2050. Equinor will announce short- and medium-term plans in support of the net-zero ambition at its Capital Markets Day on 15 June.

In addition, Equinor said Monday that it is introducing new commitments to biodiversity. It is establishing voluntary exclusion zones, such as World Heritage Sites, where it pledges not to undertake any industrial activity, and will develop a net-positive approach toward biodiversity in new projects located in protected areas or areas of high biodiversity value.

It said it will also look to support local nature conservation and restoration initiatives and commit to share more of its biodiversity data to encourage further scientific research. 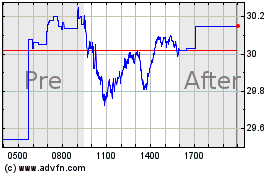