Schwab reported 3.2 million new brokerage accounts for the quarter which Chief Executive Walt Bettinger said in prepared remarks "exceeds our reported total for all of 2020, excluding the accounts we acquired as part of our recent M&A activity."

Core net new assets were $148.2 billion, Schwab said. Mr. Bettinger said those more than doubled from a year ago and rose 24% from the fourth quarter. 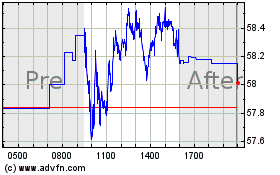