Vancouver, British Columbia -- October 25, 2022 -- InvestorsHub NewsWire -- Defiance Silver Corp. ("Defiance" or the "Company") (TSXV:DEF OTCQX: DNCVF) (FSE: D4E) is pleased to provide an update on the Zacatecas district drill program, including high grade Ag-Zn-Pb-Au mineralization in the heart of the Veta Grande vein system at the Zacatecas silver project, further extending the limits of mineralization below the 2014 resource area.

Chris Wright, Chairman & CEO, commented: "We continue to be encouraged by the expanding envelope of mineralization well outside the limits of the current resource area. The mineralized body encountered by high-grade drill holes DDSA-21-36 & 37 and then further at depth with hole DDSA-22-52 clearly demonstrates the strength of the mineral system and the exploration potential at depth outside of the current resource area. We will continue to test these structures in order to understand the limits of the mineral system for future resource planning." 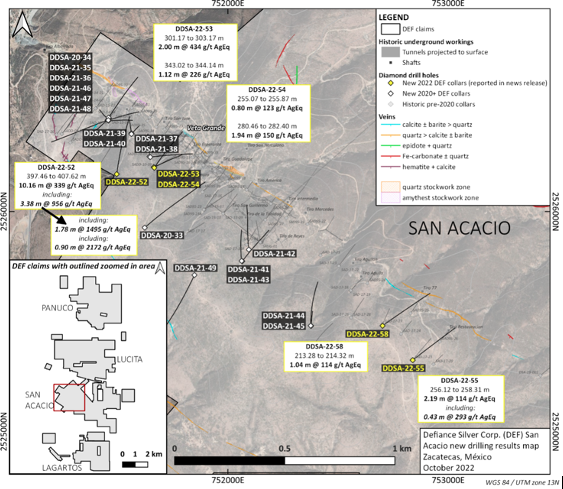 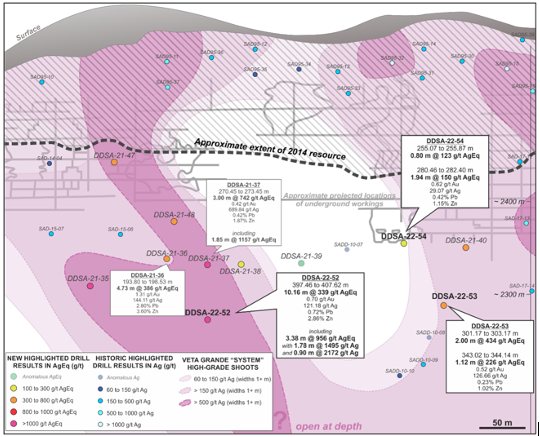 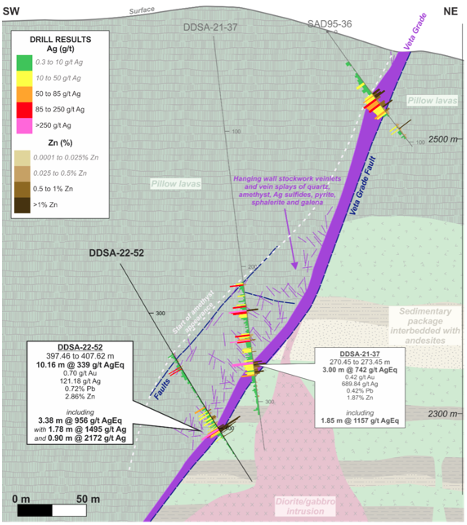 Holes DDSA-22-55 & DDSA-22-58 were designed to gain further structural information east of the Veta Grande resource area as well as to confirm historic results drilled by Silver Standard in 1995.  Structural complexity in this area has led to a poor understanding of the mineralization in this zone. The company is encouraged that drilling returned appreciable Ag grades and is in the process of further modelling this zone in anticipation of future drilling.

Holes DDSA-22-56 & DDSA-22-57 are pending analytical laboratory checks and will be released when data is finalized.

The highest-grade silver mineralization at the San Acacio project is typically associated with honey-coloured sphalerite, argentiferous galena, variable silver sulfides and sulfosalts, and spatially correlated with amethyst.  The highest-grade gold mineralization is typically associated with pyrite, brown to red-coloured sphalerite, and occasionally with hematite. The hanging wall mineralization tends to express as a more conventional vein to veinlet array morphology while the Veta Grande often occurs as a large breccia-vein with typical intermediate to low-sulfidation epithermal textures and gangue minerals.

Discussion of QAQC and Analytical Procedure

Samples were selected based on the lithology, alteration, and mineralization characteristics; sample size ranges from 0.25 – 2m in width.  All altered and mineralized intervals were sent for assay. One blank, one standard, and one duplicate were included within every 20 samples.  Standard materials are certified reference materials [CRMs] from OREAS and contain a range of Ag, Au, Cu, Pb, and Zn values. Blanks, standards, and duplicates did not detect any issues with the analytical results.

Samples were analyzed by ALS Chemex Laboratories.  Sample preparation was performed at the Zacatecas, Mexico, prep facility, and analyses were performed at the Vancouver, Canada, analytical facility.  All elements except Au and Hg were analyzed by a multi-element geochemistry method utilizing a four-acid digestion followed by ICP-MS detection [ME-MS61m]; mercury was analyzed after a separate aqua regia digest by ICP-MS. Overlimit assays for Ag, Pb, and Zn were conducted using the OG62 method (multi-acid digest with ICP-AES/AAS finish). Gold was measured by fire-assay with an ICP-AES finish [50g sample, Au-ICP22].

Zacatecas State continues to be the top producer of silver in Mexico and is one of the reasons Mexico remains the world's largest silver-producing region. The Zacatecas-Fresnillo Silver Belt is one of the most prolific silver producing areas in the world.  Production at the San Acacio mine dates to at least 1548 when Spanish colonialists mined mainly bonanza oxide ores, typically grading in excess of 1kg/tonne Silver.  The various veins were mined intermittently until the mid-1800s when an English company drove the ~2km Purisima tunnel to allow for deeper underground access and drainage.  From the late 1800s until the Mexican Revolution in 1920, mining consisted of intermittent production from bonanza grade ores.  During the Mexican Revolution, heavy fighting in the Zacatecas region led to the halt of most mining endeavors.  In the mid 1920's, a cyanide plant targeting silica rich ores and a floatation plant for complex Pb-Zn ores were built with varying success until the transition from oxide to sulphide rich ores made for recovery complexities.  In the mid 1930s the first tonnage estimate was created on the property, although the project sat mostly idle save for some stope and adit rehabilitation at Purisima and Refugio.  Production was largely dormant except for some small processing done by CIA Fresnillo in the late 1930s to early 1940s.  In the mid- 1990s Silver Standard Resources Inc. began a systematic exploration and evaluation program targeting an open pit silver mine consisting of backfill, remaining stopes and silica-rich hanging wall and footwall mineralization of the Veta Grande structure. This entry by a publicly-listed company kicked off nearly 3 decades of exploration, development, and bulk-scale processing.

Defiance Silver has been exploring the project since 2011 and has focused primarily on identifying mineral resources.  Drilling by previous operators as well as Defiance Silver from 2009 to early 2017 confirmed the presence of significant mineralizing events that provide evidence for a long-lived mineralizing system.  Drilling in late 2017 and early 2019 outlined complexities in the structural geology of the area and identified significant "down dropped" and rotated structural blocks as the company tested the Veta Grande at similar elevations where it was encountered by earlier mining and drilling.

Defiance also reports that it intends to settle $70,975 of debt through the issuance of up to 366,538 common shares of the Company (the "Shares").

Mr. George Cavey, P.Geo, V.P Exploration for Defiance Silver is a Qualified Person within the meaning of National Instrument 43-101 and has approved the technical information concerning the Company's material mineral properties contained in this press release.

On behalf of Defiance Silver Corp.

Chairman of the Board

For more information, please contact: Investor Relations at +1 (604) 343-4677 or via email at info@defiancesilver.com. 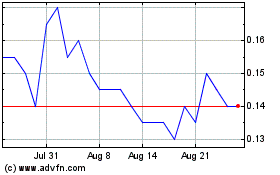 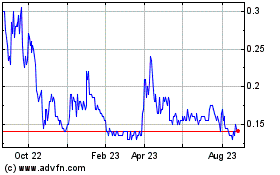 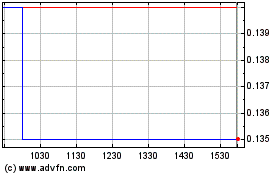