SAP SE raised financial projections for the year, following a stronger-than-expected performance in the latest period driven by the fastest growth in new cloud business in five years, the company said.

SAP reports on a IFRS basis and its forecast is based on constant currencies.

The company said it still expects software licenses revenue to decline as customers turn to the "RISE with SAP" subscription offering and expects global demand to improve in the second half of the year as the pandemic recedes with the vaccine rollout.

Chief Executive Christian Klein said SAP in the March quarter saw the highest order entry growth across cloud and software in five years and posted the strongest increase in Non-IFRS operating profit and margin in a decade.

"In the mid term SAP's expedited shift to the cloud will accelerate topline growth and significantly increase the resiliency and predictability of our business," Mr. Klein said.

The results beat Wall Street expectations, according to FactSet. 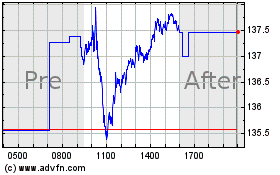