Dell Technologies Inc. said Wednesday it would spin off its 81% stake in cloud-software giant VMware Inc., a deal it said would strengthen its financial position as it looks at new markets and reach more customers revamping their digital strategies.

Dell said that VMware will pay a special cash dividend tied to the spinoff of $11.5 billion to $12 billion to the firm's shareholders, including $9.3 billion to $9.7 billion for Dell itself. The company said it intends to use net cash from the dividend to pay down debt.

Shareholders in Dell will receive roughly .44 shares of VMware for each share of Dell they own.

Dell last year initiated a process to examine its stake in VMware that included unloading its ownership interest, buying the rest of the firm or other options, The Wall Street Journal reported in June.

Shares of Dell gained 8.7% in after-hours trading. VMware's stock ticked down slightly, according to FactSet.

The spinoff is expected to be completed in the fourth quarter.

"With an even stronger capital structure, Dell Technologies is poised to further capitalize on the rebound in infrastructure and PC spend, new cloud operating models driving as-a-Service growth, compute moving to the edge, and customers' longer-term digital transformation initiatives," Dell said in a statement on Wednesday. 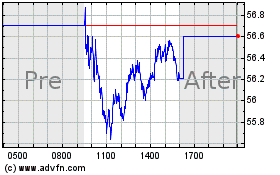