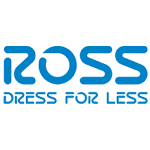 Despite their gravity-defying sales track record, the holidays were a reminder of just how much off-price retailers' fates are tied to physical stores.

Both TJX Cos. and Ross Stores' sales during the holiday season were lower than analyst expectations, down 10% and 4%, respectively, in the quarter ended Jan. 30 compared with a year earlier. For TJX in particular, its international footprint was a burden: At certain times in the quarter, the retailer had to temporarily close all stores in Europe and the majority of Canadian stores, leading to substantial sales declines. Ross Stores, which only operates in the U.S., said on a Tuesday earnings call that California, its largest market, underperformed because of shelter-in-place restrictions.

The good news is that restrictions are becoming less likely as vaccination efforts get under way. For the full year, both retailers saw their total revenue decline more than 20%, which isn't terrible considering that neither have significant online sales. Net income declined more dramatically, by at least 95% for both. Still, both managed to stay profitable overall for the year. That is a testament to the cost efficiency of their business models. Pre-pandemic, both TJX and Ross Stores boasted operating margins that were roughly double that of department stores.

The popularity of home goods has been both a gift and a burden to these retailers. While such goods have helped lift sales, TJX Cos. noted in its earnings call last week that the shift to non-apparel categories has added pressure to margins. For the full year, the home category accounted for almost 40% of overall sales at TJX, up from 33% the prior year. Of course that also means that when the pandemic lifts and consumers return to clothes shopping, TJX could get a margin boost.

The long-term picture for off-price retailers undoubtedly looks good; they have a track record of performing well during and after economic downturns. While the S&P 500 lost more than 14% of its value from December 2007 to December 2010, TJX and Ross Stores gained 55% and 147%, respectively. Both have been steadily gaining market share from department stores and intend to do more of that this year by continuing to open new stores.

There are some wild cards that the pandemic has introduced, however. Several apparel brands -- including Under Armour -- have shifted away from selling to off-price retail to preserve margins going forward. TJX argued in its earnings call that this isn't an issue because it can buy from other, newer brands. Still, it is a risk that needs to be monitored; the value proposition of discounters goes away if they stop carrying brands that customers want. The other risk is that customers are much more comfortable shopping online and directly from brands now than they were before the pandemic. Both Macy's and Best Buy noted in their respective earnings calls last week that digital sales could account for 40% of total sales going forward.

Write to Jinjoo Lee at jinjoo.lee@wsj.com 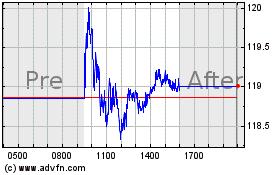