Many education officials, public-health officials and parents believe that vaccinating children against Covid-19 will play a key role in resuming normal life in time for in-person learning in the fall. That stance has led some parents to wonder: Will K-12 students be mandated to receive the vaccine to be allowed on campus this fall?

Children as young as 12 years old are now eligible to receive the Covid-19 vaccine from Pfizer Inc. and BioNTech SE. Moderna Inc. said Thursday it has asked U.S. health regulators to authorize the use of its Covid-19 shot in adolescents ages 12 to 17, setting up the potential availability of a second vaccine option for adolescents.

About 23% of youths 12 to 15 years old have received at least one dose of the Pfizer vaccine since U.S. health regulators cleared it for use among that age group last month, according to the U.S. Centers for Disease Control and Prevention.

About 51% of people are in favor of mandating vaccines for middle-school students, 56% for high-school students and 61% for college students, according to a Gallup poll of more than 3,500 adults conducted in May.

State policies regarding vaccinations will play a key role in whether schools can require Covid-19 vaccinations in a way similar to how many require shots for infectious diseases such as measles.

Schools and school districts generally don't have the authority to mandate student vaccines.

But other authorities can: namely, state legislatures or health officials acting under legislative authority, said Dorit Rubinstein Reiss, a public-health law professor at the University of California Hastings College of the Law.

The one exception is New York City, where a 2018 court case over flu vaccinations implies that city officials can likely require student vaccines in addition to the ones authorized by the state.

"This is an area that is already simply pretty highly regulated," said Ms. Reiss.

Some states such as California allow state health departments to add other vaccines to those required by law. But the health department has never exercised that allowance, said Ms. Reiss. Every one of the 10 vaccines on California's approved list has been added through the state legislature, she said.

Have state lawmakers shown an interest in mandating the Covid-19 vaccines for K-12 students?

Not really, and that isn't surprising, according to Ms. Reiss. For starters, the vaccine has only been approved for use in children 12 and up. So making an argument that a vaccine is necessary might prove hard if only half the school population can receive it, said Ms. Reiss. Lawmakers are unlikely to push for a mandate until the vaccine is approved for use by all school-age children. Another reason is that all three Covid-19 vaccines are currently approved under an emergency-use authorization, said Ms. Reiss. While that status doesn't necessarily preclude a mandate, it does weaken the legal standing.

Do school districts want the Covid-19 vaccine to be mandated?

Many are keeping quiet on the issue. New York City Mayor Bill de Blasio, who has authority over schools, indicated last week that he isn't keen on a vaccine mandate.

"I think when we get in the business of mandating, we create conflict that we don't need in this," said Mr. de Blasio. He added that increasing vaccinations by educating about their effectiveness would be better.

Los Angeles Unified School District Superintendent Austin Beutner said vaccines should be made mandatory once they have been proven to be safe and effective.

"I would expect that in the not too distant future -- I don't know if it's weeks, months or hopefully not years -- the state would mandate it. Why would we treat Covid differently than we treat measles and mumps? It doesn't make sense to me," said Mr. Beutner.

Mr. Beutner, head of the country's second-largest school district, said that he has discussed a potential mandate with state legislators for months and that when the politics around the topic are put aside, many agree that the vaccine should be required. There are differing views on when would be the right time to implement it, he said.

Mr. Beutner is stepping down from his job at the end of the month.

Nearly 50 urban school districts, including New York City, Los Angeles, Cleveland and Detroit, are offering vaccinations to students and families at school buildings, according to the Council of the Great City Schools.

What do teachers say?

The National Education Association, the country's largest teachers union, said it doesn't have a national position, and the American Federation of Teachers, the second-largest teachers union, said it isn't pushing for vaccination to be required. Randi Weingarten, the group's president, has said it is important to convince people of the vaccine's efficacy to overcome hesitancy.

How effective are the Covid-19 vaccines among children?

The results of a Pfizer-BioNTech study of 2,260 adolescents found that the two-dose shot was 100% effective at protecting against symptomatic Covid-19 in 12- to 15-year-olds.

So far, researchers haven't found evidence that the vaccines pose any additional or different risks to children versus adults. The most common side effects of the vaccine, according to the CDC, are flulike symptoms, such as fever, muscle aches and chills.

Yes, according to Dr. Paul Offit, director of the Vaccine Education Center at Children's Hospital of Philadelphia. Take the case of measles, the first vaccine to be mandated at schools in some states. According to a 2003 paper in the American Medical Association's Journal of Ethics, "Evidence showed that states with school immunization laws had rates of measles 40-51% lower than states without such laws."

Such findings led to more state mandates and strict enforcement.

"Because of those mandates we ultimately eliminated measles from this country" for a time, said Dr. Offit.

Every state requires children to be vaccinated to attend school, with inoculations for mumps, measles and rubella, as well as polio and diphtheria among the most common. But there are exemptions. Six states -- West Virginia, Mississippi, New York, Maine, California and Connecticut -- allow only medical exemptions.

Forty-four states and the District of Columbia grant religious exemptions, and 15 states allow philosophical exemptions, according to the National Conference of State Legislatures.

Hundreds of colleges and universities -- both public and private -- are requiring students to be vaccinated to participate in on-campus learning this fall.

Some public-health experts and pediatricians caution that it might be prudent to wait until more data is available before making the Covid-19 vaccine a requirement. Danny Benjamin, a professor of pediatrics at Duke University, said he would want "maximum information" on the vaccine's efficacy and mortality rates on a much larger scale than provided through the initial trials. "We're really early in the life cycle of mandating it," said Dr. Benjamin.

Dr. Benjamin, whose four children have all received the vaccine including two who were part of the initial trials, said that given the hesitancy regarding vaccines it is best not to rush to mandates. Instead, encouraging vaccinations through incentives and education would be better, he said. 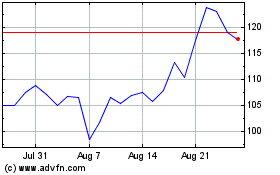 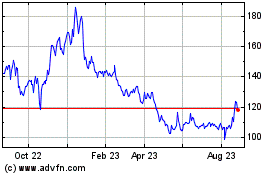