iQSTEL Inc.’s (OTCQX:IQST) market cap of $62M is absurdly low. In fact, 2021 revenues, if they continue on the current trajectory, could surpass the entire market cap by the end of the year. So, why the disconnect? There’s a relatively simple answer. IQST is under the radar of most and lacks institutional coverage provided by pay-to-play analysts. Still, that’s not entirely bad news. With value staring investors in the face, it also exposes the opportunity to invest in a rapidly growing diversified company at relatively ground floor prices.

Better yet, investors would be buying into a company in a hyper-growth mode whose value proposition is made strong from revenue streams from partnerships involving companies as small as micro-caps to Fortune 500 behemoths. The better news is that momentum is on its side. Last month, IQST reported another robust revenue update and confirmed guidance to potentially surpass $60 million in revenues by the end of 2021.

The most important part of that update is that IQST is expanding its business interests rapidly and efficiently. Its recent financials proved that point.

In fact, IQST’s most recent financials not only show a company in motion but one that is positioned for potentially exponential growth. The company is entirely debt-free and, more importantly, eliminated all toxic debts, convertible loans, and warrant obligations. Moreover, beyond strengthening its balance sheet, that accomplishment positions them ideally to uplist to the NASDAQ markets as early as Q1 of next year. That’s their intention.

But more than debt was eliminated. From an assets perspective, IQST increased those by about 33% to roughly $7.4 million. Even better, while IQST did sell some equity to accelerate its strategic initiatives, the dilutive consequence should have less impact than many might expect. In fact, IQST’s shareholder equity actually increased over the first half of the year by nearly $6 million, reaching positive equity in the process.

Now, with those accomplishments booked, IQST’s next initiative is to capitalize on a strengthening global telecom, Fintech, and EV market to increase its margins. And as global markets recover from a debilitating pandemic, they are ideally positioned to accomplish that goal.

And if they can do so, expect share prices to surge sooner rather than later. Keep in mind, they already have the assets in place to drive operating margins higher by maximizing the value of its subsidiary interests.

That’s happening now. IQST management is actively reorganizing its subsidiary operations to capitalize on overlapping market opportunities where the services of one subsidiary can be sold into the existing customer base of another and vice versa. That mission drives revenues and makes income more impactful by reducing subsidiary redundancies to achieve operational efficiencies and improve operating margins.

Success in doing so may cause history to repeat. In 2020, investors responded enthusiastically to its expansion by sending share prices from $0.05 to $2.00. While the price has since retraced to the $.0.45 level, it’s important to note that the company is better positioned operationally today compared to when shares were appreciably higher. Further, to prepare for a more senior market listing, IQST has also enhanced its public reporting standards by implementing an independent board of directors, moving from the OTC Pink reporting standard to the OTCBB, and then recently to the OTCQX. Thus, on all fronts, IQST is laying the groundwork to justify its expected surge.

But, having the pieces in place is one part of the equation. They are also putting the substantiating evidence front and center to prove the current valuation disconnect. And rather than spend 2000 words providing that information, a simple click to its SEC filings provides all the necessary information to indicate that IQST has outgrown its current valuation. It presents a bullish case for investment consideration.

And while there’s plenty in those filings, there’s more to like from a near-term catalyst perspective.

The most important catalyst in the coming weeks may have more to do with its planned NASDAQ uplist than with record-setting revenues. Indeed, it could generate substantial interest and open the investment opportunity to an entirely new investor class. Remember, many brokerage houses exclude trading in many OTC stocks. And while IQST trades on the QX, there are still some limitations. An uplist removes those barriers.

Moreover, if they get approved, expect that its current 1X expected 2021 revenues multiple will be met with broad investor interest. An update on margin expansion could add an additional multiple as well. Here’s better news. It wouldn’t be surprising to see a definitive NASDAQ uplisting announcement during Q1 2022 after the company publishes its audited annual report. There’s still more to like.

Another catalyst could come ahead of its listing application if IQST announces entering a relationship with a sponsoring investment bank for the planned uplisting. An announcement on that front could, in fact, be imminent. Historically, news of that nature has a significant impact on company valuations.

Thus, IQST is attractive to both short and long-term traders. And while a perfect storm of business opportunity supports the long-term perspective, an appreciable increase in share price could come sooner from IQST having less than 150 million shares outstanding, no convertible debt on the books, and $60 million in audited annual revenue anticipated to be reported for 2021.

Moreover, if IQST does announce a relationship with a sponsoring investment bank, IQST’s share price could reach the minimum listing requirement without a recapitalization. That is not only likely but also would represent a more than 100% increase from current levels. Hence, with momentum at its back and several potential catalysts ahead, IQST stock at these levels may present a timely proposition. Better still, acting on that consideration takes advantage of an apparent and massive valuation disconnect.

Disclaimers: Hawk Point Media Group, LLC. (Hawk Point Media) is responsible for the production and distribution of this content. Hawk Point Media is not operated by a licensed broker, a dealer, or a registered investment adviser. It should be expressly understood that under no circumstances does any information published herein represent a recommendation to buy or sell a security. Our reports/releases are a commercial advertisement and are for general information purposes ONLY. We are engaged in the business of marketing and advertising companies for monetary compensation. Never invest in any stock featured on our site or emails unless you can afford to lose your entire investment. The information made available by Hawk Point Media is not intended to be, nor does it constitute, investment advice or recommendations. The contributors may buy and sell securities before and after any particular article, report and publication. In no event shall Hawk Point Media be liable to any member, guest or third party for any damages of any kind arising out of the use of any content or other material published or made available by Hawk Point Media, including, without limitation, any investment losses, lost profits, lost opportunity, special, incidental, indirect, consequential or punitive damages. Past performance is a poor indicator of future performance. The information in this video, article, and in its related newsletters, is not intended to be, nor does it constitute, investment advice or recommendations. Hawk Point Media strongly urges you conduct a complete and independent investigation of the respective companies and consideration of all pertinent risks. Readers are advised to review SEC periodic reports: Forms 10-Q, 10K, Form 8-K, insider reports, Forms 3, 4, 5 Schedule 13D. For some content, Hawk Point Media, its authors, contributors, or its agents, may be compensated for preparing research, video graphics, and editorial content. Hawk Point Media LLC has been compensated up to four-thousand dollars cash via wire transfer by a third party to prepare and syndicate content for iQSTEL, Inc.. for a one-month period. As part of that content, readers, subscribers, and website viewers, are expected to read the full disclaimers and financial disclosures statement that is part of this content.

Other stocks on the move include AABB, IPIX, NWBO. 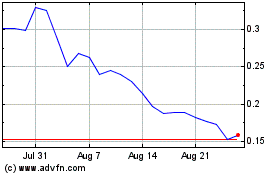 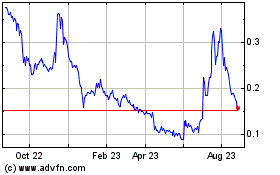 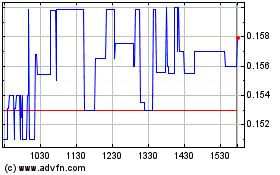