On January 30, 2015 the Company filed a Form 8-K with the United States Securities and Exchange Commission (“SEC”) in which it made certain disclosures concerning the Company’s change of place of business, certain business activities, certain professional advisor matters, plans to bring periodic financial reports with the SEC current and Company revenues for the period leading up to the date of that 8-K. Management of the Company has determined that certain Material events have occurred with respect to the above referenced disclosures on Form 8-K filed by the Company on January 30, 2015 which require the Company to update the matters disclosed in that Form 8-K

From January 30, 2015 to the date of this report the Company has realized revenues of approximately $120,000.00 (unaudited) from sales of its wellness and addiction remediation protocols. Of this amount, approximately $90,000.00 is attributable to one customer who donated the protocols to City of Stockton, CA., which, in turn, provided the programs to 112 participants who have been victims of addiction or sexual assault. There can be no assurances that such volume of product sales will be made to this individual on an ongoing basis. While these revenues are not considered to be significant or quantitatively material , management of the Company believes that they demonstrate there is a continuing demand for its products and services, however there can be no assurances that these revenues will continue.

On March 26, 2015 the Company agreed with a current shareholder who is an “Accredited Investor” as that term is defined in Rule 501 as promulgated under the Securities Act of 1933 to sell him two million (2,000,000) shares of its $0.001 par value common shares for $.10 per share for a total purchase price of $US 200,000.00. On March 27, 2015, this shareholder advanced the Company the first $US 40,000.00 of this $200,000.00. Under the terms of the agreement being finalized by the parties at this time, the remainder of the funds are to be delivered to the Company to complete this shareholder’s purchase of the shares as set forth above ($US 160,000.00) on or before April 27, 2015 and the two million shares of common stock will be delivered to the shareholder at that time. Management of the Company believes that this $US 200,000.00 investment will, together with revenues from that period be sufficient to support the Company’s operations until at least September 1, 2015. However, there can be no assurances that the investment and revenues will be sufficient to fund the Company’s operations for that period.

The Company is in the process of reviewing financial information and preparing financial statements in order for the Company to file its Form 10-K for the fiscal year ended May 31, 2014 and Forms 10-Q for the periods ended August 31, 2014, November 30, 2014 and February 28, 2015. As soon as the foregoing periodic reports are filed the Company will apply to Relist on the OTCQB. The Company believes it will be able to make the filings with the SEC and apply for the OTCQB relisting by June 1, 2015 but there can be no assurances that the Company will be successful in such efforts.

Mr. Jim Lewis was hired on November 4, 2014 as a consultant to the Company to assist in development of its 2015 roll out and expansion plans. Mr. Lewis was specifically hired to develop key relationships in California with each California county’s drug and alcohol administrators as well as the California Drug Court coordinators. In April 2015 Mr. Lewis’ responsibilities have been expanded to include development of the Company’s outpatient drug and alcohol rehabilitation services for reimbursement from several major health insurance providers as well as coordinating the Company’s behavioral health care accreditations and certifications with the State of California. 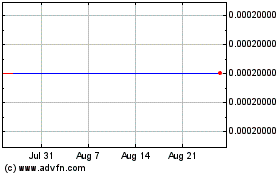 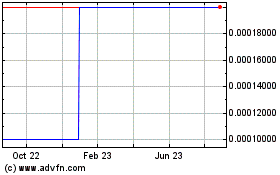 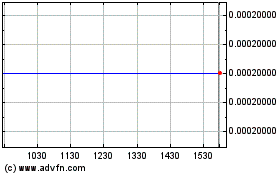