These are available under the Company's profile on SEDAR (www.sedar.com).

"We believe these recent developments will accelerate and expand our market entry on a number of fronts," said Jeff MacLeod, KWESST Founder, President and CEO, who reported as follows on the Company's various product areas.

KWESST has received notification from a U.S. military organization that its PhantomTM electronic deception system has been evaluated and selected for demonstration to address operational requirements. This comes on the heels of selection of the PhantomTM system by General Dynamics Land Systems ("GDLS") for electronic deception on board vehicles under a major new program for one of its key military customers, as announced by the Company on November 12, 2021. The demonstration will be conducted in December 2021 at KWESST's U.S. Test and Evaluation facility.

KWESST also stated today that it continues to progress negotiations with other global defense contractors for other Company products and services, including work to integrate the operational equipment and applications of defense contractors into the U.S. ATAK battlefield management software system, something KWESST has already done for its own offerings such as its TASCS Indirect Fire System (IFM) for mortars under a key U.S. military contract.

The listing of the Company's common shares on NASDAQ remains subject to the review and approval of the listing application and the satisfaction of all applicable listing and regulatory requirements, as well as including approval of a registration statement to be filed by the Company with the U.S. Securities and Exchange Commission. The Company's plan is to continue to maintain the listing of its Shares on the TSX Venture Exchange under the symbol "KWE."

On November 15, 2021, KWESST conducted a live fire demonstration of initial LEC products for investors near Toronto, Ontario, including an opportunity for investors to test fire the devices. Video footage of the demonstration along with an accompanying slide presentation will be posted on the Company's web site following the U.S. Thanksgiving holiday and will be available by Monday, November 29, 2021.

The Company added that in conjunction with its LEC products, to be launched at the 2022 SHOT Show in Las Vegas, January 18-21, it is in strategic discussions with industry partners to integrate and expand the LEC product range for accelerated revenue ramp-up and market expansion. KWESST is also evaluating possible acquisitions in the non-lethal industry.

As part of the Company's goal to expand its investor base in the U.S., KWESST Executive Chairman, David Luxton, and Steve Archambault, CFO, presented to a select group of institutions and brokers at the Capital Event Management investor conference on November 20, 2021. A copy of the presentation is posted at the Company's web site.

KWESST develops and commercializes breakthrough next-generation tactical systems that meet the requirements of security forces and personal defense for overmatch capability against adversaries. The company's current portfolio of unique proprietary offerings include its unique non-lethal Low Energy Cartridge (LEC) system with application across all segments of the non-lethal market, including law enforcement and personal defence. KWESST is also involved in the digitization of tactical forces for shared situational awareness and targeting with its signature TASCSTM (Tactical Awareness and Situational Control System) for real-time awareness and targeting information from any source (including drones) streamed directly to users' smart devices and weapons. Other KWESST products include counter-measures against threats such as drones, lasers and electronic detection. These include the autonomous GreyGhostTM soldier-portable micro drone missile system that defends against small hostile drones including swarms using high-speed kinetic impact; a Ground Laser Defence system to counter the emerging threat of weaponized lasers against personnel and the PhantomTM electronic battlefield decoy system to mask the electromagnetic signature of friendly forces with decoy signatures at false locations to deceive and confuse adversaries. These systems can operate stand-alone or integrate seamlessly with OEM products and battlefield management systems. The Company is headquartered in Ottawa, Canada, with representative offices in Washington, DC, London, UK and Abu Dhabi, UAE. KWESST trades on the TSX Venture Exchange under the symbol KWE and on the U.S. OTCQB under the symbol KWEMF. 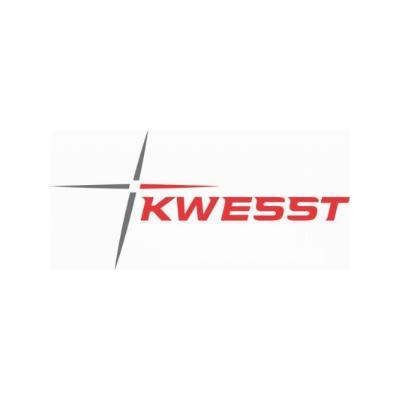 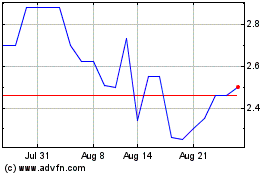 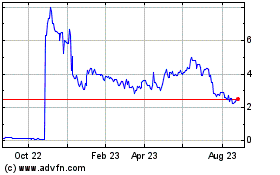 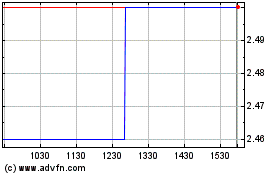