Bagsværd, Denmark, 5 August 2020 – On 11 May 2020, Novo Nordisk initiated a share repurchase programme in accordance with Article 5 of Regulation No 596/2014 of the European Parliament and Council of 16 April 2014 (MAR) and the Commission Delegated Regulation (EU) 2016/1052 of 8 March 2016 (the "Safe Harbour Rules"). This programme is part of the overall share repurchase programme of up to DKK 17 billion to be executed during a 12-month period beginning 5 February 2020.

Since the announcement as of 28 July 2020, the following transactions have been made:

The details for each transaction made under the share repurchase programme are published on novonordisk.com.

Novo Nordisk is a leading global healthcare company, founded in 1923 and headquartered in Denmark. Our purpose is to drive change to defeat diabetes and other serious chronic diseases such as obesity and rare blood and endocrine disorders. We do so by pioneering scientific breakthroughs, expanding access to our medicines and working to prevent and ultimately cure disease. Novo Nordisk employs about 43,100 people in 80 countries and markets its products in around 170 countries. Novo Nordisk's B shares are listed on Nasdaq Copenhagen (Novo-B). Its ADRs are listed on the New York Stock Exchange (NVO). For more information, visit novonordisk.com, Facebook, Twitter, LinkedIn, YouTube. 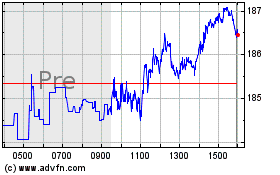