Palantir Technologies Inc. and Asana Inc. made history by both completing direct listings on the New York Stock Exchange on the same day, a milestone for the little-tested way to go public.

But Palantir's debut was mired by technical issues with Morgan Stanley software that prevented some existing investors in the company from unloading shares for much of the afternoon, according to people familiar with the matter, throwing into question whether there are more sales waiting in the wings.

The data-mining company's stock opened for trading at $10 a share around 1:40 p.m. New York time. Once it did, current and former employees of Palantir who wanted to sell some of their stake on the open market had difficulty doing so, these people said. Palantir employees use Morgan Stanley's stock-plan business, called Shareworks, which suffered from technical difficulties Wednesday. The Shareworks platform is used by many companies, not just those going public via direct listings.

By the time markets closed, Palantir's stock was worth less than it was earlier in the day. The stock closed at $9.50 -- below its high of $11.42 and its first-trade price. Still, that netted the company a valuation of roughly $21 billion, and shares remained above the $7.31 and $9.17 average prices where they had changed hands in private trades in August and September, respectively.

"We experienced slowness that may have resulted in delayed logins into our system. At all times, our call centers were available to execute trades. We will work through any issue that is brought to our attention and ensure that no employee will be disadvantaged," a Shareworks by Morgan Stanley spokeswoman said in a statement. The implication is that employees who had to sell at a lower price will be "made whole," according to a person close to the bank.

In Slack channels, former employees complained about problems getting into Shareworks as the system experienced timeouts and errors saying the website was down, according to people familiar with the communications.

Mark Green, a 53-year old retired engineer who worked at Palantir for eight years, said he struggled to sell his shares because of technical glitches. "I've been waiting 12 years," he said.

Palantir Chief Executive and co-founder Alex Karp, in an interview with CNBC Wednesday, said that he had been skeptical about the public markets but that it was important to let employees sell shares. "I believe the people who've built this company over 17 years deserved access to liquidity," he said.

The Palantir hiccup came on what was already shaping up to be a tricky day for its advisers and the NYSE. The exchange had never dealt with opening two direct listings on the same day. Given the relatively untested nature of direct listings and their complexities, some people close to the Palantir and Asana offerings had told The Wall Street Journal they weren't thrilled that two were happening on the same day.

But the listings seemed to go off without a hitch from an exchange perspective, with both stocks opening smoothly and not experiencing much volatility throughout the trading day. Critics of direct listings point to potential volatility as a drawback since there is no investment bank in place to provide buying support if shares declined, as is the case in a traditional IPO.

Doing a direct listing skirts investment-banking underwriters, allowing companies to save millions of dollars in fees. It also means the companies don't raise money for themselves. Instead, employees and early investors are typically able to cash out stock on the first day of trading as shares simply list on the exchange and advisers match buyers and sellers. Both Asana and Palantir enlisted Citadel Securities as their designated market maker and Morgan Stanley as their lead financial adviser for their debuts.

Working in Palantir's and Asana's favor was that they both entered a red-hot IPO market, one in which investors have consistently paid up for growing technology companies. Companies rushing to go public drove September to be the busiest month for initial public offerings in the NYSE's history. U.S.-listed IPOs have raised nearly $100 billion in 2020, making it the biggest year for fundraising since the tech boom and potentially a record-setting year if the pace keeps up.

Asana and Palantir became the third and fourth notable firms to use the direct-listing model. Only two other major companies -- Spotify Technology SA and Slack Technologies Inc. -- had ever completed direct listings before Wednesday. Both stocks closed above their reference price, a guidepost that is set by the New York Stock Exchange where no money changes hands. All the direct listings that have happened to date have traded above their reference prices on the first day.

Asana's shares closed at $28.80, which is 37% above their reference price of $21 and above the average price of $25.11 where private shares changed hands in August. That gave the company, which makes workplace tools for productivity and communication, a valuation of about $5.9 billion. Asana is run by Chief Executive Dustin Moskovitz, one of the co-founders and the first chief technology officer of Facebook Inc.

Palantir's debut, meanwhile, comes even as its founders have put in place one of the most aggressive governance structures ever seen. The shares of Palantir's three co-founders -- billionaire investor Peter Thiel, Mr. Karp and President Stephen Cohen -- are structured so they could become more potent as the men sell down their stakes, according to securities filings. Through a unique feature of the voting structure, Mr. Cohen, for example, could still effectively control the company by owning a tiny fraction of the shares.

The structure of a direct listing typically allows existing shareholders and employees to sell most or all of their shares immediately rather than wait for the mandated lockup of 180 days in most traditional IPOs. Palantir is taking steps to limit the supply of stock on the market by only allowing existing holders to sell 20% of their shares until early next year. That scarcity could serve to bolster the stock price.

Eliot Brown and Rob Copeland contributed to this article. 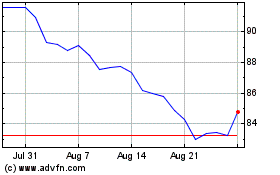 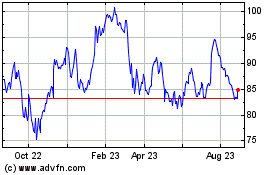 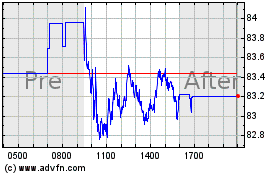