"I know this was a very difficult decision for Bethwyn," said Mark Douglas, FMC president and CEO.  "She has been an exceptional leader throughout her 12-year tenure at FMC.  As president of one of FMC's largest and complex regions, Bethwyn tripled revenue and significantly increased market share and profitability in Asia Pacific.  However, her success extends well beyond the P&L statement.  She has been an inspiring role model for all employees at FMC, and especially for women, demonstrating that professional success and personal achievement come not from luck, but rather from hard work and a passion to reach one's full potential.  Although we are disappointed, we respect Bethwyn's decision and wish her the best in her new endeavors."

In his new role, Thota will report to Douglas and will relocate to the company's Asia Pacific region headquarters in Singapore.  He joined FMC in 2012 as director of Strategy and Development, and in 2014 was named business director of FMC's non-crop business, Global Specialty Solutions.  Thota became president of FMC India in 2017, and early last year was named president of FMC U.S.A.

"Pramod is a strong leader with exceptional commercial insights," said Douglas.  "Having led our India business for four years, as well as serving on our Asia Pacific Operating Committee, he brings experience and deep knowledge of our business in one of the fastest-growing regions of the world.  I know he will build on the many advances that Bethwyn led over the last seven years."

FMC Corporation is a global agricultural sciences company dedicated to helping growers produce food, feed, fiber and fuel for an expanding world population while adapting to a changing environment. FMC's innovative crop protection solutions – including biologicals, crop nutrition, digital and precision agriculture – enable growers, crop advisers and turf and pest management professionals to address their toughest challenges economically while protecting the environment. With approximately 6,400 employees at more than 100 sites worldwide, FMC is committed to discovering new herbicide, insecticide and fungicide active ingredients, product formulations and pioneering technologies that are consistently better for the planet. Visit fmc.com to learn more and follow us on LinkedIn® and Twitter®.

Statement under the Safe Harbor Provisions of the Private Securities Litigation Reform Act of 1995:  This release contains forward-looking statements, which are based on management's current views and assumptions regarding future events, future business conditions and the outlook for the company based on currently available information. These statements involve known and unknown risks, uncertainties and other factors that may cause actual results to be materially different from any results, levels of activity, performance or achievements expressed or implied by any forward-looking statement. These factors include, among other things, the risk factors and other cautionary statements included within FMC's 2021 Form 10-K filed with the SEC as well as other SEC filings and public communications. FMC cautions readers not to place undue reliance on any such forward-looking statements, which speak only as of the date made. Forward-looking statements are qualified in their entirety by the above cautionary statement. FMC undertakes no obligation, and specifically disclaims any duty, to update or revise any forward-looking statements to reflect events or circumstances arising after the date on which they were made, except as otherwise required by law. 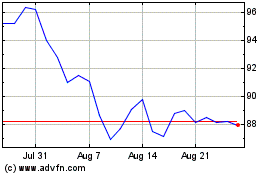 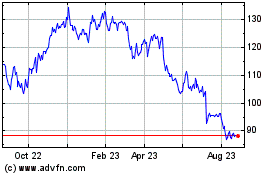 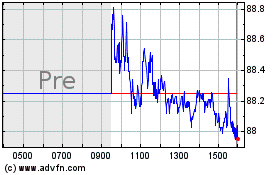