Cameco (TSX: CCO; NYSE: CCJ) today responded to the decision by President Donald Trump to implement no new trade restrictions on uranium imports into the United States following the Section 232 investigation into the matter.

“We are pleased with this decision,” said Cameco President and CEO Tim Gitzel. “Uranium supplied by Cameco or Canada for zero-carbon energy generation has never been a threat to U.S. national security, and we worked hard to emphasize that distinction throughout this process.”

The President also announced the establishment of a United States Nuclear Fuel Working Group to further analyze the state of U.S. nuclear fuel production and report back within 90 days with findings and recommendations to enhance domestic capabilities if deemed to be necessary. This initiative may broaden the range of options that could be considered to support the U.S. uranium industry beyond the trade-related remedies permitted under Section 232.

“Cameco will participate in the efforts of this working group in any way we can,” Gitzel said. “As a long-term commercial producer, employer, supplier and investor in the U.S. uranium and nuclear energy sectors, we want to see this industry succeed and grow.

“With operations on both sides of the border, Cameco also sees tremendous value in increasing cooperation between the United States and Canada to address critical mineral issues and strengthen security of supply on a North American, rather than strictly national, basis,” Gitzel said. “The recent commitment by President Trump and Prime Minister Trudeau to develop a joint action plan on critical minerals collaboration is an excellent initiative, and we see uranium being a key component of that strategy.”

The United States is the world’s largest nuclear energy market and Cameco’s largest customer by country, accounting for about 25% of our total sales by volume in 2018. Over the past 30 years we have supplied uranium to every owner of a U.S. nuclear power plant. In addition to being the largest uranium producer in Canada, Cameco was the largest uranium producer in the United States for most of the past two decades.

The uncertainty resulting from this investigation has hung over the uranium industry for much of the past year, compounding an already challenging global market. While some uncertainty will remain until the efforts of the working group are complete, the President’s decision is overall a positive outcome.

Cameco is one of the world’s largest providers of uranium fuel. Our competitive position is based on our controlling ownership of the world’s largest high-grade reserves and low-cost operations. Our uranium products are used to generate clean electricity in nuclear power plants around the world. Our shares trade on the Toronto and New York stock exchanges. Our head office is in Saskatoon, Saskatchewan. 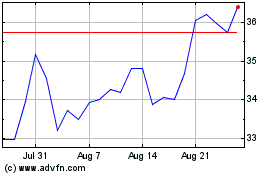 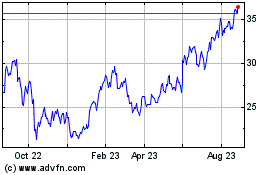 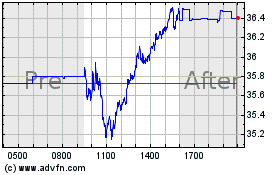