The maker of Sam Adams beer is hijacking Budweiser's iconic Clydesdales ad campaign, in an attempt to steal some attention during the publicity blitz that typically surrounds the Super Bowl.

The commercial won't be visible to most people watching the game on Feb. 7: Boston Beer Co. is only paying for the ad to air in New York and Boston, allowing it to sidestep a decadeslong exclusivity deal between television networks and Budweiser's parent, as well as saving millions of dollars in the process.

Other advertisers, including pharmaceutical company GlaxoSmithKline PLC, are also making a play for Super Bowl attention without airing national ads during the game -- an increasingly popular approach known as ambush marketing.

While approaches vary, the mission is simple: Craft a stunt creative enough that it can attract attention on social and traditional media in the weeks leading up to the game.

Boston Beer, which also makes the hard seltzer Truly, is spending $770,000 to air its ad in New York and Boston, a fraction of the roughly $5.6 million it costs for 30 seconds of airtime during the national broadcast of the game on ViacomCBS Inc.'s CBS.

"You see the Clydesdales and you immediately think Super Bowl without even saying the word," said Jeff Goodby, co-founder of Goodby, Silverstein & Partners.

It is unclear whether the horses will appear in any of Anheuser-Busch InBev's ads this year. On Monday, the world's largest brewer said it won't devote a Super Bowl commercial to its flagship Budweiser beer brand this year for the first time since 1983, pledging to redirect spending for the airtime to marketing campaigns related to Covid-19 vaccinations instead.

The company, which has been the exclusive beer advertiser during the national broadcast of the Super Bowl since 1975, will still have its usual large presence during the game, planning national commercials for some of its other brands, including Bud Light and Michelob Ultra, as well as for Anheuser-Busch itself. The company declined to say whether the Clydesdales would be featured in the Anheuser-Busch spot.

A perennial fan favorite on Super Bowl Sunday, the horses made their big-game debut in 1975 and have appeared in more than 40 Super Bowl commercials over the years. One popular spot that aired in 1996 showed the horses playing a game of football.

In the Boston Beer spot that will feature them, the Sam Adams ad character "Your Cousin From Boston" pulls the pin from a carriage hitch, sending a team of galloping Clydesdales stampeding through a quaint New England town. "Oops, I did not see that coming," the character says in his heavy Bostonian accent.

Boston Beer will also run social-media, search and online video ads that tease the content of its game-day spot. The company said it is spending roughly $2.5 million on its entire Super Bowl campaign.

The Glaxo heartburn reliever Tums will bypass TV ads altogether to more narrowly target younger audiences with its Super Bowl push. Replicating a strategy that paid off last year, it will run a sweepstakes on Twitter during the game that gives viewers the chance to play an interactive bingo game. Bingo cards will include heartburn-causing plays, such as those that involve a fumble or pass interference. The company will drive awareness of its ad effort by running social-media ads and online video ads.

Amy Sharon, brand director for Glaxo's heartburn portfolio, said its campaign will cost less than a fourth of what a Super Bowl TV ad costs this year.

Ambush marketing surrounding the Super Bowl has continued to increase as ad prices for the game have continued to rise. The price for ad time this year is up 28% from 2016, according to estimates from ad-tracker Kantar Media.

Reaping the benefits of Super Bowl buzz without buying a national ad isn't easy. Not only is it tough to find a creative idea that will tie into the hype, but the National Football League prohibits non-Super Bowl advertisers from using the words "Super Bowl" or the NFL logo in their ads.

To get around the rules, marketers often use generic football-themed images and words such as "big game." Boston Beer will use "big game" in some of its social-media efforts instead of the phrase "Super Bowl."

Over the years some brands have been successful with ambushing the Super Bowl.

A stunt for Skittles candy in 2018 involved crafting a Super Bowl ad featuring actor David Schwimmer. The catch: The ad didn't run as part of the game's broadcast. It was only shown to a single Facebook user, and viewers were able to watch his reaction as he screened the ad on the social-media platform. The campaign generated 450 media mentions, including a three-minute segment on ABC's "Good Morning America," according to Skittles maker Mars Inc.

One of the most noteworthy ambush campaigns was done in 2014 by Newcastle Brown Ale. The brewer ran a series of online video ads that featured actress Anna Kendrick using foul language to rant about how the brewer enlisted her to star in a Super Bowl ad that the company didn't actually pay to air during the game. The videos garnered millions of online views and generated more than 600 media stories.

In the videos, Ms. Kendrick poked fun at the fact that the NFL keeps tight controls on trademarks such as "Super Bowl" by attempting to bleep out Ms. Kendrick every time she mentions the word "Super Bowl."

Write to Suzanne Vranica at suzanne.vranica@wsj.com 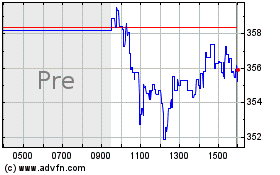