(Exact Name of Registrant as specified in its charter)

If an emerging growth company, indicate by check mark if the registrant has elected not to use the extended transition period for complying with any new or revised financial accounting standards provided pursuant to Section 13(a) of the Exchange Act o

On October 12, 2020, Daniel E. Pittard provided notice to the board of directors of WD-40 Company (the “Company”) that he will not stand for re-election as a director at the Company’s December 2020 annual meeting of stockholders. Mr. Pittard has been a director of the Company since 2016. He presently serves as a member of the audit and corporate governance committees of the board of directors. Mr. Pittard will continue to serve as a director until the December 2020 annual meeting of stockholders.

Grant of Modified Form of Equity Award to Executive Officers

Consistent with disclosures included in the 2019 Proxy Statement and as updated below, on October 12, 2020, the Committee awarded grants of restricted stock units (“RSUs”) and market share units (“MSUs”) to the Company’s executive officers, including the 2019 NEOs, for fiscal year 2021. In addition, the Committee approved and awarded a modified form of performance-based equity compensation previously referred to as Deferred Performance Units (“DPUs”). The DPUs have been replaced by awards of Performance Share Unit Restricted Stock Awards (“Performance Share Units” or “PSUs”) that provide for issuance of restricted shares of the Company’s common stock upon vesting rather than being deferred until termination of employment. A description of the PSUs is provided below.

The RSUs, MSUs and PSUs granted to the 2019 NEOs are subject the terms and conditions set forth in separate award agreements for each type of award (“Award Agreements”) providing for the issuance of shares of the Company’s common stock (“Shares”) following vesting according to the terms of the Award Agreements.

For fiscal year 2021, each of the 2019 NEOs received awards of RSUs, MSUs, and PSUs as detailed in the following table:

The form of Award Agreement for the PSUs awarded to the 2019 NEOs on October 12, 2020 provides for performance vesting over a performance measurement period of one fiscal year ending August 31, 2021 (the “Measurement Year”). A number of PSUs equal to an “Applicable Percentage” of the “Maximum Number of PSUs” awarded to the 2019 NEOs (as noted in the table above) will vest as of the conclusion of the Measurement Year (“Vested PSUs”). The Applicable Percentage is determined by reference to the performance vesting provisions of the Award Agreement as described below. Upon certification of achievement of the performance measurement as described below, each Vested PSU will be settled by issuance of one share of the Company’s common stock (a “PSU Share”) as of the earlier of the 3rd business day following the Company’s release of earnings for the Measurement Year or November 15 of the fiscal year following the Measurement Year. The PSU Shares will be subject to a legend condition restricting transfer of the PSU Shares until termination of the recipient’s employment.

The PSU Award Agreements provide for pro-rata vesting in the event of termination of employment during the Measurement Year by reason of death, disability or Retirement (as defined in the Award Agreement and as described with respect to the RSUs and MSUs in the 2019 Proxy Statement).

The Award Agreements for the RSUs, MSUs and PSUs granted to executive officers on October 12, 2020 include other technical provisions, including provisions to clarify vesting upon a change in control of the Company and provisions to clarify intended compliance with the requirements of Section 409A of the Internal Revenue Code of 1986, as amended. The descriptions of the terms and conditions for the PSUs and changes in the terms and conditions for the RSUs and MSUs herein are subject to, and qualified in their entirety by, the respective forms of the Award Agreements that will be included as exhibits to the Company’s annual report on Form 10-K for the fiscal year ended August 31, 2020. 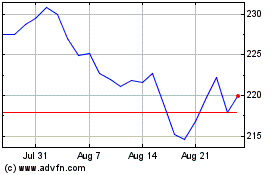 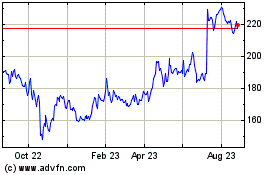 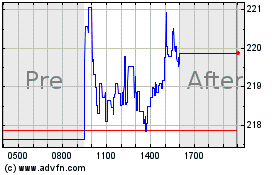