Electronic Arts Inc. said Monday it is acquiring Glu Mobile Inc. in a $2.4 billion deal aimed at growing an area of business in which the videogame giant has had mixed success.

The all-cash deal, which is expected to close in the quarter ending in June, will bring Glu's mobile games such as "Kim Kardashian: Hollywood," "Diner Dash" and "MLB Tap Sports Baseball" to EA. Glu shareholders will receive $12.50 in cash for each share of Glu, representing a 36% premium to Glu's closing price Friday, EA said, adding that the transaction will immediately contribute to its net bookings -- a key industry sales metric that excludes deferred revenue.

"We did this deal because we believe mobile is the fastest-growing platform on the planet" for videogames, EA Chief Executive Andrew Wilson said in an interview. "The combination of these two companies creates a market leader in lifestyle and sports."

Mr. Wilson added that Glu will be able to build games based on EA's intellectual property and take advantage of its marketing expertise and global presence to grow. Glu, which has about 800 employees, will be integrated into EA but continue to work independently on the games in its portfolio.

"As successful as they've been, they haven't had great international reach yet," Mr. Wilson said. "This is an opportunity for us to help them unlock that door."

EA is the second-largest U.S. videogame publisher by market capitalization after Activision Blizzard Inc. The game industry has benefited greatly over the past year from pandemic-fueled demand for at-home entertainment, which has led to a surge in investment and acquisition activity. Mobile games accounted for about half of the nearly $175 billion that consumers world-wide spent on videogame software last year, according to estimates from analytics firm Newzoo BV.

EA is best known for making console and computer game franchises such as FIFA and Battlefield. It has several popular mobile games in its portfolio, including "Star Wars: Galaxy of Heroes," though none are recent releases and mobile makes up the smallest -- and slowest growing -- portion of the company's net bookings. In the holiday quarter, typically the company's most lucrative period, mobile net bookings grew 3% to $191 million and EA had more than 100 million monthly mobile players.

Glu, founded in 2001 as Cyent Studios and renamed later that year as Sorrent, went public in 2007. Chinese internet conglomerate Tencent Holdings Ltd. is Glu's largest shareholder, with a roughly 15% stake that it purchased in 2015.

The company, which exclusively makes mobile games, last said it had 14 million monthly players in the September-ended quarter. Glu gained notoriety in 2014 when it teamed up with reality TV star Kim Kardashian on her eponymous mobile game, which remains one of its most lucrative titles to date. Glu has grown partly through acquisitions of popular games such as "Covet Fashion" and "Design Home."

Glu's MLB title would add baseball to EA's sports portfolio, which includes Madden NFL, NHL and UFC, among others.

EA has said it wants to more than double the number of gamers that play its sports games over the next five years. The company is working to close its purchase of U.K. studio Codemasters Software Co., which produces a series of auto-racing games. 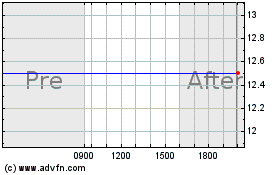