Paris, 24 February 2022: MRM (Euronext code ISIN FR0000060196), a real estate investment company specialising in retail property, today announced its results for the financial year ended 31 December 2021. This press release follows on from the review and closing of the financial statements by MRM’s Board of Directors at its meeting on 24 February 2022.

François Matray, Chief Executive Officer of MRM, noted: “All of MRM’s management indicators were positive in 2021. Thanks in particular to its excellent letting activity, annualised net rents rose further, portfolio occupancy rates went up and the portfolio value increased. Net operating cash flow was well above the level reached in 2019, the last year before the health crisis. At the same time, we have refinanced all of our bank debt maturing between June 2022 and June 2023, under satisfactory terms reflecting the quality of our portfolio and with a maturity period of seven years. This was one of our main priorities for 2021.

On the back of its solid financial position, MRM can focus fully on managing its portfolio of diversified retail properties with a view to capitalising on their remaining potential for value creation and continuing to adapt it to changes in retail. Taking environmental and social factors into account will be a key aspect of our action plan as well. Bricks-and-mortar retail still offers a promising future if it is managed dynamically, with a pragmatic vision in line with changing consumption trends. Finally, despite the disposal of two non-strategic assets in 2021, we reiterate our target of annualised net rents of at least €10 million on the basis of the current portfolio.”

Despite the ongoing sensitive health crisis in 2021, letting activity was very brisk, with agreed rents of €1.7 million, representing 16% of the rental base. The 18 leases3 signed representing a total floor area of 10,300 sqm generated a positive reversion rate4 of 1%.

Robust letting activity resulted in improvement in all management indicators:

To date, MRM has collected 88% of rents and charges for 2021, or 92% excluding the support measures for tenants, for which accruals have been set aside.

The programme to transform the Valentin shopping centre was completed during the first half of the year, significantly enhancing the appeal of the shopping gallery attached to the Carrefour hypermarket, the leader in the Greater Besançon area.

Particular emphasis has been placed on integrating the shopping centre into its environment from the design stages, including zero net land artificialisation of more than 400 sqm despite the extension, eco-responsible accessibility, a “green worksite” charter and planting of trees. All new leases include an environmental appendix.

On a like-for-like basis, the value of the portfolio rose by 3.5%, reflecting primarily the increase in occupancy rates and net rents.

Gross rental income for 2021, corresponding to rents billed, increased by 2.5% relative to 2020 to €9.7 million after taking account of the limited impact of the spreading out of rent write-offs granted in respect of the first lockdown in 2020 and accompanied by counterparts amending the terms of leases9. On a like-for-like basis, i.e. adjusted for the impact of disposals, gross rental income was up 3.4%.

This includes in particular operating expenses of €2.5 million as well as a net expense of €0.3 million relating to tenant support measures in respect of the three lockdowns in 2020 and 2021.

After taking account of investments made during the period, the increase in appraisal values resulted in a positive change in the portfolio’s fair value of €2.6 million, compared with a negative change of €10.0 million in 2020.

As a result, operating income came to €7.6 million compared with an operating loss of €5.8 million in 2020.

Net financial expense was -€2.0 million compared with -€1.4 million in 2020. This change is due in particular to the costs related to the refinancing of the bank debt.

A condensed income statement is included in the appendix.

After taking account in particular of the -€0.2 million relating to tenant support measures, compared with -€1.4 million in 2020, EBITDA increased sharply by 45.8% to €4.5 million.

Net cost of debt was €1.2 million and other financial expenses related to the bank debt were €0.4 million.

Healthy financial position maintained and increase in NAV of around 5%

In December 2021, MRM took out a new loan of a total of €82.1 million with a term of seven years. This new mortgage loan is secured against MRM’s real estate portfolio. It consists of a €75.7 million credit facility which allowed for early repayment of all of MRM’s bank debt maturing in 2022 and 2023, and a €6.4 million credit facility13 to finance new investments.

Consequently, the next repayment date has been deferred to 2028.

Factoring social and environmental criteria into the operational management of properties

MRM’s environmental, social and governance policy was set out formally in 2020 in order to aggregate and monitor the initiatives taken at the level of its properties as well as to define a clear roadmap for progress, particularly with regard to energy sobriety.

MRM’s target is to reduce the energy consumption of its portfolio by 40% between 2015 and 2030, in line with the regulatory target, to the level of 42.7 kWh per sqm per year (compared with 77.1 in 2015). The Group intends to step up its investment as of 2022, thanks in particular to the credit facility taken out in December 2021.

MRM’s other priorities are the rollout of works plans related to the Tertiary decree, the contribution to the development of local economic and associative activity in accordance with a “territorial anchoring” charter adopted in 2021 and the launch of biodiversity audits with a view to implementing concrete actions at its sites.

Early 2022, a lease14 was signed with a fitness chain for the 2,000 sqm medium-sized unit vacated by Office Dépôt in January 2022 within the Carré Vélizy mixed-use development. This new retail offering, alongside Gautier, Habitat and Indiana Café, fits in fully with the momentum of the surrounding area.

At its meeting of 24 February 2022, the Board of Directors decided to initiate the reverse stock split of the shares making up MRM’s share capital at a ratio of 20 existing shares with a par value of €1 for one new share with a par value of €20, in accordance with the authorization and delegation of powers granted by the general shareholders’ meeting of 24 June 2021. The reverse stock split will begin on 21 March 2022 and end on 20 April 2022, the first day of trading of the new shares.

Although all retailers have gradually been able to reopen their doors to the public since 19 May 2021, conditions are still characterised by the potential risk of further developments in the health crisis.

Despite the disposals carried out in 2021, MRM maintains its target of total annualised net rents in excess of €10 million, based on an assumed physical occupancy rate of 95%. This target is based on the current portfolio (excluding acquisitions and disposals).

Financial information for the 1st quarter of 2022 will be published before the market opens on 5 May 2022.

The general shareholders’ meeting will be held on 9 June 2022.

1 Like-for-like2 Proposed pay-out of dividend and premiums subject to approval at the general shareholders’ meeting on 9 June 2022. Equal to €1.80 euro per share post-reverse stock split

3 New leases or renewals4 Calculated on the basis of market rental values for premises previously under short-term lease, up 9% on the basis of rents in place5 Lease signed subject to conditions precedent

6 Including leases already signed but not yet in effect at 31.12.2021 7 An 8,600 sqm logistics warehouse let to Gamm Vert and a vacant standalone unit of 1,600 sqm8 Change in portfolio value adjusted for disposals carried out in 20219 Counterparts modifying the terms of leases in the sense of IFRS 16 (e.g., extension of lease duration, or waiver of termination rights at the next three-year break option date)10 Like-for-like changes are calculated by deducting rents generated by assets that have been sold in year n from reported revenues in year n-1.

11 Net operating cash flow = consolidated net income before tax adjusted for non-cash items12 Vs +3.9% in the income statement. In the NOCF, the spreading out of rent write-offs granted in respect of the 1st lockdown in 2020 and accompanied by counterparts amending the terms of leases, is restated on the line “Tenant support measures” 13 Credit line undrawn to date14 Subject to conditions precedent 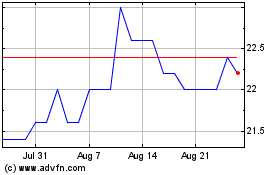 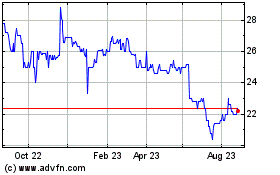 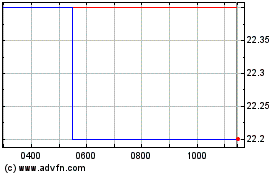