Orange said late Wednesday that it isn't working on plans for the takeover of French IT company Atos SE.

The French telecommunications company made the announcement following reports it could pursue an acquisition of Atos after a recent decision from the French State Council that enabled Orange to recover around 2.2 billion euros ($2.62 billion) as part of a long-running tax dispute.

Orange confirmed that the reported takeover won't be discussed at the next meeting of its board of directors. 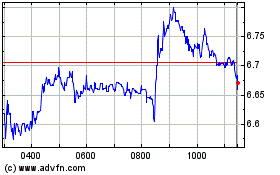