Unilever CEO Alan Jope to Retire at End of 2023

Unilever PLC said Monday that Chief Executive Officer Alan Jope has decided to retire from the company at the end of 2023 after five years in the role.

Anglo American PLC said Monday that it has started commercial copper operations at its Quellaveco project in Peru, and narrowed 2022 guidance for copper from Chile.

GSK PLC said Monday that it has appointed Julie Brown as its new chief financial officer, replacing Iain Mackay, from May 2023.

Babcock International Group PLC said Monday that its performance for the first five months of fiscal 2023 was within the board's expectations, and that the market backdrop remains dynamic.

Sainsbury's Talks with LXI REIT Over Sale of 18 Stores Collapse

J Sainsbury PLC said Monday that it is no longer in discussions with LXI REIT PLC over the sale and leaseback of a portfolio of 18 supermarket stores, due to LXI's market volatility concerns.

Next Fifteen Swung to 1H Pretax Loss as Costs Increased

Next Fifteen Communications Group PLC said Monday that it swung to a first-half pretax loss as costs increased.

Christie Group PLC said Monday that its first-half pretax profit and revenue rose amid strong demand, and raised its dividend.

RPS Group PLC said Monday that it has agreed to a 636 million-pound ($690.1 million) offer from Tetra Tech Inc. and has withdrawn its recommendation for the previously agreed WSP Global Inc. takeover.

Likewise Group PLC said Monday that pretax profit for the first half fell as costs increased.

Emmerson PLC said Monday that it has agreed with Global Sustainable Minerals Pte and Gold Quay Capital Pte to extend its loan notes commitment period and that it will place shares for further funding of its Khemisset potash project development.

Finsbury Food Group PLC said Monday that fiscal 2022 pretax profit fell after booking higher costs, and that although there wasn't any certainty yet regarding the real effect of the inflationary environment the company remained confident in its strategy.

Shares in MusicMagpie PLC plunged 40% on Monday after it said in a performance update that it now expects profit for the year to be below expectations due to the worsening economic outlook and increasing cost-of-living pressures in the U.K.

Shares in Vast Resources PLC fell Monday after it said that it will raise 656,000 pounds ($711,760) via a discounted share placing, and that it will use the funds to support company operations over the next weeks after an exporting delay.

Shares in Tavistock Investments PLC rose Monday after the company said that its fiscal 2022 pretax profit increased significantly on the disposal of its wealth division.

CPPGroup PLC said Monday that it swung to a pretax profit for the first half after booking strength in its Indian and Turkish operations, and that it is suspending dividend payments pending the completion of a strategy review.

Frenkel Topping Group PLC said Monday that pretax profit for the first half of 2022 fell slightly, but in line with the board expectations, as the company booked higher finance costs, while assets under management remained resilient despite the challenging backdrop.

Gemfields Group Ltd. said Monday that it expects to report a net profit of $56.7 million for the first half compared with $23.8 million a year earlier as it returned to its normal auction schedule.

SpaceandPeople PLC said Monday that its first-half pretax loss widened after booking higher costs, and that it anticipates that higher energy costs and inflation will have an effect on discretionary spending in the run up to Christmas.

Eckoh PLC said Monday that its performance in the first five months of fiscal 2023 was in line with market expectations.

Shares in Concurrent Technologies PLC fell 22% on Monday after the company said that pretax profit and revenue fell in the first half of 2022, and that it was suspending the interim dividend amid component supply issues.

Xpediator PLC shares fell Monday after it said first-half pretax profit fell despite an increase in revenue, and didn't declare a dividend.

0928 GMT - Although Babcock International said it is performing in line with management's expectations, it still has challenges to work through in delivering margin recovery to generate stronger cash flow and returns, Shore Capital analyst Robin Speakman says in a note. For the engineering company, not least of these will be the effect of inflation on labor costs, Speakman says. "No doubt much of this should be able to be passed on under contract terms, but we still await additional guidance on stranded cost lines etc.," Speakman says. Shore Capital rates the stock hold. Shares are down 0.5% at 304.40 pence. (anthony.orunagoriainoff@dowjones.com)

0928 GMT - Next Fifteen Communications Group's earnings for fiscal 2023 look set to benefit from favorable forex movements and the company could receive a further boost if trends persist, Peel Hunt analyst Jessica Pok says in a research note. While shares have suffered since the announcement of a competing bid for M&C Saatchi, Pok says the brokerage hopes to see an outcome on the matter by year end, adding that, with or without the asset, Next Fifteen looks set to be able to continue to deliver. Peel Hunt upgrades the stock to buy from add and has a target price of 1,580 pence. (kyle.morris@dowjones.com) 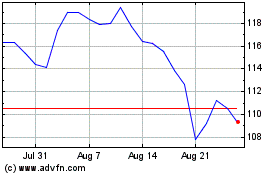 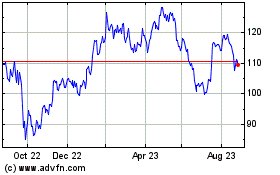 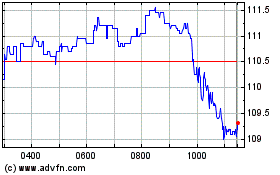