Check the appropriate box below if the Form 8-K is intended to simultaneously satisfy the filing obligation of the Registrant under any of the following provisions:

The Company will pay a transactional administrative fee in the amount of $50 for each new Purchased Receivable purchased by SouthStar and an amount equal to 0.25% of the face amount thereof for any handling, collecting, mailing, quality assuring, insuring the risk, transmitting, and performing certain data processing services with respect to the maintenance and servicing of the Purchased Receivables.

The Company also agreed that if SouthStar does not purchase during an annual period an amount of Purchased Receivables which exceeds $2,000,000 per calendar year (the “Minimum Amount”), the Company will pay to SouthStar an additional amount equal to what the charges provided for in the Agreement would have been on the Minimum Amount, not to exceed $70,000, less the actual charges paid by the Company to SouthStar during the period.

By executing the Agreement, the Company made certain representations, warranties and covenants and agreed to certain provisions setting forth events of default that are standard for agreements of this type. In case any event of default occurs and is not waived, SouthStar may (i) immediately terminate the Agreement, at which time all amounts due and owing shall immediately become due and payable without notice, institute default pricing on any and all open invoices and retain a reserve account from payments from all the Company’s accounts that are collateral; (ii) take possession of collateral with or without judicial process; (iii) seek to place the Company into receivership, or other applicable state law process, and request a court to appoint a receiver over the Company; (iv) take control of goods relating to any account; and (v) enforce all rights which it may have with respect to the security interest granted to it pursuant to the Agreement, and specifically, not by way of limitation, to notify and require the U.S. Post Office to deliver the Company’s mail to SouthStar, and to open the Company’s mail and take and endorse for deposit in the name of the Company all payments received upon any of the Company’s accounts and to deposit same for benefit of SouthStar. The Company is required to pay to SouthStar all other damages, costs and losses caused to SouthStar by reason of a default, including, but not limited to reasonable attorneys’ fees, court costs, other collection expenses and all other expenses and costs incurred or paid by SouthStar to obtain performance or to enforce any of the Company’s covenants or agreements included in the Agreement. In addition to the charges and other fees and obligations included in the Agreement and due to the additional administrative burden caused by an event of default, the Company also agreed to pay an additional default service charge of 5% of the amount of each account collected by SouthStar following the Company’s default.

The Company has agreed, except in the case of fraud or the willful misconduct of SouthStar, to indemnify and hold SouthStar harmless from all claims asserted against SouthStar subsequent to the Effective Date or the factoring documents, including reasonable legal fees and costs incurred by SouthStar in defense thereof. The Company also agreed to waive every present and future defense, cause of action, counterclaim or setoff, which the Company may now have or hereafter may have, to any action by SouthStar in enforcing the Agreement.

The Agreement is an exclusive agreement. The term of the Agreement began on the Effective Date and will continue for an initial term of 12 months from the first day of the month following the date that the first Purchased Receivable is purchased. Unless terminated by the Company, the Agreement will be renewed every 12 months thereafter. (Together, the initial term and any renewal terms are referred to herein as the “Term.”) If the Agreement is terminated by the Company for any reason whatsoever prior to the expiration of the Term, the Company will pay to SouthStar an early termination fee equal to 50% of the amount of the charges and 100% of other accruals provided for under the Agreement, multiplied by the Minimum Amount, calculated for the period of time that remains on the Term, not to exceed $35,000.

On the Effective Date, Zaman Khan, the Chief Executive Officer of Sysorex, Inc., and Vincent Loiacono, the Chief Financial Officer of Sysorex, Inc., each executed a Validity of Collateral Guaranty (the “Guaranty”) in favor of SouthStar. The Guaranty secures each and every obligation and debt of the Company under any and all agreements between the Company and SouthStar including, but not limited to, the Agreement. Upon the occurrence of an event of default under the Agreement or the Guaranty, such event of default shall be deemed an event of default under any and all agreements between the parties, and SouthStar, in its sole discretion, shall be entitled to assert any and all rights and remedies against the Company or the Guarantor. The Company is in discussions with SouthStar to amend the Guaranty to only apply to the extent there is any wrongdoing by the applicable officer; however, the Company cannot provide any assurance that such amendment will be agreed to.

The information set forth in Item 1.01 of this Current Report on Form 8-K, to the extent required by this Item 2.03, is incorporated herein by reference. 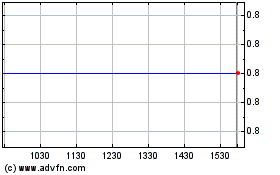