Many OTC stocks are easily overlooked because they don't get the coverage of peers traded on national exchanges and consequently very few investors have the opportunity to know about them. A perfect example is the recent closing of a reverse merger increasing sales by over 700% and adding sizable international operations of private Biocogency into Rafarma Pharmaceuticals (OTC: RAFA) where the RAFA share price has not yet reflected the new added value.

On October 19, 2020, the merger of Biocogency into Rafarma was announced and went unnoticed. Although important metrics to determine share valuations have soared as a result of the merger, the share price has not yet caught up reflecting the new increased valuations simply because nobody knows about it yet. As word is likely to spread soon, the share price is expected to begin climbing to more fair and reasonable market valuations that could exceed expectations.

Biocogency owns PJSC "Krasfarma", the largest Russian chemical and pharmaceutical production company with more than 50 years of experience in the production of drugs that meet all national and international quality standards.

The Company helps meet the growing needs of health care for high-quality, effective and safe generic pharmaceuticals as well as development and production of innovative pharmaceutical products. Production systems with a strong emphasis on safety are carried out through a coordinated interaction of their quality control department, commercial department, logistics service, and scientific information department and pharmacovigilance services.

A rich history is not the most important thing in the modern pharmaceutical industry. To keep the quality of products on a permanently high level, a program of production modernization is being realized: investments in the company include new industrial lines, engineering systems and control systems, as well as new pharmaceutical products.

Safe and effective generic medicines of PJSC "Kraspharma", which are not inferior in clinical efficacy to the original, but sold at affordable prices, have won the trust of both doctors and patients.

Today PJSC "Kraspharma" is the Eastern Europe and Russia undisputed leader in the production of:

Most of the drugs produced are included in Vital and Essential Drugs List (VED) approved by the Government of the Russian Federation.

The products of PJSC "Kraspharma" are sold in Russia, Eastern Europe, Central Asia and in the countries of the Asia-Pacific region.

This transformative merger starts by restating Rafarma 2019 sales from $11.4 million to $84 million and delivers impressive growth rates of close to 50%.

The Biocogency group includes Russia-based drug companies Bebig and PJSC Kraspharma and industrial firm Slavich. Bebig is focused on developing therapies and diagnostics for cancer care in the Russian markets, including supplying microsources for the treatment of prostate cancer using low-dose brachytherapy. Kraspharma, Russia's largest chemical and pharmaceutical production company (and crown jewel of the merger), and Slavich, a manufacturer of a variety of products including packaging goods, materials for microelectronics and photo materials, are both steeped in corporate history going back half a century or more in Russia.

Biocogency also brings leadership committed to growing value as measured by the fact the deal was structured to be non-dilutive to existing RAFA shareholders. To that point, Ilia Shpurov has assumed the position of Chairman of the Board, bringing decades of entrepreneurial – and biotech – success to RAFA.

What's in it for RAFA? An Immediate Spike in Revenue and Profits

The merger with Biocogency is a game changer for RAFA operations and the top and bottom lines. Consider that in 2019, RAFA generated revenue of approximately $11.4 million and gross profit of $3.4 million. In the latest quarter, ended July 31, 2020, Rafarma reported revenue of $5.3 million and gross profit of $3.1 million, according to filings with OTC Markets Group.

Those results are going to get an immediate shot of adrenaline.

During fiscal 2019, the Biocogency group reported unaudited consolidated earnings of $73 million and gross profits of $17 million. As a course of becoming fully reporting and planning to uplist, the financial results are being audited and adjusted to meet GAAP standards.

Using the results from 2019, it is easy to extrapolate pro forma revenue of $84.4 million and gross profit of $20.3 million for the combined company. It is those type of financials that will underpin a move to the Nasdaq or NYSE.

More on how the price to sales ratio stacks up to industry comps are discussed here. Several Pharmaceutical market comps point to Rafarma share prices that are many multiples higher than the current price of $1.69.

When it comes to value, it certainly bears mentioning the investments that Biocogency has put into its pipeline and platforms since 2012, which management pegs at more than $120.0 million. Much of this investment has been directed by Shpurov since he bought the Kraspharma during the outbreak of the global financial collapse in 2008 for the purpose of restoring and expanding production volumes post-recession while establishing a high-tech GMP pharmaceutical manufacturer in Krasnoyarsk.

That was accomplished. Today, Kraspharma is a leading producer of wide swath of generic drugs and pharma products spanning antibiotics, blood substitutes, infusion solutions, tuberculosis and preparations for other pharmacological groups. Sales channels extend throughout Russia, Eastern Europe and the Asia-Pacific region.

The plan is for vertical growth by expanding the existing channels while leveraging RAFA relationships for horizontal growth through entering the lucrative North American markets.

In fairness, Russia alone can be a company maker. A huge net importer of medicine, the Russian government is pushing for national security in the supply chain as outlined in the Pharma 2030 Strategy. With that in mind, Statista forecasts the Russian pharmaceutical industry will grow 147% between 2017 and 2030.

During Q1, the Russian pharma market surged 125% year-over-year to about 320 billion Russian rubles (US$4.2 billion). Generic drugs typically dominate the prescription market, accounting for 64.5% of the category in 2017, meaning Kraspharma is in a strong position.

Given the sheer volume of people, Asia is another tremendous market. The Rx market in China alone is forecast to reach $160 billion by 2022, highlighting the market opportunity. With respect to the Asian drug development market, ResearchAndMarkets estimates 6.54% compound annual growth to reach $62.46 billion by 2026.

Still, the U.S. is the Holy Grail as the biggest pharmaceutical market in the world, weighing in at a whopping $484.4 billion in 2018.

With the reverse merger now closed, the newly created Rafarma Pharmaceuticals that now boasts fast-growing operations well in excess of $100 million for 2019 is decidedly undervalued when compared to industry valuations for similar companies. Management plans for uplisting and higher investor awareness programs are soon in the future which will help bring the Rafarma opportunity to the forefront resulting in substantially higher prices and trading volume.

The current price has not yet appreciated to reflect the newly increased sales and valuations and therefore presents an opportunity to astute investors who act now before the story becomes more commonly known. 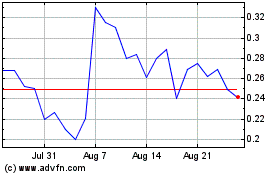 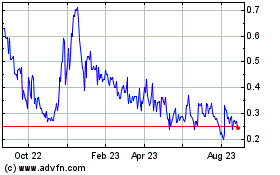 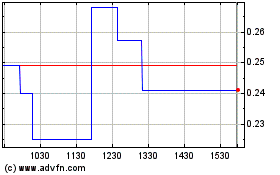