VANCOUVER, April 29, 2015 /PRNewswire/ - Jericho Oil Corporation ("Jericho" or the "Company") (TSX-V: JCO; OTCQX: JROOF),  announces the results of its 2014 year-end reserves evaluation of its Kansas properties as prepared by Petrotech Engineering Ltd. ("Petrotech"), the Company's independent reserves evaluator. The evaluation was prepared in accordance with the standards contained in the Canadian Oil and Gas Evaluation Handbook ("COGE Handbook") and National Instrument 51-101.

Highlights of the Reserve Report (all dollar amounts in $USD):

Jericho deployed capital of $5.201 million – inclusive of acquisition costs – from March, 2014 (when the Company recommenced trading on the TSX-V) to December, 2014 and achieved significant reserve value growth in all categories:

Allen Wilson, CEO of Jericho Oil, stated, "With our year-end reserves evaluation report in the books, we are very satisfied with the progress we have achieved in such a short amount of time: Since acquiring our core Kansas acreage and production in March of 2014, we have grown Proved Developed reserves by over 300 per cent, production by 150 per cent and set up a long-life of drilling inventory for future cash flow.  Moreover, we are pleased we were able to demonstrate, albeit under severe pricing conditions, our capital efficient strategy and strong reserve value growth to our shareholders.  Nothing is more exciting to me than fully executing on the strategic plan and business model we laid out to shareholders when we recommenced trading on the TSX-V in March 2014."

Below, please find the charts outlining the Present Value and Per Barrel Reserve summary of Jericho's East Kansas petroleum properties:

On closing of Jericho's Kansas acquisition its local operator purchased a 5% carried working interest (in Jericho's 50% interest) and at the start of operations was granted a further 5% carried working interest (in Jericho's 50% interest) as part of its compensation package.  Jericho is pleased with its operator's development efforts in 2014 and their continued cost cutting measures in this lower price environment.

Jericho is focused on growth through consistent, predictable and repeatable high margin conventional oil production by bringing new and proven technology to legacy, onshore basins in the U.S. Jericho has acquired a 50% interest in approximately 5,600 acres in the Mid-Continent and is actively seeking additional properties in the region. For more information, please visit www.jerichooil.com. 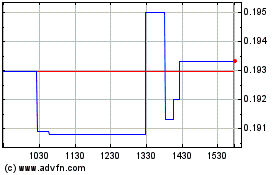