Stocks traded modestly lower Wednesday after the release of minutes from the Federal Reserve's last policy meeting, but remained above session lows scored early in the session.

How are benchmarks performing?

The minutes of the Fed's September meeting, which saw policy makers deliver a widely expected quarter-point increase, showed that a majority of policy makers believe interest rates must continue to rise (http://www.marketwatch.com/story/majority-on-fed-believe-interest-rate-policy-will-have-to-become-restrictive-2018-10-17) until policy becomes restrictive.

Minutes aren't ordinarily a source of volatility, however, the outsize focus on Treasury rates--notably a rise in the yield on the 10-year Treasury note to a seven-year high last week -- ensured they were closely read.

Meanwhile, the market continues to closely watch negotiations between the European Union and Britain as it attempts to exit from the trade bloc with a trade agreement in hand. The potential for a clash between Italy and the European Union over Rome's budget plans (http://www.marketwatch.com/story/italys-government-oks-draft-budget-that-would-widen-deficit-2018-10-15) is also in the spotlight.

Which data were in focus?

The number of new homes under construction fell 0.6% to a seasonally-adjusted annual rate of 1.201 million (http://www.marketwatch.com/story/housing-starts-tick-down-in-another-weak-month-for-residential-construction-2018-10-17) in September. The rate was 1% below last year's levels. The numbers nearly matched the consensus forecast of 1.208 million produced by a MarketWatch survey of economists.

Permits for construction of new homes also fell 5.3% in September from the month before to a seasonally adjusted annual rate of 1.241 million. The number represents a 3.7% increase year-over-year, but still was weaker than average analysts expectations polled by FactSet for a pace of 1.28 million new permits.

What were analysts saying?

"We had a big day yesterday, and today's open shows that volatility is not going away," said Jeff Carbone, co-founder of asset management firm Cornerstone Wealth Group. With interest rates markedly higher today than even one month ago, investors will remain cautious, and the early morning downturn is evidence of this change in sentiment, he said. "But when you look at the fundamentals of the economy and the market, we expect the market to ultimately move upward."

Mark Espisito, chief executive of Espisito Securities shared this optimism. "We still see a strong earnings season and a strong stock market for the next year or so," he said. "Even when there is a pullback like this morning, it's met with resistance."

He argued that the reversal of steep early morning losses in the major indexes is proof that there is "consistent buying interest when markets move down," because investors are still betting on a strong economy and strong earnings to power stocks higher.

Which stocks were in focus?

Shares of Netflix Inc. (NFLX) were on the rise a day after the company reported better-than-expected quarterly results (http://www.marketwatch.com/story/netflix-earnings-send-stock-surging-suggest-huge-decline-was-an-aberration-2018-10-16). The stock was up 3.9%

Investors soured on shares of International Business Machines Corp. (IBM), after the company announced a revenue miss following the close on Tuesday. Shares were down 6%.

Shares of United Continental Holdings(UAL) are up 6, following news that executives raised their forecasts for 2018 profits, even as it missed analysts' third quarter EPS estimates.

Auto parts retailers are having a rough day, with AutoZone, Inc. (AZO) ranking as the S&P's biggest loser Wednesday, down 7.6%. Advance Auto Parts, Inc. (AAP) was also down 6.4%.

Tesla(TSLA) stock is down 3.2%, following an SEC filling by the company saying it plans to issue $20 million in stock that will be bought by the company's founder, Elon Musk. The stock initially popped on the news (http://www.marketwatch.com/story/teslas-stock-jumps-after-elon-musk-discloses-plan-to-buy-20-million-worth-of-shares-2018-10-17), but reversed course after the market opened. The filing also announced that a federal court approved a settlement between Tesla, Musk and the Securities and Exchange Commission that has the company and its founder each paying $20 million in fines related to Musk's proposal to take Tesla private.

Shares of companies in the cannabis industry garnered investor interest on the first day of legal, recreational marijuana use across Canada. Shares of three of four major, publicly listed cannabis firms (http://www.marketwatch.com/story/a-guide-to-pot-stocks-what-you-need-to-know-to-invest-in-cannabis-companies-2018-10-15) were down in morning trading, though all have recovered some from session lows.

Aurora Cannabis (ACB.T)was hit hard after the bell, falling 12.5%, before paring losses to be down 1.2%.

Cronos Group (CRON.T)stock was down 5.8% in morning trading, while Canopy Growth Corporation(WEED.T) was down 3.9%

Shares in Aphria, Inc. (APH.T), however, rose 2.1% during morning trading.

How did other markets trade? 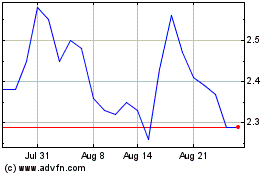 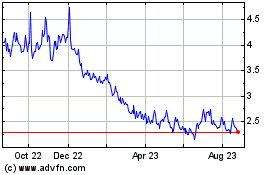 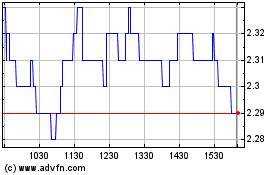