A Boehringer Ingelheim GmbH plant that has caused shortages in drug supplies will exit the pharmaceutical contract-manufacturing business, as it faces a Canadian ban on the importation of some of its drugs.

Boehringer's Ben Venue Laboratories unit, which manufactures injectable and inhaled drugs for major companies including Pfizer Inc. (PFE) and Johnson & Johnson (JNJ), will exit the contract-manufacturing business in a transition over the next several years, spokesman Jason Kurtz said Friday. Ben Venue is making the move to simplify its business model and focus on its Bedford Laboratories generics business.

The move could compound recent drug shortages affecting numerous manufacturers, which have forced some U.S. hospitals to ration or restrict use of certain drugs, and sent patients on a hunt for pharmacies with drugs in stock.

Ben Venue, which operates a plant in suburban Cleveland, will work with its customers to minimize supply disruptions. Other divisions of Germany's Boehringer Ingelheim will continue to perform contract-manufacturing services, Kurtz said.

Canada's drug regulator, Health Canada, this week restricted imports of certain drugs made at Ben Venue's Ohio plant after identifying manufacturing deficiencies there, which the regulators said could affect product quality, according to a notice posted online.

As a result, Health Canada only will allow the importation of 17 drugs treating serious or life-threatening conditions that are manufactured at the Ben Venue plant, for which there are no feasible alternatives. These include Pfizer's Torisel kidney-cancer treatment; Velcade, a multiple-myeloma treatment co-marketed by J&J and Takeda Pharmaceutical Co. (4502.TO, TKPYY); and Bristol-Myers Squibb Co.'s (BMY) BiCNU cancer drug.

Health Canada said it hasn't identified any specific risk to health as a result of the manufacturing deficiencies at Ben Venue's Ohio plant.

The regulator didn't identify in its online notice which Ben Venue-manufactured drugs won't be allowed into Canada; an agency spokeswoman didn't immediately have that information.

Problems at the Ben Venue plant have contributed to a supply shortage of J&J's Doxil treatment for ovarian cancer and multiple myeloma. Ben Venue said in July that it was experiencing manufacturing capacity restraints causing shortages for some products, which forced J&J to advise doctors not to start new patients on Doxil until the supply shortage could be resolved.

J&J spokeswoman Lisa Vaga said the company will transition to another contract manufacturer, and that during the transition, Ben Venue has committed to giving highest priority to ensuring access to important drugs such as Doxil. J&J doesn't expect Velcade supply in Canada to be affected.

Pfizer spokesman MacKay Jimeson said the company has been working with Health Canada to obtain approval for another manufacturer to supply an ingredient for Torisel, and that it's monitoring the situation to ensure patients have access to the drug.

A list of the Ben Venue-manufactured drugs that will be allowed into Canada can be found here: http://www.hc-sc.gc.ca/dhp-mps/alt_formats/pdf/medeff/advisories-avis/prof/2011/ben_ven_nth-aah-eng.pdf. 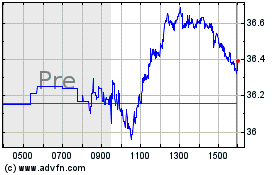