Oracle Corp. has agreed to pay $23 million to resolve allegations that it used slush funds to bribe foreign officials in return for business, the U.S. Securities and Exchange Commission said Tuesday.

The regulator claims Oracle subsidiaries in Turkey, the United Arab Emirates and India created the slush funds between 2016 and 2019. In addition to bribery, the Turkey and U.A.E. subsidiaries also used the slush funds to send foreign officials to tech conferences, and in some cases, have their families accompany them to conferences or take side trips to California, according to the agency's order.

Without admitting or denying the findings, Oracle has agreed to pay a $15 million fine and $8 million in disgorgement to settle claims that it violated the Foreign Corrupt Practices Act.

The SEC said this is the second time it has sanctioned Oracle over the alleged creation of slush funds.

The business-software giant resolved FCPA violation claims in 2012 over Oracle India's alleged use of $2.2 million in side funds to pay phony vendors. Oracle paid a $2 million fine to settle the SEC's allegations.

A representative for Oracle didn't immediately respond to a request for comment. 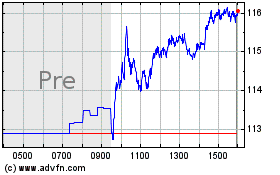