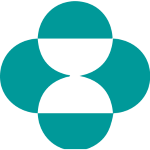 WASHINGTON -- U.S. government scientists are pushing back against calls for one-dose regimens for two Covid-19 vaccines designed to be administered with two shots, saying there isn't enough evidence that a single dose provides long-term protection.

"It is essential that these vaccines be used as authorized by FDA in order to prevent Covid-19 and related hospitalizations and death," Peter Marks, director of the Food and Drug Administration's center that oversees vaccines, told The Wall Street Journal.

Some scientists and lawmakers have called for shifting to a one-dose regimen for all the vaccines, citing preliminary studies showing one shot can be effective. They contend shifting to one shot will allow the U.S. to accelerate the pace of vaccinations.

In a letter to Acting Health and Human Services Secretary Norris Cochran March 2, seven physician members of Congress urged the department "to consider issuing a revised emergency use authorization as soon as possible" that might lead to single-dose use of Pfizer and Moderna vaccines.

"Last week, the U.S. passed a sobering milestone of over 500,000 deaths related to COVID-19," said the letter, signed by lawmakers including Rep. Andy Harris (R, MD.) and Rep. Gregory F. Murphy, (R., NC). "These are staggering statistics, and anything we can do to help prevent further tragedy -- to further protect the public health and safety of the American people -- should be fully employed."

In interviews, senior government scientists at the FDA and the National Institutes of Health said such a shift isn't warranted, saying the evidence used to approve the Pfizer and Moderna vaccines was based on two doses.

"You would be flying blind to just use one dose," said one senior scientist and adviser to President Biden. "If you're going to do something else other than follow the studies shown to the FDA, show me that this one-shot effect is durable."

Another senior U.S. government doctor said the durability of the vaccination is especially important when more-resistant strains of Covid, including those from the U.K. and South Africa, are appearing in the U.S.

"We think it's best to get people to as high a level of immunity as possible," the doctor said.

The doctor added that the pace of vaccinations is accelerating with the recent decision by Merck to help produce the J&J vaccine.

"We're going to have a good supply of vaccines very soon," the doctor said.

Paul A. Offit of the Children's Hospital of Philadelphia, who served on the FDA advisory panel that recommended the use of the Pfizer and Moderna vaccines, said those clinical trials "found a level of neutralizing antibodies [with one dose] that was significantly less than what they got with two doses."

The FDA advisory panel's chairman, Dr. Arnold Monto, also said the two-shot regimen is best for the Pfizer and Moderna vaccines. Dr. Monto, a public-health doctor at the University of Michigan, stressed the need for two doses to counter the Covid variants.

"We've got information on a two-dose strategy," said Dr. Monto. "We need high antibody levels from those doses to deal with the variants."

Others holding fast with similar views in the U.S. government are prominent infectious-disease doctor Anthony Fauci and Andy Slavitt, a senior White House adviser for Covid response. Mr. Slavitt said it would be a mistake for the U.S. government to be persuaded by just one study.

University of Minnesota epidemiologist Michael Osterholm said in testimony Thursday before the Minnesota legislature that the U.S. should consider delaying second doses so more people can get first shots.

"We could get more of our over-65 group vaccinated. I think the data will support that actually is a very effective way to go."

Two weeks ago, researchers in Israel reported that one dose of the Pfizer vaccine was 85% effective in preventing symptomatic disease 15 to 28 days after inoculation.

In the U.K, the government has opted to stretch vaccine supplies by delaying a second dose by up to 12 weeks in a bid to reach more people.

British researchers released preliminary data in recent days saying that either of two vaccines -- from Pfizer and from AstraZeneca PLC -- reduced the risk of hospitalization among people older than 70 years old by 80%, compared to people of similar ages without vaccination.

AstraZeneca is still conducting a U.S. study of its vaccine, which hasn't yet gained authorization from the FDA. 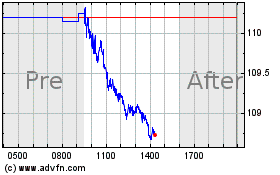