Santiago, Chile, May 29, 2020 – LATAM Airlines Group S.A. (NYSE: LTM; IPSA: LTM), announced today its consolidated financial results for the first quarter ending March 31, 2020. “LATAM” or “the Company” makes reference to the consolidated entity, which includes passenger and cargo airlines in Latin America. All figures were prepared in accordance with International Financial Reporting Standards (IFRS), including the recent adoption of IFRS16 accounting standard, and are expressed in U.S. dollars. The Brazilian real / US dollar average exchange rate for the quarter was BRL 4.46 per USD.

MANAGEMENT COMMENTS ON THE FIRST QUARTER 2020

“The first quarter results reflect LATAM’s healthy performance prior to the onset of the COVID-19 crisis, as demonstrated by the operational results, lower costs and solid liability management" said Roberto Alvo, CEO of LATAM Airlines Group.

COVID-19 has had an unprecedented effect on airlines around the world and LATAM is no exception. We entered the pandemic as a healthy and profitable airline group – yet like airlines throughout the world, we are subject to exceptional circumstances that have led to a collapse in demand and we are currently operating approximately 5% of our flights.

We are convinced that the Chapter 11 is the best path forward to minimize disruptions to the business and protect the interests of stakeholders. The Chapter 11 proceeding is markedly different from the concept of liquidation, “quiebra” or “bancarrota” as understood in many other jurisdictions outside of the United States. Rather, it is a legal framework under which LATAM and its subsidiaries will continue operating, paying their employees, meeting benefit obligations, and paying critical suppliers, while we reorganize our balance sheet so that we are prepared to emerge as a more agile, strengthened, and sustainable airline group for the future.

LATAM and its affiliates would like to thank its shareholders, employees, creditors and the communities it serves for their support to help secure the group’s long-term future. The group is confident that this process will bring together these diverse stakeholders to build a new LATAM that is better placed to succeed for years to come.

Passenger revenues decreased 7.1% year-over-year in the first quarter as a result of a 6.6% year-over-year capacity decline together with a 0.6% year-over-year decline in consolidated passenger unit revenue (RASK). The passenger RASK decline was driven by a 3.1 p.p. reduction of the load factor, partially offset by a 3.3% growth of passenger yield. Decline in load factor was explained by countries’ border closures, travel restrictions and lower demand due to the outbreak of COVID-19.

Revenues per ASK for LATAM’s main passenger business units are shown in the table below:

Cargo revenues decreased by 4.2% in the quarter, reaching US$252.4 million, despite the cargo yield growth of 3.4% year-over-year. Cargo capacity and traffic declined 1.1% and 7.4% respectively, resulting in a 3.6 p.p. reduction of the cargo load factor. As a result, cargo revenues per ATK declined by 3.2% in comparison to the same quarter of the previous year. Unit revenues in import markets continued to be under pressure mainly due to the weak demand from Brazil and Argentina as a result of the currency devaluation.

Other revenues totaled US$86.2 million in the first quarter of 2020, US$7.6 million less compared to the same period of last year mainly due to the acquisition and subsequent merger of Multiplus with LATAM Airlines Brazil in May 2019. Excluding Multiplus, other revenues would have grown 20.4% or US$14.6 million mainly due to the sale of one Boeing 767-300 and two more aircraft under sublease agreements compared to first quarter 2019.

Total operating expenses in the first quarter amounted to US$2,256.4 million, a 7.6% decrease compared to the same period of 2019 mainly driven by a 6.6% decline in ASK, devaluation of currencies and lower fuel prices. Cost per ASK fell by 1.2% and Cost per ASK excluding fuel costs increased by 1.2% in the same period. Changes in operating expenses were mainly explained by:

Net loss in the first quarter amounted to US$2,120.2 million mainly explained by the impairment adjustment of the Goodwill.

At the end of the quarter, LATAM´s financial debt amounted to US$7.6 billion, a US$385 million increase compared to previous quarter as a result of the US$505 million drawing of the RCF in March 2020. However, leverage remained stable at 4.0x from December 2019.

At the end of the first quarter 2020, LATAM reported US$1,662 million in cash and cash equivalents, including certain highly liquid investments accounted as other current financial assets. As of March 2020, the company drew down US$505 million of the US$600 million of the RCF, while the balance of US$95 million was drawn during April. Thus LATAM’s liquidity position amounted to 17.1% of the last twelve months’ net revenue by March 31, 2020.

Given current fuel prices, the company recognized an anticipated loss of US$73 million related to hedge fuel positions that the Company has for the rest of 2020. This amount assumes that the company would have hedge losses in the future and includes the result of the position and the premiums paid to contract the hedges.

Given the filing for voluntary reorganization and restructuring of their debt under Chapter 11 protection in the United State, LATAM is currently evaluating the adequate fleet needs for the following years.

Given the filing for voluntary reorganization and restructuring of their debt under Chapter 11 protection in the United States, the Company has decided to cancel the conference call scheduled for June 1, 2020, at 10:00 AM EST.

LATAM filed its quarterly financial statements for the three-month period ended March 31, 2020 with the Comisión para el Mercado Financiero of Chile on May 29, 2020. These financial statements will be available in Spanish and English languages at http://www.latamairlinesgroup.net.

LATAM Airlines Group is Latin America’s leading airline group with one of the largest route networks in the world, offering services to 145 destinations in 26 countries, including six domestic markets in Latin America – Argentina, Brazil, Chile, Colombia, Ecuador and Peru – in addition to international operations in Latin America, Europe, the United States, the Caribbean, Oceania, Africa and Asia.

The airline group employs over 42,000 people worldwide, operating approximately 1,400 flights per day and transporting over 74 million passengers per year.

LATAM Airlines Group has 332 aircraft in its fleet, which features the latest and most modern models including the Boeing 787, Airbus A350, A321 and A320neo.

LATAM Airlines Group is the only airline group in the Americas and one of three worldwide to be part of the Dow Jones Sustainability ‘World’ Index. In 2019, it was recognized by the index for sustainable practices, based on economic, social and environmental criteria, for the sixth consecutive year.

For any commercial or brand related query, visit www.latam.com. Further financial information is available via www.latamairlinesgroup.net

Consolidated Balance Sheet (in thousands of US Dollars)

Consolidated Balance Sheet Indicators (in thousands of US Dollars)

Note: This table includes four Airbus A350-900 that were reclassified from Property, plant and Equipment to Assets Held for Sale, one of which is currently in sublease to a third party.

The following exhibit is attached: 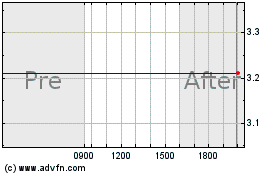