QMX Gold Corporation (TSX-V:QMX) (“QMX” or the “Company”) today announced the positive outcome of the vote of the Company’s shareholders (the “Shareholders”) at today’s special meeting of the Shareholders (the “Meeting”) regarding the previously announced plan of arrangement under the Business Corporations Act (Ontario) (the “Arrangement”), pursuant to which Eldorado Gold Corporation (“Eldorado”) will acquire all of the issued and outstanding common shares (the “Shares”) of the Company (not already owned by Eldorado). Pursuant to the Arrangement, each Shareholder (other than Eldorado) will receive, for each Share held, (i) C$0.075 in cash and (ii) 0.01523 of an Eldorado common share.

A total of 281,273,287 Shares were represented by proxy at the Meeting, representing approximately 65.11% of the issued and outstanding Shares.

See below for a summary of the voting on the Arrangement Resolution:

QMX Shareholders who have questions or require assistance with submitting their Shares to the Arrangement may contact Laurel Hill Advisory Group, the Company’s proxy solicitation agent, by telephone at 1-877-452-7184 (North American Toll-Free), or 1-416-304-0211 (Outside North America), or by email to assistance@laurelhill.com.

QMX is a Canadian based resource company traded on the TSX Venture Exchange under the symbol “QMX”. The Company is systematically exploring its extensive property position in the Val d’Or mining camp in the Abitibi District of Quebec. QMX is currently drilling in the Val d’Or East portion of its land package focused on the Bonnefond Deposit and in the Bourlamaque Batholith. In addition to its extensive land package QMX owns the strategically located Aurbel gold mill and tailings facility.

Eldorado is a gold and base metals producer with mining, development and exploration operations in Turkey, Canada, Greece, Romania, and Brazil. Eldorado has a highly skilled and dedicated workforce, safe and responsible operations, a portfolio of high-quality assets, and long-term partnership with local communities. Eldorado's common shares trade on the Toronto Stock Exchange (TSX: ELD) and the New York Stock Exchange (NYSE: EGO). 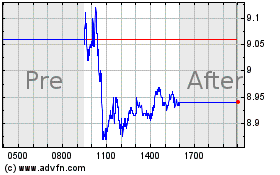