More than one million customers in New York, New Jersey and Connecticut were without power for a third day since Tropical Storm Isaias battered the region, and some outages could stretch into next week, utility companies said.

Consolidated Edison Inc., which serves customers in New York City and Westchester, said Thursday it probably would take until the end of Sunday to restore power to "the vast majority of customers."

Jersey Central Power and Light said it would take until late Tuesday to restore power to the customers it serves in central and northern New Jersey. And Eversource Energy in Connecticut said it was unable to provide estimated repair times for many customers because it was still assessing the damage from the storm.

Mr. Whalen said his house inn South Salem, N.Y., in Westchester County north of New York City, had been without power from New York State Electric and Gas Corp. since Tuesday afternoon. He has relied on a back-up generator for the past few days but planned to drive into town Thursday to get more fuel for the generator.

"You call and you get the same thing we heard Wednesday morning: no estimated time of repair," he said.

NYSEG said Thursday that it would work to get customers estimated times for repairs by the afternoon, and that it expected 95% of customers to have power back on by late Monday.

Amy Bass, 50, of New Rochelle, N.Y., also in Westchester, said she lost power from ConEd late Tuesday and hadn't had it back since.

"We woke up to rotting and melting food, drained phones, and no Wi-Fi and cell service," Ms. Bass said.

She said she was grateful she and her family were safe but disappointed over the lack of updates from the utility. Isaias was just one of a number of storms that have led to prolonged power outages at her house over the years, she said.

Isaias barreled through the area Tuesday, downing trees and causing at one point more than two million outages. Police officials have confirmed at least two storm-related deaths -- one in Queens, another in Connecticut -- and are investigating a third in New Jersey caused by a possible electrocution.

Hardware and home-improvement stores reported an influx of customers in the days after the storm.

There has been a "huge need for flashlights, batteries, propane and oil for generators," said Howie Levine, owner of Denville Hardware, a family-run store that has been in business in northern New Jersey for 74 years.

Meanwhile, politicians across the tri-state region ramped up pressure on utilities to expedite repairs.

New York City Mayor Bill de Blasio said in a press briefing Thursday that he had talked to the president of ConEd earlier that day and asked the utility to speed up its work.

"We just can't have people wait that long. It's just not fair," Mr. de Blasio said, referring to the utility's initial estimate of Sunday for restoring power to most customers.

Connecticut Gov. Ned Lamont declared a state of emergency Wednesday and, like New York Gov. Andrew Cuomo, asked for an investigation into utilities' response to the storm. As of Thursday, more than half a million customers in Connecticut still didn't have power, according to estimates from Eversource Energy and United Illuminating Co.

"Several years ago, Connecticut experienced large-scale outages that took days to recover from, and we were told that the utilities were improving their resources so that they can be prepared for the next time Mother Nature inevitably hits again," Mr. Lamont said in a statement. "And now here we are, with a wholly inadequate response to another storm."

Write to Akane Otani at akane.otani@wsj.com 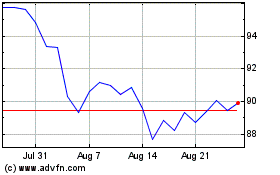 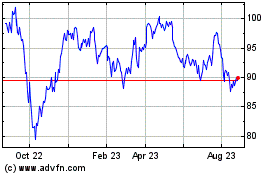 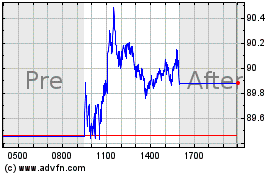