Barclays PLC's stock has long been stuck in the mud, but so far this year it is zooming ahead of the likes of JPMorgan Chase & Co. and Morgan Stanley.

Shares of the London-based lender have risen 28% this year, making it one of the best-performing investment-banking stocks and taking it briefly above its pre-pandemic level. JPMorgan, by contrast, is up 19%, and Morgan Stanley has risen 18%.

Spurring the recovery is a surge of activity in the U.K. lender's investment-banking arm. It is a vindication for Chief Executive Jes Staley, who has clung to the idea that a robust investment bank complements Barclays's traditional British banking operations.

"He had a lot of pressure to do more to shrink the investment bank for a number of years and resisted that," said Christopher Cant, an analyst at Autonomous Research, a unit of AllianceBernstein. "That's to his credit."

Revenue from Barclays's markets unit, which trades fixed-income securities, equities and derivatives, rose 45% to GBP7.61 billion in 2020, equivalent to $10.4 billion. That activity appears to have continued this year. In the first quarter, Barclays ranked seventh among global investment banks in terms of revenue, one place behind Credit Suisse Group AG, the highest-ranked European bank, according to Dealogic.

Barclays was the top adviser on mergers and acquisitions by North American insurance underwriters in the first quarter, working on deals including Apollo Global Management Inc.'s $11 billion takeover of Athene Holding Ltd., according to S&P Global Inc.

Barclays also has a U.S. credit-cards unit which stands to benefit as businesses reopen, according to analysts.

One attraction for investors is that Barclays has built up excess capital. The bank announced a GBP700 million share buyback in February after its common equity ratio rose 1.3 percentage points. Jefferies analyst Joseph Dickerson, who rates Barclays his top buy call in the U.K., thinks the bank can afford to repurchase GBP8 billion of stock in the next three years, equivalent to about one-third of its market value.

"Barclays has a fairly unassailable capital base and this is starting to become better appreciated by the investment community," Mr. Dickerson said. "Remember, this is a bank that raised equity in 2013, under prior management, and then had to undertake a fairly aggressive restructuring."

Also helping Barclays has been the U.K.'s economic reopening from the pandemic. The U.K. began to relax public-health restrictions this week and remains on course to fully reopen its economy by the summer. Almost half the population has received at least one dose of vaccine.

Shares of Lloyds Banking Group PLC and NatWest Group PLC have risen more than 17% in 2021. The benchmark FTSE 100 index is up about 7%.

To be sure, investment banks can generate sudden significant losses. Mr. Staley has faced criticism from activist investor Edward Bramson, who has argued the investment-banking unit should be scaled back. Mr. Bramson, whose Sherborne Investors owns about 6% of Barclays, declined to comment.

A case in point is Barclays competitor Credit Suisse. It said April 6 it would take a $4.7 billion hit from the meltdown of Archegos Capital Management -- an amount greater than its profit in all of 2020.

While investors have pushed up Barclays's valuation, its shares still trade for around 60% of its book value, a balance-sheet measure of its net worth. The bank's big U.S. rivals trade well above book value.

To help guard against surprise losses, Barclays in September appointed C.S. Venkatakrishnan as co-head of investment banking, with responsibility for global markets. He had previously served as chief risk officer since 2016, when he joined the bank from JPMorgan, where he spent several years as head of operational risk.

"Having a former head of risk as co-head of investment banking might reap rewards," Jefferies's Mr. Dickerson said. "Risk should be fully integrated into decision-making about the markets business because it's very easy to print revenues but it's also very easy to lose them." 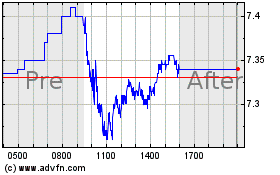