Peter Roth, who led the Warner Bros. Television Group to unprecedented success during his more than two-decade tenure, said he is stepping down early next year.

Mr. Roth, who earlier this year signed a new contract and was promoted to chairman from president of the production studio, had previously indicated a desire to step down, people close to him said. He is the latest senior executive to leave AT&T Inc.'s WarnerMedia as it shifts focus to its new direct-to-consumer streaming platform HBO Max and is in an aggressive cost-cutting mode.

No successor for Mr. Roth has been named.

Channing Dungey -- a former senior programming executive at Netflix Inc. who recently left because of a reorganization there -- is the leading candidate to succeed Mr. Roth, people with knowledge of the matter said. Ms. Dungey couldn't be reached for comment.

Within the television industry Mr. Roth is a towering figure. Under him, Warner Bros. shows have filled the schedules of CBS, NBC, ABC and Fox, and the studio has been a cash cow because of all the hits it manufactured. Its roster of producers includes such stalwarts as Chuck Lorre, J.J. Abrams, Ava DuVernay and Greg Berlanti.

Comedies and dramas that Mr. Roth played a key role in developing over his lengthy career include such Warner Bros.-produced shows as "The West Wing," "The Big Bang Theory," "Shameless" and "Two and a Half Men." Before joining Warner Bros., Mr. Roth helmed Fox's TV studio and network where he had a hand in many hits, including "The Practice" and "The X-Files."

"For the past 22 years, I have had the privilege to be associated with some of the most inspiring creative talent, the most impactful television series and the most dedicated and passionate people I have ever known," Mr. Roth said in a statement.

Mr. Roth's genteel persona and habit of greeting everyone with a hug belied a steely negotiator. He often tussled with networks over time slots for Warner Bros. shows. The studio was very reluctant to sell ownership stakes in its shows -- which led to tense relationships with the networks, which are eager to own part of every show on their schedules.

Warner's ability to sell to everyone has been one of its top draws to writers and producers. The shift to becoming primarily an inhouse content factory for its own outlets, including HBO and its new sister streaming service HBO Max, concerned Mr. Roth, people close to him said.

Another factor in Mr. Roth's decision is the heavy rounds of cost-cuttings and layoffs taking place at Warner Bros. and throughout WarnerMedia as new parent AT&T repositions the company, the people familiar with his thinking said.

Inside WarnerMedia, morale is low as longtime executives are either leaving or being pushed out. There is a general concern that the studio is losing its luster as a Hollywood icon and its autonomy under its new owners, according to current and former executives.

Earlier this month, Mr. Roth's presumed successor Susan Rovner left for a top programming job at Comcast Corp.'s NBCUniversal. Concern about all the changes were among the reasons for her departure, a person familiar with her thinking said.

The changes AT&T is instituting are going on throughout the entertainment industry as traditional media giants pivot to focus their efforts on creating their own streaming pipelines to consumers. Just as Warner Bros. will be selling less to outside networks and streaming platforms, its customer base is shrinking as well.

Both Walt Disney Co. and NBCUniversal recently restructured their content creation operations to focus on their streaming services and are also expected to buy less content from outside suppliers such as Warner Bros.

Ms. Dungey, who left Netflix after less than two years in the wake of the exit of original programming chief Cindy Holland, is a well-regarded Hollywood veteran in her own right who previously was president of entertainment for Disney's ABC. Shows she helped develop there included "Scandal" and "Black-ish."

Correction to Article on Peter Roth to Step Down as Warner Bros. TV Chief

An earlier version of the article "Peter Roth to Step Down as Warner Bros. TV Chief," published at 2:00 p.m., incorrectly attributed a quotation from a draft memo to WarnerMedia CEO Jason Kilar. The quotation about recent changes at the company has been removed. 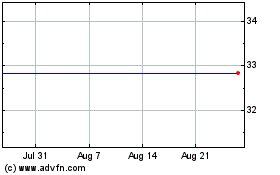 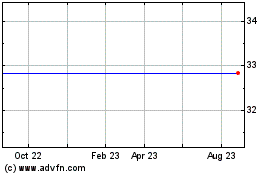 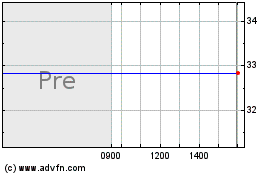