HOUSTON, July 28, 2022 /PRNewswire/ -- Moleculin Biotech, Inc., (Nasdaq: MBRX) ("Moleculin" or the "Company"), a clinical stage pharmaceutical company with a broad portfolio of drug candidates targeting highly resistant tumors and viruses, today announced it has completed the safety review of the fourth cohort in a dose escalation clinical trial evaluating Annamycin for the treatment of soft tissue sarcoma (STS) lung metastases, thus concluding the Phase 1b portion of its U.S. Phase 1b/2 clinical trial. Preliminary results from the study continue to document clinical activity for Annamycin in the treatment of STS. The safety review committee (SRC) has deemed the dose of 390 mg/m2 to be safe after conclusion of the fourth cohort. Notwithstanding that there was safety at this dose level, tolerability issues present at the 390 mg/m2 dose level caused delays in follow-on cycles and the reduction of subsequent doses, suggesting that a Recommended Phase 2 Dose (RP2D) below 390 mg/m2 was warranted.

With this in mind and with the recommendation of the SRC, the Company has determined that the RP2D will be 360 mg/m2 for the first three subjects in the Phase 2 portion of the study. The SRC will then review the clinical safety data at this dose and determine whether the RP2D should be further reduced to 330 mg/m2 prior to proceeding with the additional 22 subjects. In addition to continuing to assess safety, including gathering additional information about short-term side effects and possible risks, this Phase 2 portion of the study will also explore the efficacy of Annamycin as a single agent for the treatment of subjects with STS lung metastases for whom prior chemotherapy has failed, and for whom new chemotherapy is considered appropriate.

In the Phase 1b portion of the study, 15 subjects were enrolled and treated per the protocol in four cohorts to determine the maximum tolerable dose and/or the RP2D. Each cohort had three  subjects, except for the fourth cohort, which (per the protocol) was expanded to six subjects after a dose-limiting toxicity (DLT) occurred in a single subject. The Company concluded the Phase 1b portion after the fourth cohort of 390 mg/m2 was documented to be safe. Up to 28 subjects, to account for potential over enrollment, will be enrolled at the RP2D in Phase 2 to focus more on quantifying efficacy as well as providing additional safety information.

"As we end the Phase 1b portion of this trial, the preliminary data continue to be encouraging," said Moleculin Chairman and CEO Walter Klemp. "Of the fifteen subjects treated per the protocol, two continue with treatment, and eight subjects have been followed without evidence of disease progression for two months or greater, with three of the eight free of disease progression for 120 days or more. These data are early-stage, and we look forward to developing confirmatory data from future studies. However, based on the data available thus far, we believe Annamycin has the potential to bring a new and effective treatment option to patients with significant unmet needs."

Mr. Klemp added, "We're also encouraged by the pace of recruitment to date for this trial. To have completed the Phase 1b in just over one year was faster than we expected, especially for a rare disease like STS lung metastases. This is encouraging as we open the Phase 2 portion of the study."

The summary of interim Phase 1b data, which are preliminary and subject to change, from the four cohorts of the study are as follows:

Fourth Cohort (390 mg/m2):
Efficacy data for this cohort are incomplete as not all subjects have received their scans and treatment is ongoing.

"Consistent with our earlier and ongoing acute myeloid leukemia trials, in the subjects evaluated to date we have seen a complete absence of cardiotoxicity in our trials," Mr. Klemp said. "Again, these are early-stage data, but we're seeing consistent results in this regard across our Annamycin studies, and we think they're important because, even though anthracyclines are considered a cornerstone chemotherapy for many types of cancer including STS lung metastases, all currently approved anthracyclines are significantly cardiotoxic. Annamycin was designed to overcome this problem and we believe it has the potential to become the first non-cardiotoxic anthracycline approved for use. If these data continue and our product is approved, Annamycin may not only reduce the risk of many current anthracycline treatment regimens, but it could also enable longer treatment periods with reduced concern for cardiac risk."

Study Design
In Phase 1b, Annamycin was administered as an intravenous (IV) infusion over 2 hours on Day 1, followed by 20 days off (1 cycle = 21 days). Subjects visit the study site every 21 days (±3 days) at which time safety monitoring – including for adverse events (AEs), as well as a physical examination, laboratory evaluations (clinical chemistry, complete blood count), vital signs, weight measurements, Eastern Cooperative Oncology Group (ECOG) performance status, and electrocardiograms (ECGs) – is performed, followed by an IV infusion of study drug. Cardiac function is followed by echocardiogram (ECHO) scans at screening, at the end of the first two cycles and then following every other cycle thereafter, at the End of Treatment visit, and if feasible, during follow up at 6 months (±1 month) and 1 year (±1 month) after study drug discontinuation. As long as the Investigator considers that the benefits of treatment with Annamycin continue to outweigh the risks, treatment will continue every 21 days until tumor progression is observed or unacceptable toxicity occurs.

Tumor response is monitored every 6 weeks (±1 week) from Cycle 1 Day 1 during treatment, at the End of Treatment visit, and then every 3 months (±1 month) until disease progression using RECIST 1.1 criteria. Those subjects who leave the study after a maximum response is achieved and who do not start another therapy will be followed every 3 months (±1 month) for progression-free survival (PFS). If a subject receives further therapy after discontinuing from the study, they will be followed only for overall survival (OS) and if feasible, follow-up ECHO scans at 6 months (±1 month) and 1 year (±1 month) will be conducted after study drug discontinuation.

About Annamycin
Annamycin is the Company's next-generation anthracycline that has been shown in animal models to accumulate in the lungs at up to 30-fold the level of doxorubicin. Importantly, Annamycin has also demonstrated a lack of cardiotoxicity in multiple early-stage human clinical trials, including ongoing trials for the treatment of acute myeloid leukemia (AML) and STS lung metastases. For that reason, although additional data will be necessary, the Company believes Annamycin may not face the same usage limitations imposed on doxorubicin, one of the most common currently approved anthracyclines. Annamycin is currently in development for the treatment of AML and STS lung metastases and the Company believes the drug may have the potential to treat additional indications.

About Moleculin Biotech, Inc.
Moleculin Biotech, Inc. is a clinical stage pharmaceutical company focused on the development of a broad portfolio of drug candidates for the treatment of highly resistant tumors and viruses. The Company's lead program, Annamycin, is a next-generation anthracycline designed to avoid multidrug resistance mechanisms with little to no cardiotoxicity. Annamycin is currently in development for the treatment of relapsed or refractory acute myeloid leukemia (AML) and soft tissue sarcoma (STS) lung metastases.

Additionally, the Company is developing WP1066, an Immune/Transcription Modulator capable of inhibiting p-STAT3 and other oncogenic transcription factors while also stimulating a natural immune response, targeting brain tumors, pancreatic and other cancers, and WP1220, an analog to WP1066, for the topical treatment of cutaneous T-cell lymphoma. Moleculin is also engaged in the development of a portfolio of antimetabolites, including WP1122 for the potential treatment of COVID-19 and other viruses, as well as cancer indications including brain tumors, pancreatic and other cancers. 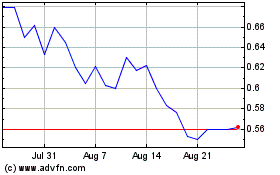 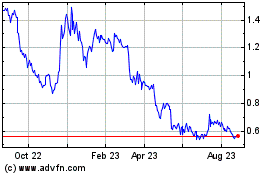 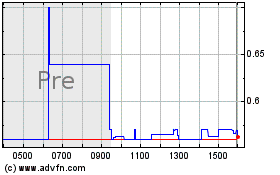