DALLAS, Sept. 30, 2021 /PRNewswire/ -- Today, Match released initial findings from two key themes of its forthcoming 11th annual Singles in America study. The study is the only one of its kind, an inclusive deep dive featuring a representative sample of the single population, tracking their thoughts and attitudes for more than a decade.

Want Love? Get vaxxed. Cupid's got a new arrow in his quiver: your vaccination card. It's today's passport to romance.

The newest data reveals that vaccination status-- an issue that wasn't even on the table a year ago-- has become of paramount importance to a vast majority of singles today, with 58% reporting it's the most important issue when it comes to dating a potential partner, more so even than traditional deal breakers like political affiliation (53%) or religion (43%). 73% of singles report they are vaccinated (compared to 64% of the general U.S. population) and 2 in 3 singles say they want their dating partners to be vaxxed, sending a clear message that being unvaxxed in the dating pool is a major turn-off to the majority of today's singles.

These findings come on the heels of a widely predicted "Hot Vax Summer" that failed to materialize. All singles-- men and women, young and old, straight, gay and lesbian, report low rates of intimacy or having sex and averaged only one makeout partner in the last 12 months. In fact, only 8% of singles had a one-night-stand during the pandemic, and 85% of singles report that sex is less important to them now than it was pre-pandemic.

In stark contrast to the idea that singles would spend the summer bed-hopping, findings from the Singles in America study show that nearly 8 in 10 singles (78%) say they are picky when considering a partner for casual sex, 2 in 3 want to wait until after the third date to have sex, and 1 in 3 don't want close physical intimacy at all within the first three dates.

"Want love? Get vaxxed," says Dr. Helen Fisher, Biological Anthropologist and Chief Scientific Advisor at Match. "Today's singles have dramatically changed their dating priorities: 52% of singles won't even meet up with an unvaccinated person; 48% regard anti-vaxxers as selfish; and almost 60% won't have sex with an unvaccinated person-- ever. Cupid's got a new arrow in his quiver: your vaccination card. It's today's passport to romance."

Vaccinations: A Shot at Love

Vaxx stats: Singles are leading the charge in vaccination rates, with 73% of singles being vaccinated, compared to 64% of the U.S. population.

In comparison: How important is this issue to singles when it comes to dating a potential partner?

The majority of singles want a vaccinated partner for sex, romance and commitment:

Meaningful sex: Nearly half of all singles reported that their ideal sexual relationship right now would be a committed, exclusive relationship (45%); this includes young singles (37%).

Sex has new importance: For many singles, the importance of sex has changed:

Sex recession here to stay: Only 21% of singles are looking to have sex more often in post-pandemic life.

Kiss and Tell: On average, singles have had one makeout partner in the past 12 months.

All is not lost: Despite overall declines and low frequencies, almost half of singles (47%) have had sex at least once this past year.

Howdy, neighbor: 27% of Gen Z and 33% of Millennials had sex with a non-romantic roommate for the first time this year.

Slow Love: 2 in 3 singles want to wait until after the third date to have sex; and 1 in 3 don't want to get super physical within the first three dates.

Match will release full findings from its 11th annual Singles In America study later this Fall.

About Singles in America

Singles in America (SIA) was funded by Match and conducted by Dynata in association with renowned anthropologist Dr. Helen Fisher and evolutionary biologist Dr. Justin Garcia of The Kinsey Institute at Indiana University. The 2021 study is based on the attitudes and behaviors taken from a demographically representative sample of 5,000 U.S. singles between the ages of 18 and 98. Generations are defined as: Gen Z (18-24), Millennials (25-40), Gen X (41-56), and Boomers (57-75). Singles in America remains the most comprehensive annual scientific survey of single Americans.

Match, the dating app, is available for download on iTunes and Google Play. Members can experience Match in eight languages and available in 25 countries across five continents. Founded in 1995, Match is the #1 destination for single adults looking for love. Match is an operating business of Match Group (Nasdaq: MTCH) and is headquartered in Dallas, Texas. 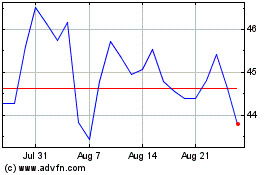 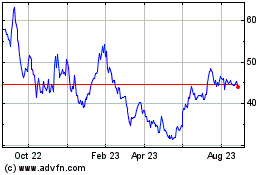 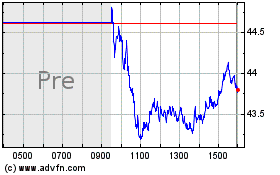