As previously disclosed on June 21, 2022, Guardforce AI Co., Limited (the “Company”) convened its 2022 annual general meeting of members (the “Annual Meeting”), which was adjourned to Thursday, June 23, 2022, at 10:00 a.m., local time (10:00 p.m. Eastern Time on June 22, 2022) due to a lack of quorum on Thursday, June 16, 2022, at 10:00 a.m., local time (10:00 p.m. Eastern Time on June 15, 2022). Holders of the Company’s ordinary shares, par value $0.003 per share (“Ordinary Shares”) at the close of business on May 5, 2022 (the “Record Date”) were entitled to vote at the Annual Meeting. As of the Record Date, there were 41,379,075 Ordinary Shares issued and outstanding. According to the Company’s Articles of Association, each Ordinary Share has one vote per share. There were present in person or by proxy 18,775,403 Ordinary Shares or approximately 45.37% of all the votes of the Company’s Ordinary Shares entitled to attend and vote at the Annual Meeting by 10:30 a.m., local time, on June 23, 2022 at Unit 04, 5/F., Guardforce Centre, No.3 Hok Yuen Street East, Hung Hom, Kowloon, Hong Kong. Because at the reconvened meeting a quorum was not present within half an hour from the appointed for the meeting to commence, the shareholders present were considered a quorum under the Company’s current Articles of Association, and the Annual Meeting was properly convened.

The final voting results for each matter submitted to a vote of shareholders at the meeting are as follows:

Accordingly, each such person has been duly elected as a director to hold such office until the 2023 annual general meeting of members or until such person’s successor is duly elected and qualified or until his or her earlier death, resignation, retirement, disqualification or removal.

Accordingly, the ratification of the appointment of PKF Littlejohn LLP as the Company’s independent registered public accounting firm for the fiscal year ending December 31, 2022 has been approved and adopted.

Accordingly, amendments to the company’s Articles of Association including to (i) authorize hybrid and/or electronic meetings of shareholders, receipt of electronic proxies and other relevant documents; (ii) authorize directors to issue “blank cheque” preferred shares; (iii) remove the requisition right of members; (iv) enhance indemnity provisions for directors and officers; (v) and to update to changes in law generally, by the adoption of the Second Amended and Restated Articles in substitution for the Current Amended and Restated Articles have been approved.

On the same day, Conyers Trust Company (Cayman) Limited, the Secretary of the Company, made the necessary filings with the Registrar of Companies of the Cayman Islands in respect of the amendments to the Company’s Articles of Association.

A copy of the Second Amended and Restated Articles is attached hereto as Exhibit 99.1. 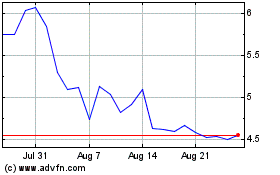 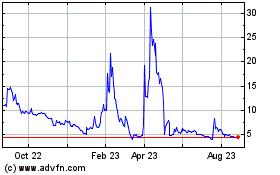 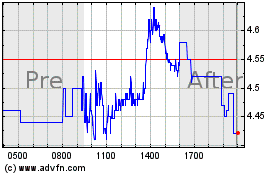