"We are pleased to partner with Nord/LB, EDC, Rabobank, NBC and Bayern/LB in this important financing," said Dr. Shawn Qu, Chairman and Chief Executive Officer of Canadian Solar. "We are appreciative of these long-standing relationships with leading financial partners, and value their continued support and trust as we execute on our growing pipeline in the United States."

"We are very happy to close this deal with Recurrent," said Nicolai Dillow, Head of Originations for Nord/LB in the Americas. "Recurrent proved once again to be a nimble and thoughtful partner in this complex financing."

The Maplewood Solar Project has a capacity of 327 MWp and will deliver clean energy to Anheuser-Busch under a power purchase agreement ("PPA"), contributing to the brewer's 2025 sustainability goals for the United States, which include a 100 percent renewable purchased electricity target and a 25 percent reduction of carbon dioxide emissions across its supply chain. The clean energy delivered by the Maplewood Solar Project is estimated to cover 50 percent of the electricity consumption of Anheuser-Busch's U.S. operations.

According to a report by Wood Mackenzie and the Solar Energy Industries Association, Texas has the 4th largest solar installed base in the U.S., with currently over 4,300 MW of solar capacity powering nearly 500,000 homes, and an additional 13,300 MW expected to be installed over the next 5 years . Dr. Shawn Qu added, "Texas is leading the energy transition by using technology to deliver competitive, affordable and reliable energy for consumers. We are pleased to contribute to the growth of solar in Texas while creating new jobs and supporting economic growth in communities across the state."

Canadian Solar was founded in 2001 in Canada and is one of the world's largest solar power companies. It is a leading manufacturer of solar photovoltaic modules and provider of solar energy solutions and has a geographically diversified pipeline of utility-scale solar power projects in various stages of development. Over the past 19 years, Canadian Solar has successfully delivered over 43 GW of premium-quality, solar photovoltaic modules to customers in over 150 countries. Canadian Solar is one of the most bankable companies in the solar industry, having been publicly listed on NASDAQ since 2006. For additional information about the Company, follow Canadian Solar on LinkedIn or visit www.canadiansolar.com.

Certain statements in this press release are forward-looking statements that involve a number of risks and uncertainties that could cause actual results to differ materially. These statements are made under the "Safe Harbor" provisions of the U.S. Private Securities Litigation Reform Act of 1995. In some cases, you can identify forward-looking statements by such terms as "believes," "expects," "anticipates," "intends," "estimates," the negative of these terms, or other comparable terminology. Factors that could cause actual results to differ include general business and economic conditions and the state of the solar industry; governmental support for the deployment of solar power; future available supplies of high-purity silicon; demand for end-use products by consumers and inventory levels of such products in the supply chain; changes in demand from significant customers; changes in demand from major markets such as Japan, the U.S., India and China; changes in customer order patterns; changes in product mix; capacity utilization; level of competition; pricing pressure and declines in average selling prices; delays in new product introduction; delays in utility-scale project approval process; delays in utility-scale project construction; delays in the completion of project sales; continued success in technological innovations and delivery of products with the features customers demand; shortage in supply of materials or capacity requirements; availability of financing; exchange rate fluctuations; litigation and other risks as described in the Company's SEC filings, including its annual report on Form 20-F filed on Form 20-F filed on April 28, 2020. Although the Company believes that the expectations reflected in the forward-looking statements are reasonable, it cannot guarantee future results, level of activity, performance, or achievements. Investors should not place undue reliance on these forward-looking statements. All information provided in this press release is as of today's date, unless otherwise stated, and Canadian Solar undertakes no duty to update such information, except as required under applicable law. 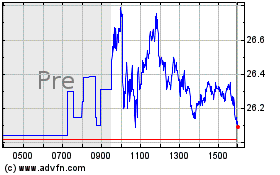