As filed with the Securities and Exchange Commission on July 16 , 2021

(Name and Address of Agent for Services)

(Telephone Number, Including Area Code, of Agent for Service)

If an emerging growth company, indicate by check mark if the registrant has elected not to use the extended transition period for complying with any new or revised financial accounting standards provided pursuant to Section 7(a)(2)(B) of the Securities Act.  ☐

This Registration Statement on Form S-8 is being filed for the purpose of registering (i) 4,299,904 additional shares of common stock, par value $0.0001 per share (the “Common Stock”), of Calyxt, Inc. (the “Company” or the “Registrant”) under the Calxyt, Inc. 2017 Omnibus Incentive Plan (the “Omnibus Plan”) and (ii) 600,000 shares of Common Stock issuable under the Calyxt, Inc. Employee Inducement Incentive Plan (the “ Inducement Plan” and, together with the Omnibus Plan, the “Plans”).

Grants made under the Inducement Plan are material inducements to Mr. Carr’s acceptance of employment as the President and Chief Executive Officer of the Registrant, and were approved by the independent members of the Registrant’s Board of Directors. Grants made under the Inducement Plan are made in reliance on Rule 5635(c)(4) of The Nasdaq Stock Market LLC Rules (the “Nasdaq Rules”), which exempts certain inducement equity grants from the general requirement of the Nasdaq Rules that equity-based compensation plans and arrangements be approved by stockholders.

The following documents filed by the Registrant with the Securities and Exchange Commission (the “Commission”) are incorporated by reference into this Registration Statement:

In addition, all other reports and documents subsequently filed by the Registrant pursuant to Sections 13(a), 13(c), 14 and 15(d) of the Exchange Act, prior to the filing of a post-effective amendment to this Registration Statement which indicates that all securities offered have been sold or which deregisters all securities remaining unsold, shall be deemed to be incorporated by reference in this Registration Statement and to be part hereof from the date of filing of such reports or documents.

Section 145 of the Delaware General Corporation Law (“DGCL”) grants each Delaware corporation the power to indemnify any person who is or was a director, officer, employee or agent of a corporation, against expenses, including attorneys’ fees, judgments, fines and amounts paid in settlement actually and reasonably incurred by him or her in connection with any threatened, pending or completed action, suit or proceeding, whether civil, criminal, administrative or investigative, other than an action by or in the right of the corporation, by reason of serving or having served in any such capacity, if he or

Section 102(b)(7) of the DGCL enables a corporation in its certificate of incorporation, or an amendment thereto, to eliminate or limit the personal liability of a director to the corporation or its stockholders for monetary damages for violations of the director’s fiduciary duty as a director, except (i) for any breach of the director’s duty of loyalty to the corporation or its stockholders, (ii) for acts or omissions not in good faith or which involve intentional misconduct or a knowing violation of law, (iii) pursuant to Section 174 of the DGCL (providing for director liability with respect to unlawful payment of dividends or unlawful stock purchases or redemptions) or (iv) for any transaction from which a director derived an improper personal benefit.

The Registrant’s Certificate of Incorporation and By-laws indemnify the Company’s directors and officers to the full extent permitted by the DGCL and the Company’s Certificate of Incorporation also allows the Company’s Board of Directors to indemnify other employees. This indemnification extends to the payment of judgments in actions against officers and directors and to reimbursement of amounts paid in settlement of such claims or actions and may apply to judgments in favor of the corporation or amounts paid in settlement to the corporation. This indemnification also extends to the payment of attorneys’ fees and expenses of officers and directors in suits against them where the officer or director acted in good faith and in a manner he or she reasonably believed to be in, or not opposed to, the best interests of the Company, and, with respect to any criminal action or proceeding, he or she had no reasonable cause to believe his or her conduct was unlawful. This right of indemnification is not exclusive of any right to which the officer or director may be entitled as a matter of law and shall extend and apply to the estates of deceased officers and directors.

(a)     The undersigned Registrant hereby undertakes:

(1)     To file, during any period in which offers or sales are being made, a post-effective amendment to this Registration Statement:

(ii)     to reflect in the prospectus any facts or events arising after the effective date of this Registration Statement (or the most recent post-effective amendment thereof) which, individually or in the aggregate, represent a fundamental change in the information set forth in this Registration Statement. Notwithstanding the foregoing, any increase or decrease in volume of securities offered (if the total dollar value of securities offered would not exceed that which was registered) and any deviation from the low or high end of the estimated maximum offering range may be reflected in the form of prospectus filed with the Commission pursuant to Rule 424(b) if, in the aggregate, the changes in volume and price represent no more than 20% change in the maximum aggregate offering price set forth in the “Calculation of Registration Fee” table in the effective Registration Statement; and

provided, however, that paragraphs (a)(1)(i) and (a)(1)(ii) do not apply if the Registration Statement is on Form S-8, and the information required to be included in a post-effective amendment by those paragraphs is contained in reports filed with or furnished to the Commission by the Registrant pursuant to Section 13 or Section 15(d) of the Exchange Act that are incorporated by reference in this Registration Statement.

(2)    That, for the purpose of determining any liability under the Securities Act, each such post-effective amendment shall be deemed to be a new Registration Statement relating to the securities offered therein, and the offering of such securities at that time will be deemed to be the initial bona fide offering thereof.

(3)    To remove from registration by means of a post-effective amendment any of the securities being registered which remain unsold at the termination of the offering.

(b)    The undersigned Registrant hereby undertakes that, for purposes of determining any liability under the Securities Act, each filing of the Registrant’s annual report pursuant to Section 13(a) or Section 15(d) of the Exchange Act (and, where applicable, each filing of an employee benefit plan’s annual report pursuant to Section 15(d) of the Exchange Act) that is incorporated by reference in this Registration Statement will be deemed to be a new Registration Statement relating to the securities offered therein, and the offering of such securities at that time will be deemed to be the initial bona fide offering thereof.

Pursuant to the requirements of the Securities Act of 1933, the Registrant certifies that it has reasonable grounds to believe that it meets all of the requirements for filing on Form S-8 and has duly caused this Registration Statement to be signed on its behalf by the undersigned, thereunto duly authorized, in the City of Roseville, State of Minnesota, on July 16, 2021.

The undersigned directors and officers of Calyxt, Inc. hereby appoint each of William F. Koschak and Debra H. Frimerman as attorneys-in-fact for the undersigned, with full power of substitution for, and in the name, place and stead of the undersigned, to sign and file with the Securities and Exchange Commission under the Securities Act of 1933, any and all amendments (including post-effective amendments) and exhibits to this Registration Statement on Form S-8 and any and all applications and other documents to be filed with the Securities and Exchange Commission pertaining to the registration of the securities covered hereby, with full power and authority to do and perform any and all acts and things whatsoever requisite and necessary or desirable, hereby ratifying and confirming all that said attorney-in-fact, or his substitute or substitutes, may lawfully do or cause to be done by virtue hereof.

Pursuant to the requirements of the Securities Act of 1933, this Registration Statement has been signed by the following persons in the capacities and on July 16, 2021. 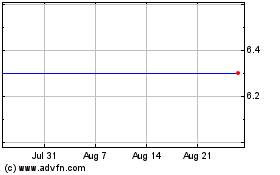 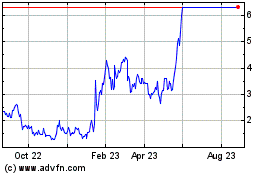 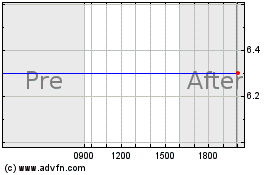