As filed with the Securities and Exchange Commission on June 11, 2021

Under the Securities Act of 1933

If an emerging growth company, indicate by check mark if the registrant has elected not to use the extended transition period for complying with any new or revised financial accounting standards provided pursuant to Section 7(a)(2)(B) of the Securities Act. ¨

The Registrant filed the Prior Registration Statement with respect to 333,333 shares of the Registrant’s Common Stock issuable under the Amended and Restated 2013 Plan.

Item 3. Incorporation of documents by reference

The Registrant hereby incorporates by reference into this Registration Statement the following documents previously filed with the Commission:

All reports and definitive proxy or information statements filed pursuant to Section 13(a), 13(c), 14 or 15(d) of the 1934 Act after the date of this Registration Statement (except for any portions of the Registrant’s Current Reports on Form 8-K furnished pursuant to Item 2.02 or Item 7.01 thereof and any corresponding exhibits thereto not filed with the Commission) and prior to the filing of a post-effective amendment which indicates that all securities offered hereby have been sold or which de-registers all securities then remaining unsold shall be deemed to be incorporated by reference into this Registration Statement and to be a part hereof from the date of filing of such documents. Any statement contained in a document incorporated by reference herein shall be deemed to be modified or superseded for purposes of this Registration Statement to the extent that a statement contained in any other subsequently filed document which also is or is deemed to be incorporated by reference herein modifies or supersedes such statement. Any statement so modified or superseded shall not be deemed, except as so modified or superseded, to constitute a part of this Registration Statement.

These limitations of liability do not alter director liability under the federal securities laws and do not affect the availability of equitable remedies such as an injunction or rescission.

In addition, the Registrant’s amended and restated bylaws provide that:

The Registrant also maintains general liability insurance which covers certain liabilities of its directors and officers arising out of claims based on acts or omissions in their capacities as directors or officers, including liabilities under the Securities Act.

Provided, however, that paragraphs (a)(i) and (a)(ii) above do not apply if the information required to be included in a post-effective amendment by those paragraphs is contained in reports filed with or furnished to the Commission by the Registrant pursuant to Section 13 or Section 15(d) of the Exchange Act that are incorporated by reference into this Registration Statement.

Pursuant to the requirements of the Securities Act, the Registrant certifies that it has reasonable grounds to believe that it meets all of the requirements for filing on Form S-8 and has duly caused this registration statement to be signed on its behalf by the undersigned, thereunto duly authorized, in the City of Sugar Land, State of Texas on June 11, 2021.

Pursuant to the requirements of the Securities Act, this registration statement has been signed by the following persons in the capacities and on June 11, 2021. 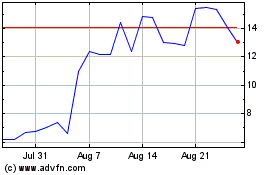 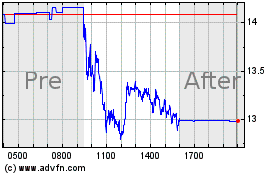