The Rocky Lake VMS discovery within the company's Namew Lake Project was discovered by HudBay Minerals Inc. ("HBM") in 1987 through an airborne survey.  This survey identified a 5km long conductor and was followed up with ground EM surveys that outlined a 1,500m conductor.  Historic HBM drilling on the property intersected 10.3m of mineralization grading 0.38% Cu (including 4.3m @ 0.67% Cu). This intersection included high-grade sections (up to 3.0% Cu across 0.3m).  Subsequent EM surveys, commissioned by QMC, suggest that some of the strongest portions of the HBM electromagnetic anomaly have yet to be tested.  On re-interpretation of the HBM drilling, the data suggest that the HBM drill program was carried out on the footwall side of a potential mineralized body, thereby missing the main target. Copper mineralization intersected in the HBM drilling is present as stringers which is currently interpreted as representing footwall stringer mineralization adding credence to the interpretation that the main massive sulphide mineralized body may well have been missed.

Additional geophysical surveys undertaken for QMC over the conductor and subsequent detailed re-interpretation of data suggest the conductor is seated at a depth of 200m and is at least 1,000m long. QMC believes that its recent drilling confirmed the top of the conductor as two drill holes (RL 12-5 and RL 11-2) intersected significant visible chalcopyrite mineralization.  Drill hole RL 12-5 cut a 10m thick, semi-massive sulphide intersection grading 0.48% Cu (including 0.80% Cu over 1m).  Drill hole RL 11-2 was terminated in massive sulphide at a vertical depth of 193 metres.  Assays returned grades of 0.26% copper over a 0.3m wide, semi-massive sulphide intersection which contained approximately 20% iron sulphides.  The company anticipates that proposed additional deeper and step-out drilling along the conductor could expand the mineralized section and develop a larger zone of significant VMS mineralization.

Total resources for HBM's Lalor and 777 deposits are as follows:

The technical content of this news release has been reviewed and approved by Bruce E. Goad, P. Geo., a qualified person as defined by National Instrument 43-101.

QMC is a British Columbia based company engaged in the business of acquisition, exploration and development of resource properties. Its objective is to locate and develop economic precious, base, rare metal resource properties of merit. The Company's properties include the Irgon Lithium Mine Project and two VMS properties, the Rocky Lake and Rocky-Namew, known collectively as the Namew Lake District Project. Currently, all of the company's properties are located in Manitoba.

To keep up with the current info on QMC Quantum Minerals Corp, be sure to join our Telegram chat room:  http://t.me/quantummineralscorp 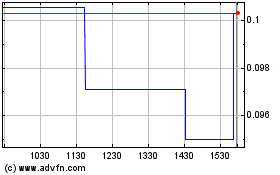