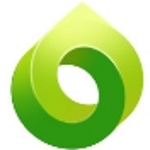 “These changes accelerate the launching of our Kaya Shack™ franchising program in Canada. Over this past week we met with Jordan Druxerman, Partner at Garfinkle Biderman (our Canadian Franchise Counsel and also a KAYS Advisory Board Member), and have been in close contact with Shawn Saraga of The Franchise Academy, who is under contract to target the sale and development of up to 100 Kaya Shack™ Retail Cannabis Store Franchises in Canada,” commented Craig Frank, KAYS’ CEO. “Both Jordan and Shawn expect these changes to significantly enhance the prospects for success of our franchise sales effort.”

“This good news out of Canada is another potential win for KAYS as we continue our strategic repositioning into global markets. Alongside last month’s advances in the European arena, we are pleased with our opportunities and momentum as we close out the year,” comments W. David Jones, KAYS Senior Advisor for Business Development, Licensing and Financial Operations, and a key architect of the Company’s strategic shift. “2020 is poised to be a milestone year for KAYS.”

Note: To be advised of all upcoming News Releases and shareholder emails please go to www.kayaholdings.com and add your email to our notification list.

Kaya Brands International, Inc., was founded to serve as the vehicle for the Company’s non-U.S. operations including retail franchising in Canada and cultivation activities in Greece and Israel.

Kaya Farms™
Eugene, Oregon Indoor Grow, Processing & Cannaceutical Facility: KAYS has developed its own proprietary Kaya Farms™ strains of cannabis, which it grows and produces (together with edibles and other cannabis derivatives) at its 12,000 square foot indoor grow and cannabis manufacturing facility in Eugene, Oregon, capable of producing approximately 1,500 pounds of premium cannabis annually, with the capacity for expansion. The Company also plans to use the space for production of oils, concentrates, extracts, edibles, and cannaceuticals. KAYS is currently conducting limited operations at the facility pending approval transfer of the production and processing licenses to KAYS by the Oregon Liquor Control Commission (the "OLCC"), the Oregon state regulating agency which regulates legal cannabis production, processing and sale.

Lebanon, Oregon Farm & Greenhouse Facility: KAYS owns a 26-acre parcel in Lebanon, Linn County, Oregon which it intends to construct a 85,000-square foot Kaya Farms™ greenhouse cultivation and production facility. To date KAYS has received Linn County Zoning approvals and upon issuance of OLCC Licensing it will begin construction. The farm is intended for immediate development and provides the Company with a potential additional capacity of more than 100,000 pounds annually, to be expanded once export from Oregon to other U.S. States and foreign countries where cannabis use is legal is permitted. Kaya Farms™ operates in accordance with a Grow Operations manual, as well as manuals for compliance, employment matters and safety.

The Company maintains a genetics library of over 30 strains of cannabis and owns a number of proprietary brands in traditional and innovative cannabis categories including Kaya Buddies™ pre-rolls, Really Happy Glass™ cannabis accessories, and Kaya Gear™, company related and cannabis centric fashion. These brands are currently available at Kaya Shack™ stores.

The Company has made advances in the development of its Kumba Extracts™, Syzygy Extracts™, Pakalolo Juice Company™ Soothe Topicals™, Tony Giggles Pleasure Foods™ (frozen infused Italian entrees), Uptown Shaman™ (cannaceuticals), and Kaya Yums™ (chocolates, gummies, power bars) brands. and Kaya Yums™ brands of extracts, oils, vape cartridges, beverages and a variety of edibles, respectively. Pending approval of our production and processing license, KAYS intends to begin a multi-state rollout planned in 2020 to the extent permitted by U.S. legal infrastructure. These brands are intended for all Kaya Shack™ stores, both corporate owned and franchised.

After over five years of conducting "touch the plant" U.S. cannabis operations inside the strict regulatory confines of a public company, KAYS has formed a subsidiary, Kaya Brands International, Inc. ("KBI") to leverage its experience and expand into worldwide cannabis markets. KBI's current operations and initiatives include:

Canadian Franchising: KAYS has targeted Canada for its first international sale and operation of Kaya Shack™ cannabis store franchises. KAYS has entered into an area representation agreement with The Franchise Academy (a leading Canadian Franchise Development and Sales Group) to implement the Kaya Shack™ Retail Cannabis Store program in Canada (the only G7 country that has legalized both medical and recreational cannabis production, sale and use on a national level). The agreement targets 75-100 Kaya Shack™ Cannabis Retail locations throughout Canada through a multi-year structured rollout, subject to licensing and market conditions.

The Franchise Academy (http://www.franchiseacademy.ca) and its founder Shawn Saraga, is a member and national sponsor of the Canadian Franchise Association. With over 15 years of industry experience and having successfully closed over 700 franchise agreements and leases across Canada, the Franchise Academy has the knowledge, expertise, network and dedication to assist select franchisors enter the Canadian market.

Additionally, KAYS has retained Toronto, Canada based law firm of Garfinkle Biderman, LLP to prepare the Franchise Disclosure Documents and related items for the sale of Kaya Shack™ cannabis store franchises in Canada. We expect the franchise sale and placement effort throughout Canada to progress over the next 3-24 months. KAYS plans to ultimately expand its franchise operations to the U.S., as regulations and laws permit.

Kaya Kannabis- Kaya Farms™ Greece
KAYS has entered into a Memorandum of Understanding ("MOU") setting forth an agreement in principle for KBI to acquire a 50% ownership interest in Greekkannabis, PC ("GKC"). GKC is a recently formed Athens, Greece based cannabis company which has applied for and is awaiting issuance of a medical cannabis cultivation, processing and export license from the Greek government.

The MOU sets forth an agreement in principle, pursuant to which in consideration for KBI providing the necessary expertise related to cannabis cultivation, processing, brand development and other matters, KBI will have the right to acquire a 50% ownership interest in GKC by reimbursing GKC for 50% of its license application costs (with allowances for KBI's expenses as well). Consummation of the transaction contemplated by the MOU is subject to, among other customary conditions, satisfactory completion by KBI of its due diligence review of GKC, the drafting, execution and delivery of definitive transaction documentation and final license approval and issuance by the Greek government.

GKC plans to establish its cannabis cultivation and processing facility on land already identified outside of Athens. Project management envisages 3 stages of development, each comprised of 125,000 square feet of light-deprivation greenhouse cultivation. Each phase is expected to produce 93,600 pounds of premium medical cannabis, for an anticipated total project capacity of not less than 280,0000 pounds annually for distribution throughout Europe and other select markets.

KAYS and KBI are represented in Greece by the Athens based law firm of Dalakos Fassolis Theofanopoulos (https://dftlaw.gr/). The firm has developed a long-established and well-respected commercial legal practice and has developed a wide international network of correspondent relationships with overseas law offices throughout the world.

Important Disclosure: KAYS is planning execution of its stated business objectives in accordance with current understanding of state and local laws and federal enforcement policies and priorities as it relates to marijuana. Potential investors and shareholders are cautioned that KAYS and MJAI will obtain advice of counsel prior to actualizing any portion of their business plan (including but not limited to license applications for the cultivation, distribution or sale of marijuana products, engaging in said activities or acquiring existing cannabis production/sales operations). Advice of counsel with regard to specific activities of KAYS, federal, state or local legal action or changes in federal government policy and/or state and local laws may adversely affect business operations and shareholder value.

Forward Looking Statements
This press release includes statements that may constitute "forward-looking" statements, usually containing the words "believe," "estimate," "project," "expect" or similar expressions. These statements are made pursuant to the safe harbor provisions of the Private Securities Litigation Reform Act of 1995. Forward-looking statements inherently involve risks and uncertainties that could cause actual results to differ materially from the forward-looking statements. Factors that would cause or contribute to such differences include, but are not limited to, acceptance of the Company's current and future products and services in the marketplace, the ability of the Company to develop effective new products and receive regulatory approvals of such products, competitive factors, dependence upon third-party vendors, and other risks detailed in the Company's periodic report filings with the Securities and Exchange Commission. By making these forward-looking statements, the Company undertakes no obligation to update these statements for revisions or changes after the date of this release. 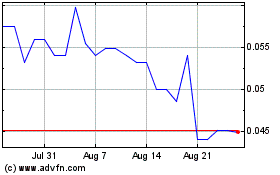 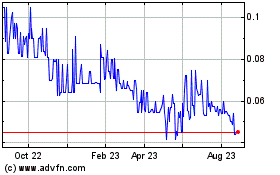 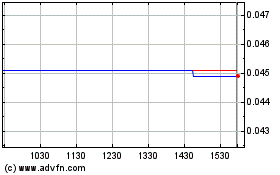