NEW YORK, NY -- April 21, 2022 -- InvestorsHub NewsWire -- ILUS International Inc. (OTC: ILUS) is a Mergers and Acquisitions company focused on acquiring and developing public safety technology-based companies across the globe. Having already acquired seven companies since January 2021, ILUS is in the process of agreeing and completing several acquisitions for its Emergency Response Technologies subsidiary. Simultaneous to this and in addition to the building of the companies within its group, ILUS has been undergoing its audit which is nearing completion, reviewing options for shareholders to lock up shares in a preference category, finalising structure for the roll out of its European deals and restructuring its subsidiaries in preparation for planned participation on a major stock exchange, an opportunity which has grown substantially since the company’s Annual Shareholder Meeting earlier this year. With this and more underway behind the scenes, ILUS wishes to update Shareholders on its progress and set market expectations for short and medium-term milestones to be achieved in the coming weeks and months.

Since ILUS provided an update on its second quarter plans (reference 4 April 2022 Press Release), the company has remained hard at work building its subsidiaries, particularly Emergency Response Technologies. In preparation for planned participation on a major stock exchange, ILUS has been agreeing the acquisition of several companies. Therefore, the company is pleased to say that it has held further promising negotiations with an acquisition that is achieving upwards of $100 million in annual revenue. Furthermore, while ILUS has been structuring the roll out of its European first phase deal in Cacak, Serbia, it has also been going through the processes for completion of the larger second phase deal. Having spoken previously of its creation of a Defense subsidiary, ILUS is now also nearing the agreement of its first defense acquisition, which manufactures disruptive technology and vehicles for the defense sector. In addition to the completion of already agreed acquisitions, ILUS is agreeing the acquisition of an emergency response communications company, a wildfire equipment manufacturer and more as the company continues to add valuable assets to its Emergency Response Technologies portfolio.

“We have so many deals on the brink of completion and many large new opportunities have arisen that we didn’t anticipate. Many deals are due to be announced very soon with several others due to complete at around the same time. We are due to complete most, if not all of the deals that we have spoken about in the past, and more that we have not been able to speak about. What many people won’t have envisaged is that the current economic conditions, the ongoing conflict in Ukraine and the energy crisis which many countries are facing, has presented us with massive opportunities, since we are operating in the infrastructure and technology sectors with a wealth of influential relationships at our disposal. This means that we are evaluating a lot more opportunities that we hadn’t planned on at the start of the year, and this is great news for ILUS. Ultimately, it means that we have the opportunity to not only participate on a major stock exchange, but to become a dominant force in our sector on it. Although there are so many exciting developments, we are cautious to the timing and substance of the news and so we are doing our best to balance the tension between keeping the market updated and the appropriate timing towards our planned participation on a major stock exchange, without jeopardising it. We do however want to keep our Shareholders updated so that they can understand the enormous scope of what is going on behind the scenes,” said ILUS Managing Director, John-Paul Backwell.

Having previously announced that its audit by AJSH & Co LLP is underway, ILUS can confirm that good progress has been made with the audit, which is moving towards completion. The company remains on track for its audit and subsequent name change to Ilus International Inc. to be completed during the summer of 2022, giving it the option to up list to the OTCQB.

ILUS is currently reviewing various options and incentives for its Shareholders to lock up common shares in a preference category. Given the many short and medium-term milestones, ILUS has been presented with many options and possible implications, therefore the company is considering which options will add the most value to its long-term Shareholders. The company expects to announce the options to its Shareholders soon, along with a simple method for Shareholders to register for their preferred option, should they be interested in doing so.

ILUS CEO, Nick Link, commented: “Our entire management team has been hard at work, driven by the knowledge that we are building something truly special. It is most exciting to see a vision that we have had for so many years really coming together now. Over the next few weeks and months, we will announce a series of deals and more detailed plans, as our vision of building a global conglomerate takes giant leaps towards becoming a reality. To expand further on the progress we have been making and to give clarity on our short and medium-term milestones, I am planning to record a podcast in the next week or so that we will release on our YouTube channel and share via Twitter.” 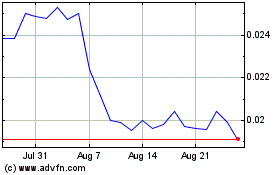 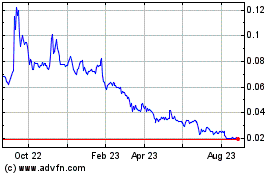 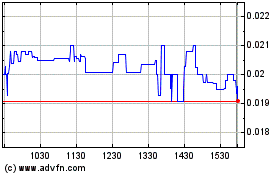