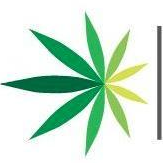 If an emerging growth company, indicate by check mark if the registrant has elected not to use the extended transition period for complying with any new or revised financial accounting standards provided pursuant to Section 13(a) of the Exchange Act.  [ ]

(b) Effective December 31, 2021, Terry Buffalo resigned as a director, Chief Executive Officer and Chief Financial Officer of the Registrant. There were no disagreements between the Registrant and Mr. Buffalo regarding the Registrant’s operations, policies, or practices.

(c) On December 31, 2021, the Registrant appointed Ellis Smith, age 45, as Chief Executive Officer and Chief Financial Officer. There was no arrangement or understanding between Mr. Smith and any other person(s) pursuant to which Mr. Smith was selected as an officer. Since the beginning of the Registrant’s last fiscal year and to date, Mr. Smith has not been involved with any related party transaction exceeding $120,000, in which Mr. Smith had or will have a direct or indirect material interest.

From March, 2013 to the present; Ellis Smith, a co-founder of the Company, served as our Chief Development Officer, President, Director and Chairman of the Board. From September 2010 to July 2013, Mr. Smith co-owned Colorado Kind Care LLC d/b/a The Village Green Society, a Colorado based Medical Marijuana Center, where he was responsible for managing the operations and protocols supporting the growth and production of medical marijuana. From 2008 to 2010, Mr. Smith founded and operated The Happy Camper Organics Inc., a medical marijuana company focused on the growth of wholesale cannabis for sale to medical marijuana businesses. From 2005 to 2010, Mr. Smith founded and operated Bluebird Productions, a video production company. Mr. Smith has been published and recognized for his horticultural experience and organic gardening in the cannabis industry, and he is known for assisting in identifying the Hemp Russet Mite and working with SKUNK magazine to educate the industry. Our Board believes Mr. Smith’s qualifications to serve as an executive of the Company and as a member of our Board include his past success in founding and operating businesses, his unique experience in horticultural and organic gardening, and his recognized qualifications in the emerging medical cannabis markets.

There was no arrangement or understanding between the Registrant and any other person(s) pursuant to which Messrs. Smith, Mailander, Horton, Schloesser and Workman were selected as directors and officers, respectively. Since the beginning of the Registrant’s last fiscal year and to date, none of the aforementioned persons have been involved with any related party transaction exceeding $120,000, in which they each had or will have a direct or indirect material interest, respectively.

Tyler Schloesser, age 31, attended the University of Colorado at Boulder receiving a double major degree in Psychology and Philosophy. After graduation, Mr. Schloesser worked in the banking industry with Wells Fargo, U.S. Bank and Credit Union of Colorado. Mr. Schloesser’s functions with the Registrant. include developing and maintaining policies, procedures, processes and risk mitigation best practices as well as manage and perform day-to-day internal operational tasks required by the Registrant. Mr. Schloesser agreed to render services as Chief Operations Officer to the Registrant, and the Registrant agreed to compensate Mr. Schloesser with an annual salary of $100,000.00, and 250,000 shares of common stock deemed earned and vested at December 31, 2022.

Jon Workman, age 58, graduated from the University of Arkansas at Little Rock in 1989 and was awarded a Bachelor of Business Administration and Marketing. Mr. Workman is a member of the Arkansas Cannabis Industry Association and a Charter Member of the Arkansas Hemp Association. In 2017, the Arkansas Economic Development Commission certified Mr. Workman in its Lean Manufacturing program. Mr. Workman received his HACCP (Hazard Analysis Critical Control Point) & SQF Food Safety Certifications in 2016. Mr. Workman agreed to render services as Vice President of Sales to the Registrant, and the Registrant agreed to compensate Mr. Workman with an annual salary of $78,000.00, and 100,000 shares of common stock deemed earned and vested at December 31, 2022.

The following exhibits are incorporated herein by reference: 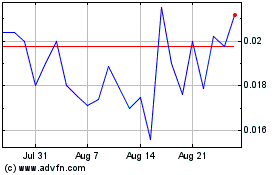 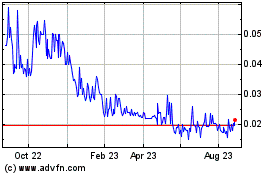 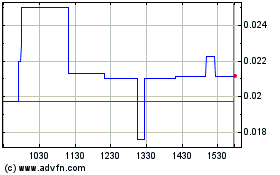