/NOT FOR DISTRIBUTION TO U.S. NEWS WIRE SERVICES OR DISSEMINATION IN THE UNITED STATES./

In 2020, Karnalyte completed the preparation of a pre-feasibility study of its proposed nitrogen project (the "Proteos Nitrogen Project"), continued to prepare the Wynyard Potash Project for development, engaged in a strategic review process with an external strategic advisor, and adapted and responded to new business conditions as a result of the Covid-19 pandemic. The Company also held a special meeting of shareholders requisitioned by a small group of dissident shareholders whose proposals were rejected by the Company's shareholders.

In 2020, the Company initiated a strategic review process to evaluate a broad range of potential strategic alternatives available to it including the evaluation of its existing and future projects and the analysis of potential financing alternatives, with a focus on determining what is in the best interests of Karnalyte and maximizing value for all of its shareholders. To assist in this process, the Company engaged MNP, a leading Canadian accounting, tax and business consulting firm, as its strategic advisor. MNP has extensive experience in the potash and nitrogen industries, including in-depth knowledge of the Saskatchewan area. Included in their scope of work in addition to assisting with the evaluation of a range of strategic alternatives, is an independent review of the pre-feasibility study Karnalyte completed on its Proteos Nitrogen Project. The strategic review has progressed, and continues to progress, despite the impact of the Covid-19 pandemic and the actions of dissident shareholders who requisitioned a special meeting and filed an originating application in court against the Company. The strategic review is heading into a market sounding phase as the Company continues to examine its options, including potential strategic partnerships.

Market Update – The fourth quarter of 2020 saw potash prices rally due to increases in cropland planted area in the United States. While potash prices in the US remain strong, prices globally have not rallied to the same extent as prices in North America. Both India and China settled annual contracts in 2021 at $247 per metric tonne, cost and freight, which is only slightly higher than 2020 contracts. Potash consumption in 2021 is forecast at between 68.6 to 70.5 million metric tonnes, up approximately 2 million metric tonnes from 2020 levels. At this level, the increase in annual demand would be above the expected increase in supply which theoretically should support higher prices in 2021. This demand is expected to grow to between 81.5 and 85 million metric tonnes by 2030. The Company will continue to closely monitor the situation.

During the fourth quarter of 2020, the Company completed a well workover development project at the Wynyard Potash Project site comprising two parts. One part was perforation work on the disposal well tubing throughout the approved injection zones of the Deadwood and Winnipeg Formations to increase the flow rate of waste brine that the well will accept. This technique is a standard tool developed for the oil and gas industry in North America and ultimately may allow for increased flow through the disposal well thus providing savings to the operating costs of Phase 1 of the Wynyard project. The second part of this project was to perform a temperature log test to demonstrate whether or not there is fluid leakage from the well to the overlying strata. Regular successful tests are necessary to allow the continued operation of the potash plant which cannot operate without functioning disposal wells. The project was a success in that a significant amount of disposal zone volume was added by the perforation work. As well, the test, pumping cold water into the well, recorded a temperature change that met the provincial government regulations.

Also during the fourth quarter of 2020, the Company took advantage of low oil field prices and purchased tubing and casing to be used in future brinefield development in the Wynyard Potash Project.

The Proteos Nitrogen Project remains under consideration as part of Karnalyte's future and may diversify our business by adding a second fertilizer product line. The Proteos Nitrogen Project is a proposed regional-scale nitrogen fertilizer plant to be located in central Saskatchewan, with a nameplate capacity of 700 metric tonnes per day ("mtpd") ammonia and 1,200 mtpd urea. Our primary target market is local, independent wholesalers within a ~400-kilometre radius of Saskatoon, with a secondary target market of Midwest USA wholesalers near the Canadian border.

In 2020, progress on investigating the viability of the Proteos Nitrogen Project included the completion of a pre-feasibility study which included investigating the economic and technical viability of the project. With input from local advisors in Canada, including Wood Canada, the prefeasibility study was initially prepared by Karnalyte's strategic partner and largest investor, Gujarat State Fertilizers and Chemicals Limited ("GSFC"), and ultimately updated and completed by Karnalyte. GSFC is India's premier fertilizer and chemical fertilizer manufacturing company and has over five decades of relevant experience in the production, sale and distribution of nitrogen fertilizer.

The prefeasibility study provided a review of key elements of the project, including site location, production process and technology options, process selection for both the ammonia and urea plants, and an analysis of raw material, utility and product specifications. The study also considered the environmental implications and risks inherent in the project, provided financial analysis and laid out a project implementation plan and schedule. While the prefeasibility study is not sufficient to conclusively arrive at a project execution decision, it allows the Company to determine whether the Proteos Nitrogen Project should remain in consideration as part of the Company's future business strategy.

Karnalyte is encouraged by the results of the prefeasibility study and similar to potash, nitrogen fertilizer prices have also been on a rally in recent months due to a supply/demand gap in the US due to an increase in cropland planted areas and an increase in demand from China. Karnalyte will continue to seek strategic partners for the Proteos Nitrogen Project and to consider it with discipline and caution due to the significant capital expenditures required to move the project forward. As noted above, included in the scope of work for the strategic review, is an independent review of the pre-feasibility study, the results of which will be announced when the market sounding phase of the review is complete.

2020 was a time of local and global uncertainty as protective public health measures put in place across the world in response to the Covid-19 pandemic resulted in lockdowns and stay home orders in many countries including Canada. Fortunately, fertilizer was deemed an essential industry across most of the world and production, distribution and consumption were not heavily impacted and overall agricultural prices to date have not been negatively impacted. We have seen an impact in the capital markets which have shown significant volatility during the past year. The Company has also experienced certain delays as a result of the impact of Covid-19 on some of our suppliers. We continue to monitor, assess, and respond to the effects of the Covid-19 pandemic on our employees, suppliers, and other stakeholders. We are reviewing, examining, and implementing the recommendations of our local public health authority including the implementation of safety protocols to help protect our employees and suppliers.

On July 27, 2020, the Company announced the appointment of Ms. Christie Gradin as interim Chief Financial Officer and that Ms. Danielle Favreau would continue in her role as interim Chief Executive Officer.

In 2021, the Company plans to complete the strategic review that was initiated in 2020 and solidify a strategic direction for the Company. The Company expects to announce the results of this review once the market sounding phase of the project is complete. It will also be necessary in 2021 for the Company to spend time and financial resources in dealing with various court actions commenced against it.

The costs incurred by the Company in 2020 related to the completion of a pre-feasibility study for the Proteos Nitrogen Project, the initiation of a strategic review, continued preparation activities related to the development of the Wynyard Potash Project and on responding to the requisition and related activities of the special meeting held on December 15th, 2020. As a result, on December 31, 2020, the Company had cash of $4.8 million, a positive working capital of $3.8 million, and no debt. The Company had adequate cash to fund all existing commitments in 2020. Furthermore, the Company has sufficient cash to meet short-term operating and capital requirements.

Karnalyte Resources Inc. is a development stage company focused on two fertilizer products, potash and nitrogen, to be produced and manufactured in Saskatchewan. Karnalyte owns the construction ready Wynyard Potash Project, with planned phase 1 production of 625,000 tonnes per year ("TPY") of high grade granular potash, and two subsequent phases of 750,000 TPY each, taking total production up to 2.125 million TPY. Karnalyte is also exploring the development of the Proteos Nitrogen Project, which is a proposed small-scale nitrogen fertilizer plant with a nameplate production capacity of approximately 700 metric tonnes per day ("MTPD") of ammonia and approximately 1,200 MTPD of urea, and a target customer market of independent fertilizer wholesalers in Central Saskatchewan.

ABOUT THE WYNYARD POTASH PROJECT

ABOUT THE PROTEOS NITROGEN PROJECT

The Proteos Nitrogen Project is an advanced stage development project consisting of a proposed small-scale nitrogen fertilizer plant to be located in Central Saskatchewan, having a nameplate production capacity of approximately 700 MTPD of ammonia and approximately 1,200 MTPD of urea, and designed to produce two products – anhydrous ammonia (82-0-0) and granular urea (46-0-0). Karnalyte's primary target market is independent local Saskatchewan fertilizer wholesalers within a 400-kilometer radius of Saskatoon, Saskatchewan. A secondary target market is the US Midwest fertilizer wholesalers near to the Canadian – United States border. The proposed plant would be the first greenfield nitrogen fertilizer plant built in Canada in the last 26 years.

Gujarat State Fertilizers & Chemicals Limited ("GSFC") is a leading Indian Fortune 500 chemicals and fertilizer company that has been in business for more than 50 years. GSFC currently operates one ammonia plant that was commissioned in the year 2000, and two urea plants that were established in 1969, at its fertilizer production complex in Vadodara, Gujarat State, India.

Certain information included in this press release is forward-looking, within the meaning of applicable Canadian securities laws. Forward-looking information is often, but not always, identified by the use of words such as "anticipate", "believe", "could", "estimate", "expect", "plan", "intend", "forecast", "future", "guidance", "may", "predict", "project", "should", "strategy", "target", "will" or similar words or phrases suggesting future outcomes or language suggesting an outlook.

The forward-looking statements contained in this press release are based on certain key expectations and assumptions made by Karnalyte, including, without limitation, assumptions as to: projected economics for the Company's planned potash production facility, the confirmation in an independent feasibility study of Karnalyte's assumptions regarding the technical and economic viability of the Proteos Nitrogen project, the ability of Karnalyte to obtain financing on terms favourable to the Company, and the ability of Karnalyte to receive, in a timely manner, the necessary approvals from the Company's board of directors, shareholders, regulatory authorities, and other third parties.

Karnalyte believes the expectations and assumptions upon which the forward-looking information is based are reasonable. However, no assurance can be given that these assumptions and expectations will prove to be correct. Accordingly, readers should not place undue reliance on the forward-looking statements and information contained in this press release. Without limiting the generality of the foregoing, readers are cautioned that the Company has not received a feasibility study prepared by a third party with respect to the Proteos Nitrogen project.

These forward-looking statements are made as of the date hereof and are expressly qualified in their entirety by this cautionary statement. Subject to applicable securities laws, the Company assumes no obligation to update or revise them to reflect new events or circumstances. 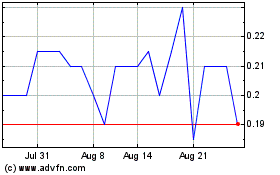 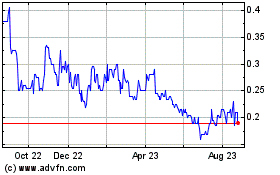 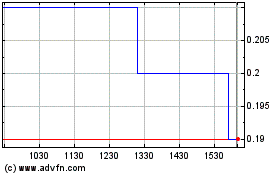