Almaden Minerals Ltd. (“Almaden” or “the Company”; TSX: AMM; NYSE American: AAU) is pleased to report initial results from the first hole drilled in 2021 in the Southeast Alteration Zone (“SE Alteration Zone”) of the Ixtaca property in Puebla State, Mexico. Drilling at Ixtaca has been planned to take a phased approach and will initially focus on targets established at the SE Alteration Zone which is located approximately one kilometre from the Ixtaca deposit area (See Figure 1).

After the first hole was abandoned in altered volcanic at 75.59m depth, the second hole of the program, TU-21-552 was drilled to a depth of 785.77 m. This hole encountered a highly altered volcanic unit overlying basement shaley carbonate sedimentary rocks, the transition to which is marked by a basal conglomerate breccia. This geologic succession is also seen in the Ixtaca deposit area. Anomalous pathfinder elements as well as some short intervals of elevated gold values were returned from the highly altered volcanic rocks. Immediately beneath the volcanic unit several dykes were intersected crossing the shale. These dykes are altered, veined and pyritised and are interpreted to be similar to the altered dykes seen in the Ixtaca deposit area. Highly altered and pyritised dykes were also intersected near the end of the hole. Hole TU-21-552 is interpreted to have cut the upper reaches of a large high level epithermal alteration zone. Further drilling is planned and ongoing elsewhere in the SE alteration as exploration continues for new as yet undiscovered vein systems. An interpreted section for hole TU-21-552 is provided in the news release along with a plan showing the SE Alteration Zone and drillhole locations. Additional more detailed sampling is being planned on as yet unsampled intervals from hole TU-21-552.

About the SE Alteration ZoneWork over the past several months at the SE Alteration Zone has included geophysics and geological mapping. As reported in the Fall of 2020, this area measures about 1.5 kilometres (km) east-west by 1 km north-south and is centred approximately 1 km southeast of the Ixtaca deposit.

The SE Alteration Zone comprises argillic (clay-altered) volcanics including clusters of anomalies identified from a hyperspectral survey that include the spectral signatures of important epithermal alteration minerals such as kaolinite, alunite and buddingtonite.

In November, 2020, the Company announced the discovery of several areas of veining cropping out within the SE Alteration Zone, and seventeen samples of the veining were collected and submitted for analysis to ALS Global in Zacatecas, Mexico. All but one sample returned below detection gold and silver, with the exception returning a value of 62 ppb gold. However, even though the outcrops are leached and weathered, many of the samples also returned elevated values of epithermal pathfinder elements which are commonly found in the higher parts of epithermal alteration zones. The presence of pathfinder elements in these samples is very encouraging as it corroborates the Company view that the SE Alteration Zone could represent the higher levels of a potential underlying epithermal system. It is quite typical that the higher parts of these systems contain negligible precious metals values.

The SE Alteration Zone lies outside of the current Ixtaca deposit resource area, which was the focus of a Feasibility Study (results of which were announced by the Company in December, 2018). A report titled “Ixtaca Gold-Silver Project, Puebla State, Mexico NI 43-101 Technical Report on the Feasibility Study”, which was prepared in accordance with NI 43-101, is available under the Company’s profile on SEDAR and on the Company’s website.

J. Duane Poliquin, Chairman of Almaden, stated, “This first hole has confirmed the large scale of the alteration in the SE Alteration and provided targeting for follow-up work which was the objective. The original Ixtaca discovery was made through clever geologic assembly of published information and on-the-ground observation of field data. This has resulted in the discovery of an economic gold-silver deposit as outlined in the Feasibility Study, with evidence (geologic, geochemical, geophysical) for the possibility of a similar deposit, as well as the possibility of deeper precious/base metal deposit(s). It is very exciting to return to prospect drilling of some of the blue sky targets that have been identified on this property.”

All work conducted as part of this program is being conducted in strict accordance with COVID-19 safety protocols, and employs local people wherever possible.

Norm Dircks, P.Geo., is a Qualified Person as defined by National Instrument 43-101 (“NI 43-101”) and has reviewed and approved the technical contents of this news release.

About AlmadenAlmaden Minerals Ltd. owns 100% of the Ixtaca project in Puebla State, Mexico, subject to a 2.0% NSR royalty held by Almadex Minerals Ltd. The Ixtaca deposit hosts a proven and probable reserve containing 1.38 million ounces of gold and 85.1 million ounces of silver (73.1 million tonnes grading 0.59 g/t Au and 36.3 g/t Ag). A report titled “Ixtaca Gold-Silver Project, Puebla State, Mexico NI 43-101 Technical Report on the Feasibility Study”, which was prepared in accordance with NI 43-101, is available under the Company’s profile on SEDAR and on the Company’s website. The Ixtaca Gold-Silver Deposit was discovered by Almaden in 2010.

On Behalf of the Board of Directors,

These forward-looking statements and information reflect the Company’s current views with respect to future events and are necessarily based upon a number of assumptions, including assumptions in respect of both Almaden’s and the applicable Mexican Authorities’ legal positions, that, while considered reasonable by the Company, are inherently subject to significant legal, regulatory, business, operational and economic uncertainties and contingencies, and such uncertainty generally increases with longer-term forecasts and outlook. These assumptions include: stability and predictability in Mexico’s mineral tenure, mining, environmental and agrarian laws and regulations, as well as their application and judicial decisions thereon; continued respect for the rule of law in Mexico; prices for gold, silver and base metals remaining as estimated; currency exchange rates remaining as estimated; availability of funds; capital, decommissioning and reclamation estimates; mineral reserve and resource estimates; prices for energy inputs, labour, materials, supplies and services (including transportation); no labour-related disruptions; all necessary permits, licenses and regulatory approvals being received in a timely manner; the ability to secure and maintain title and ownership to properties and the surface rights necessary for operations; community support in the Ixtaca Project; and the ability to comply with environmental, health and safety laws. The foregoing list of assumptions is not exhaustive.

A photo accompanying this announcement is available at https://www.globenewswire.com/NewsRoom/AttachmentNg/7bfa026b-9ad7-4d33-bd2b-914c398c0e37 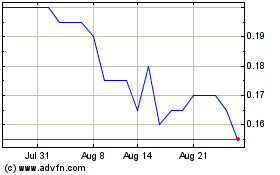 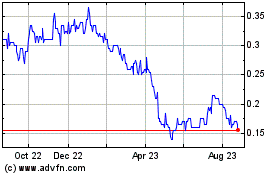 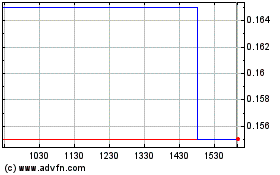