Today Endeavor (NYSE: EDR), a global sports and entertainment company, announced it has named Richard Weitz and Christian Muirhead co-chairmen of its WME talent agency, succeeding chairman Lloyd Braun who plans to step down at the end of 2022.

“I would like to thank Lloyd for his leadership over these past three years, navigating WME through the pandemic and setting the agency on course for its best financial year on record,” said Mark Shapiro, President, Endeavor. “Lloyd has left an indelible mark on WME and laid a strong foundation for the future.”

Continued Shapiro: “The appointment of Richard and Christian marks a truly transformative day for WME, which continues to be the inspirational core of Endeavor. I’ve seen first-hand their innate ability to lead, to build meaningful relationships, and to leverage the broader Endeavor network in service to our clients’ aspirations. Coupled with their deep understanding of the entertainment landscape, I can say with certainty that there are no better or more complementary individuals to now lead the agency.”

Weitz, a WME Partner and leader within its scripted television department, represents a wide array of actors, comedians, musicians, writers, producers, and directors. He first joined the Endeavor talent agency (which would evolve into the current-day WME) in 1997. He was promoted to Partner in 2002 when he was also named head of the agency’s television packaging department. Prior to Endeavor, Weitz spent time at InterTalent Agency and ICM where he met Ariel Emanuel and Rick Rosen with whom he would play a critical role in shaping Endeavor in its early years. An active philanthropist, Weitz created a fundraising platform, ‘RWQuarantunes,’ which would go on to raise more than $35 million over two years for COVID-19 related causes and many other health and social justice organizations in need.

Said Weitz of the appointment, “WME is home to me, and I’m thrilled to carry on its century-long history and help set the course for its next 100 years. I’ve had the privilege of working with some of the most talented artists, agents, and industry executives for over 25 years. I’m humbled to have this incredible opportunity to expand on those relationships and introduce new ones, while working with Ari Greenburg, Dan Limerick, and the entire management team to create further value for our clients.”

Muirhead, meanwhile, has been with the company for 18 years and has served as Endeavor’s Chief Communications Officer (CCO) since 2014. He first joined the William Morris Agency in 2004 and was named its communications lead in 2008. Following its merger with the Endeavor talent agency in 2009, Muirhead became WME’s Head of Communications and was instrumental in the integration of the two agencies. Muirhead was shortly thereafter named a WME Partner. He previously worked in international publicity at Warner Bros. Pictures.

As Endeavor’s CCO, beginning with WME’s acquisition of IMG in 2014, Muirhead has orchestrated the communications strategy for more than 30 acquisitions and new business launches. He played an integral role in Endeavor’s public readiness project leading to its IPO in 2021, and has led a global communications team supporting subsidiaries including WME, UFC, and IMG, as well as groups specializing in corporate marketing and branding, events and hospitality, social media, and creative design. Additionally, Muirhead co-runs Endeavor’s government relations practice and oversees its social impact efforts. He also leads the company’s architecture team, whose remit is to leverage the collective power of the Endeavor network to unlock value for its clients and owned assets.

“Having started my journey at WME, I’ve had a front row seat to the evolution of the entertainment business and the growing influence of talent in shaping it,” said Muirhead. “I look forward to leveraging the full scale and depth of Endeavor’s network on our clients’ behalf, forging connections and creating opportunities to help them build industry-leading brands and businesses.”

WME is one of the world’s preeminent talent agencies and continues to be an integral part of Endeavor’s work at the convergence of sports, entertainment, and fashion. Recently, Endeavor announced the formation of a new WME Fashion division bringing together the company’s fashion representation and management firms, along with its events business, under one roof to optimize client offerings. It similarly brought its sports representation businesses together in 2019 under the WME Sports moniker. 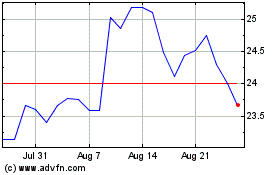 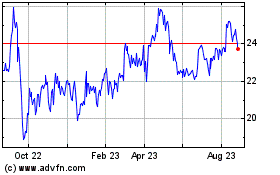 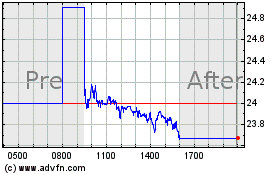