Steak 'n Shake Inc. is preparing for a possible financial restructuring and has hired an advisory firm to evaluate options as the Covid-19 pandemic continues to hit the casual-dining sector hard, according to people familiar with the matter.

The Indianapolis-based burger-and-milkshake chain hired FTI Consulting Inc. to advise on a restructuring strategy, the people said. Steak 'n Shake, owned by entrepreneur Sardar Biglari's eponymous holding company, has struggled with restrictions on indoor dining and has a $153 million loan coming due in March, they said.

The company, which as of September operated 260 restaurants across the U.S., Europe and the Middle East, in addition to more than 200 franchises, sparked a fight with lenders over the summer by putting 15 locations up for sale. Lenders said any proceeds from the sale had to be used to pay down debt and couldn't be reinvested in the business. Steak 'n Shake sued the lenders' trustee Wilmington Trust NA in New York federal court in August but dropped the complaint last week.

Law firm Latham & Watkins LLP, which handled the litigation for Steak 'n Shake, continues to advise the company, the people familiar with the matter said. The lenders are advised by law firm Arnold Porter Kaye Scholer LLP and AlixPartners LLP.

The company is now exploring a possible out-of-court restructuring of its debt and lease obligations or a bankruptcy filing, the people said.

The pandemic has taken a heavy toll on Steak 'n Shake's business. The company reported $78.3 million in revenue for the third quarter of 2020, down from $141.4 million over the same period the prior year.

Biglari Holdings said in November in its third-quarter earnings report that after having had to close many of its Steak 'n Shake dining rooms as Covid-19 began spreading, the company is aiming to shift from a full-service model to a self-service model when reopening them, to save costs. But the company said it needs to make capital investments to complete these conversions, while lenders are blocking it from accessing the needed funding.

Biglari Holdings' restaurant division, which also includes four Western Sizzlin Corp. steakhouses that the company operates itself and 48 Western Sizzlin franchises, saw same-store traffic decline by 54% during the quarter, largely due to the pandemic, according to the earnings report.

Steak 'n Shake traces its roots to a hamburger stand founded in 1934. It passed through a series of owners before Mr. Biglari took control in 2008 and invested heavily in expanding the business throughout the U.S. and abroad.

Many casual-dining companies have posted double-digit sales declines during the coronavirus pandemic, with those that built operations around serving customers in dining rooms facing the most severe threat. Some, including Ruby Tuesday Inc., California Pizza Kitchen Inc. and Sizzler USA Inc., have filed for bankruptcy protection.

Jonathan Randles contributed to this article.

Write to Alexander Gladstone at alexander.gladstone@wsj.com and Aisha Al-Muslim at aisha.al-muslim@wsj.com 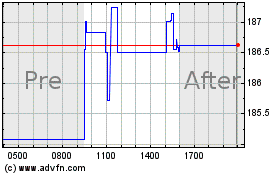