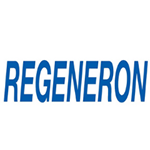 Regeneron Pharmaceuticals Inc. said its antibody drug reduced coronavirus infections by half in people at high risk, a preliminary sign the therapy could be given to temporarily prevent Covid-19.

None of the patients receiving the drug developed symptoms from the virus, Regeneron said Tuesday, providing an interim analysis of a continuing study.

Given the drug's performance, Regeneron said it would discuss the possibility of authorizing the drug as a temporary vaccine with U.S. regulators. Complete trial data from the study is expected early in the second quarter, the company said.

Regeneron's data indicate that antibody-based drugs could help provide temporary protection against Covid-19 as the U.S. and other countries grapple with limited supplies of vaccines. The drugs are thought to provide protection for at least one month.

Eli Lilly & Co. said last week that its antibody drug also prevented many infections in a study of nursing-home patients.

Uptake of the drugs, which then-President Donald Trump credited with his recovery from Covid-19, has been scant so far as hospitals have struggled to set up infusion centers to administer them.

The Regeneron drug is easier to use to prevent new infections because it can be given as a shot rather than an hourlong infusion.

Antibody drugs are lab-made molecules that mimic the natural antibodies created by the immune system to fight off viruses.

There is some concern that new variants of the coronavirus may be resistant to some of the drugs, and several companies and academic groups are working to develop new versions of the medicines that will work across new variants that emerge.

The data released by Regeneron on Tuesday was from a study of people at high risk of infection because they shared a household with someone exposed to the virus. The analysis included about 400 of the 2,000 people enrolled in the study.

Regeneron issued the data in a press release, and the findings haven't yet been published in a peer-reviewed scientific journal.

Among patients who received Regeneron's drug, 5.4% tested positive for Covid-19, compared with 10.3% of those who received placebos. None of the people taking the drug developed symptoms from the virus, compared with about 3.6% of people receiving placebos, Regeneron said.

The average age of patients in the study was 43, and about half were Hispanic and 13% were Black.

"These data using REGEN-COV as a passive vaccine suggest that it may both reduce transmission of the virus as well as reduce viral and disease burden in those who still get infected," George Yancopoulos, Regeneron's president and chief scientific officer, said.

Separately, Lilly said injecting a combination of two of its antibodies into infected patients with early symptoms of Covid-19 reduced their risk of dying or being hospitalized by 70% in a late-stage, or Phase 3, clinical trial.

The company said the treatment reduced viral levels and improved symptoms in the patients, many of whom were at risk of worsening to severe disease because they were at least 65 years old, obese or had another health condition.

Lilly said that among 1,035 patients in the study, there were no deaths among patients taking the two-antibody combination, and 10 deaths among those who received a placebo.

Lilly had reported some interim data from the study in October, and provided more results in a press release Tuesday. The new results haven't yet been published in a peer-reviewed medical journal.

The company has asked the U.S. Food and Drug Administration to authorize the emergency use of the two-antibody combination to treat people with mild to moderate Covid-19 who are at high risk of worsening to severe disease.

Lilly said it was working with the FDA to try to shorten the infusion time for the drug to as little as 16 minutes from an hour, to help make it more convenient. 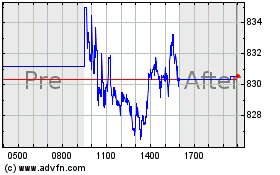