Ides Capital Management, LP (together with its affiliates, “Ides”) is a New York-based investment advisor that engages with corporate boards and management teams to drive long-term shareholder value, sustainable change and inclusive outcomes at small and mid-capitalization publicly traded companies.

Ides, a long-term shareholder of Monro, Inc. (“Monro” or the “Company”) (NASDAQ: MNRO) is gratified that, on the heels of Ides’ “Vote No” campaign, Monro’s common shareholders have sent a resounding signal that change to Monro’s Board of Directors (the “Board”) is warranted: a majority of Monro’s voting common shareholders withheld their support from Directors Donald Glickman and Lindsay Hyde.

Ides further underscores that Monro’s common shareholders have put Directors John Auerbach and Leah Johnson on strong notice, having been reelected through the narrowest of margins, with Director Auerbach receiving a mere 52% vote and Director Johnson receiving a 56% vote. Moreover, Director Michael Broderick, who has held the position of Monro CEO for less than a year and a half, received a 32% withhold vote in his very first appearance as a director candidate at Monro’s Annual Meeting.

In light of the back-to-back annual meeting shareholder votes mandating change at long-term underperformer Monro, Ides believes the Board must take action on four key matters, which we detail below. These matters include: (1) the immediate resignations of Directors Glickman and Hyde (2) the commencement of a recapitalization of the Company’s multi-class structure into a single class of voting stock with equal rights (3) the retention of a director placement agency in tandem with shareholder input to retain new boardroom talent including independent directors with automotive industry operating experience and (4) the creation of a strategic review committee to explore superior alternatives for Monro’s shareholders.

In Monro’s recent press release, the Company seemingly concedes Director Glickman’s and Director Hyde’s forthcoming resignations though simultaneously attempts (in vain) to pull the wool over shareholders’ eyes by delaying their departures “until” some undefined time before next year’s annual meeting. In support of this delay, Monro cites several weak and irrelevant justifications. The reality is that there is only one truly pertinent fact to the matter at hand. Monro’s shareholders have spoken for themselves and have rejected two of the Company’s nominees: Directors Glickman and Hyde failed to receive majority support and, accordingly, should promptly resign.

Monro’s failure to accept the majority vote of its common shareholders is part of a troubling pattern of the Board’s overarching disregard of shareholders’ will as expressed through their votes. To be clear, it is not that shareholder mandates do not exist at Monro. It is that shareholder mandates do exist but are rejected on the basis of the Board’s “belief” that it knows − better than shareholders themselves − what is in “shareholders’ best interests.” Last year, 88% of Monro’s voting common shareholders supported Ides’ proposal requesting that the Board take steps to initiate and undertake a recapitalization at the annual meeting of shareholders. That recapitalization mandate remains unsatisfied and must immediately be effectuated by the Board if it wishes to sidestep any hints of a “kangaroo court” modus operandi.

Monro’s press release additionally details that the Company intends to expand the Board in order to add new talent. Conceptually, we agree with this recently announced effort to augment the Board with new directors possessing skills, attributes and expertise the current Board sorely lacks. We believe, however, it is imperative that we shed some “disinfecting sunlight” in the form of background information and context around the many deep-seated flaws in Monro’s director mix and recruitment process – issues that Ides has repeatedly communicated to the Board. At the outset, however, we underscore that there should be no immediate need to expand the size of the Board given the two seats that should be vacated in accordance with the 2022 shareholder vote.

Over many years, Ides has conveyed to Monro’s Board our numerous concerns with its composition including our contention with fact that the boardroom has remained largely homogenous and long-tenured since the Company’s IPO. This scenario has potentially generated significant risks and missed opportunities for Monro’s stakeholders. After many conversations and shortly after Ides’ June 2020 letter to the Board directly addressing the need for a more diverse director slate, Director Leah Johnson was nominated and elected which, as we understand it, represents the first instance of racial, ethnic or multicultural director diversity as well as the first instance of two concurrently serving gender-diverse directors in Monro’s approximately three decades as a publicly traded company.

Not long after Ms. Johnson’s election, Ides discussed the Board’s recruitment policies with Chairman Robert Mellor – a conversation that prompted in Ides a second meaningful concern about Monro’s boardroom. When asked to provide context around director qualifications, Chairman Mellor cited the Class C Preferred Holder’s long-term relationships with Monro’s directors as the first “qualification” among an alarmingly short list of prerequisites. It should go without saying that a long-standing relationship with an existing fiduciary is not only not a qualification, it is a red-flag for board service.

On multiple occasions and in a letter to the Board, Ides has communicated our profound concern that Monro’s Board comprises “a group where at least a majority of directors have deep ties to one another outside of the scope of their service at Monro. These ties, for example, include prior employment, advisory, non-Monro boardroom and social relationships.” There have been no changes to the Board’s composition since Ides penned that letter and, as our observation was never affirmatively corrected by the Board, we can only surmise that our troubling observation was and remains accurate.

Which brings us to a third and, for the time being, final point concerning new director recruitment at Monro.

With respect to the Board’s acknowledgement that significantly more support and talent is not merely warranted but imperative, we wholeheartedly agree, though we also take this opportunity to address what we believe Monro shareholders will consider to be an elephant in the Monro boardroom.

Apart from CEO Michael Broderick, it appears that there is not a single, independent Monro director with automotive industry experience.

But, as far as we know and as far as is disclosed in the Company’s proxy statements, not a single Monro director has had any professional operating experience within the automotive industry.

Remedying this glaring and confounding void in requisite experience and expertise is the appropriate starting point in Monro’s Board refreshment process. In light of our long-term engagement and many concerns, including the three highlighted herein, Ides believes that any efforts to retain new Monro directors must be undertaken at an arms-length distance through the retention of a director placement agency. Such an agency can also assist Monro’s Board with the creation of a more appropriate skill set, experience and attribute matrix. Moreover, this process should incorporate input and feedback from the Company’s shareholders, including Ides Capital.

Finally, Monro’s Board should promptly form a strategic review committee tasked with two near-term objectives. First, the receipt and review of potentially interested parties and prospective offers. Second, the creation of a clear plan and path towards better outcomes for shareholders including the disclosure of performance and valuation objectives which will provide a baseline of comparison for potential strategic initiatives and interest. This committee should further be tasked with providing detail around the far from “consistent” (as is the Company line) but rather novel material risk factors related to the Class C Preferred Shares as disclosed in Monro’s 2022 proxy statement and annual report for the first time in the Company’s approximately three-decade history as a publicly traded company filing disclosures under the SEC’s reporting regime.

To review recent history, in 2021, 88% of Monro’s voting common shareholders supported Ides’ proposal requesting that the Board take steps to initiate a recapitalization plan. To date, the Board has failed to meaningfully act.

In 2022, two of Monro’s incumbent directors were voted out by a majority of voting common shareholders.

2023 is just around the corner and we believe that Monro’s Board has reached a fork in the road. The Board can choose to overhaul its worst-in-class corporate governance and take concrete action to repair the breakdown in its fiduciary relationship with its common shareholders. Or it can forgo the pomp and circumstance charade of hosting a common shareholder annual meeting and instead host a meeting that more accurately captures Monro’s corporate governance dysfunction − an annual meeting attended by a single, preferred voter.

Ides Capital does not hope but rather expects that Monro’s Board will not resort to dallying around until next year’s annual meeting to test out the veracity of whether “the third time’s the charm.” Shareholders have made clear that the time for change at Monro is now and Ides Capital stands prepared and committed to assisting Monro’s Board in successfully delivering positive and more inclusive outcomes for Monro’s stakeholders, including long-term value creation for shareholders. 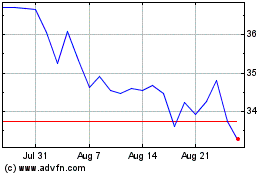 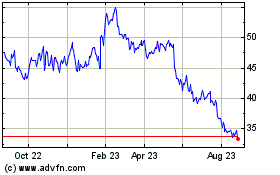 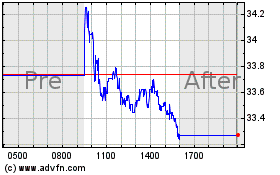