Kazia CEO, Dr James Garner, commented, "this is the second time that paxalisib has been granted RPDD, and it demonstrates the importance of childhood brain cancer in the overall paxalisib development program. Brain cancer is the most common cause of cancer death in children, and outcomes in many forms of childhood brain cancer have not improved in decades. We very much hope that paxalisib can make a difference to families affected by both DIPG and AT/RT, and we will be working closely with clinicians, researchers, and FDA to determine the optimal way to move the drug forward."

The Food and Drug Administration Safety and Innovation Act (2012) established FDA's RPDD initiative. RPDD may be granted to drugs in development for diseases which primarily affect children (under the age of 18 years), have an incidence of less than 200,000 new cases per annum in the United States, and which are serious or life-threatening.

A sponsor of a drug with RPDD may request a Rare Pediatric Disease Priority Review Voucher (PRV) at the time of a marketing application to FDA. In effect, the PRV shortens the FDA review period for a future marketing application of any drug from 12 months to 6 months. PRVs can be sold to other companies and have historically been transacted at prices in the tens to hundreds of millions of dollars. For a large company launching a billion-dollar drug, the six-month acceleration in regulatory review can be of substantial economic value. In 2019, five pediatric PRVs were granted by FDA.

A phase II clinical trial of multiple drug therapies, including paxalisib, is ongoing, under the sponsorship of the Pacific Pediatric Neuro-Oncology Consortium (PNOC) (NCT05009992). This study combines several investigational drugs in the treatment of patients with diffuse midline gliomas (DMGs), a category which includes DIPG. Initial data from this study is anticipated in CY2023.

A phase I study of paxalisib in DIPG, led by St Jude Children's Research Hospital in Memphis, TN (NCT03696355), is nearing completion, and final data is expected to be submitted for publication by the end of CY2022.

Our lead program is paxalisib, a brain-penetrant inhibitor of the PI3K / Akt / mTOR pathway, which is being developed to treat glioblastoma, the most common and most aggressive form of primary brain cancer in adults. Licensed from Genentech in late 2016, paxalisib commenced recruitment to GBM AGILE, a pivotal study in glioblastoma, in January 2021. Seven additional studies are active in various forms of brain cancer. Paxalisib was granted Orphan Drug Designation for glioblastoma by the US FDA in February 2018, and Fast Track Designation for glioblastoma by the US FDA in August 2020. In addition, paxalisib was granted Rare Pediatric Disease Designation and Orphan Designation by the US FDA for DIPG in August 2020, and for AT/RT in June 2022.

Kazia is also developing EVT801, a small-molecule inhibitor of VEGFR3, which was licensed from Evotec SE in April 2021. Preclinical data has shown EVT801 to be active against a broad range of tumour types and has provided compelling evidence of synergy with immuno-oncology agents. A phase I study commenced recruitment in November 2021.

This document was authorized for release to the ASX by James Garner, Chief Executive Officer, Managing Director. 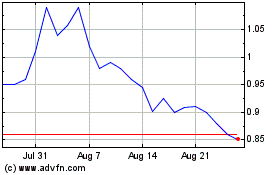 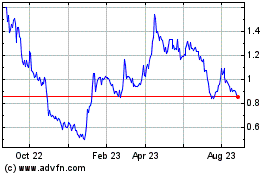 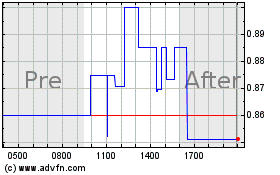